Death of black man in supermarket in Porto Alegre has international... 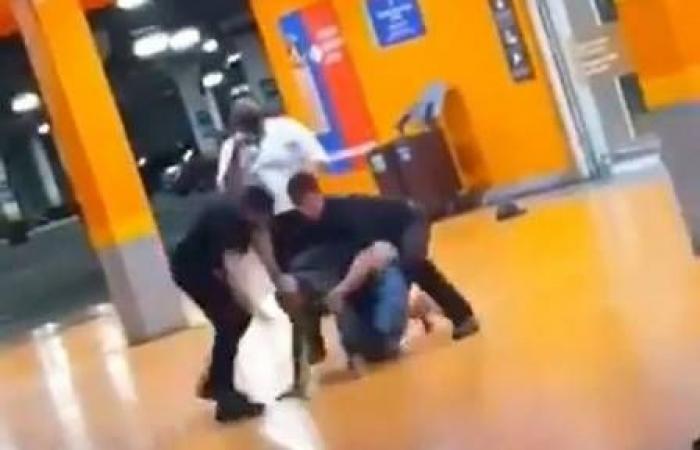 SÃO PAULO – The episode of the death of João Alberto Silveira Freitas, a 40-year-old black man, after being beaten by security guards at a unit at the Carrefour supermarket in Porto Alegre, gained space in several major newspapers in the United States, USA and Europe. Almost all the vehicles that reported the event highlighted both the episode of aggression and the protests that followed, especially in São Paulo, where a Carrefour store was destroyed.

The Washington Post in the American capital published two reports, the first of which highlighted the victim’s name. “Death of João Freitas, assaulted by security guards at Carrefour, infuriates Brazil”, was entitled an article about the case in Rio Grande do Sul. Another one reported the protests in the rest of Brazil: “Death on the eve of Black Awareness Day in Brazil unleashes fury “.

LOOK: ‘They got their George Floyd’, says Eduardo about black man murdered in the market

‘They got their George Floyd’, says Eduardo about black man murdered in the market

The Bloomberg news agency also highlighted the name of the supermarket chain in the headline of a report: “Brazilians protest after a black man was killed in a Carrefour store”.

In France, the newspaper Le Monde also highlighted in its material the name of the company, which is of French origin: “Indignation in Brazil after a black man was killed by two security agents in a Carrefour”.

LOOK: ‘It’s a monstrosity’, says João Alberto’s daughter about her father’s death after being beaten

The BBC TV network and the UK’s “Guardian” newspaper, in addition to “El País” in Spain, highlighted the death of the protests, as well as Germany’s Deutsche Welle agency.

Both US and European vehicles included in their texts comparisons of what happened in Brazil with anti-racism protests in the USA after the death of the American George Floyd in Minneapolis, a black man who had been immobilized by two white police officers. Washigton Post, BBC, Detsche Welle and American public radio NPR mentioned the similarities.

The NPR also highlighted a statement by Vice President Hamilton Mourão, who said he did not believe that racism exists in Brazil.

These were the details of the news Death of black man in supermarket in Porto Alegre has international... for this day. We hope that we have succeeded by giving you the full details and information. To follow all our news, you can subscribe to the alerts system or to one of our different systems to provide you with all that is new.