Jonathann Daval sentenced to 25 years in prison for the murder... 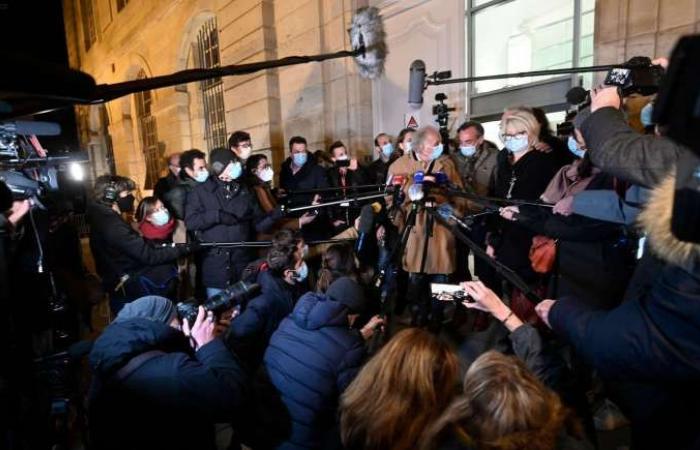 Jonathann Daval was sentenced this Saturday by the Assize Court of Haute-Saône to 25 years of criminal imprisonment for the murder of his wife Alexia, at the end of a breathless and hyper-publicized trial. After two and a half hours of deliberation, the jurors therefore rendered a more lenient verdict than the requisitions of Advocate General Emmanuel Dupic who had requested life imprisonment.

In his box, Jonathann Daval welcomed the decision, impassive. “Sorry, sorry”, he implored, his gaze turned to Alexia’s parents, before the court retired to deliberate in the early afternoon. In his indictment, Mr. Dupic had pointed a “conjugal crime (…) almost perfect“, perpetrated according to him by the accused on the grounds that Alexia wanted to leave him, his defenders warning against a “judicial butchery”.
The prosecutor had also appealed to the “courage“jurors.”Due to the media coverage of this case, this decision will be watched “, he had noted, before requesting “life imprisonment “, without penalty of safety. There too, Jonathann Daval had hardly flinched.
“I think (…) that he killed her because Alexia wanted to leave him, quite simply“had supported Mr. Dupic who portrayed the accused in”manipulateur “et en “liar”.

What crimes “particularly appalling “, this is “a case of conjugal crime which has become, due to media coverage, extremely emblematic”, he had also underlined, rejecting in addition the thesis of a murder committed after a simple marital dispute.
“A world is falling apart for Jonathann Daval. Alexia ends the relationship“and “the scenario was that, we were not to find the corpse, Jonathann remained in this family“, according to Mr. Dupic, hence the concealment of the body in a wood and, above all, the attempted cremation.
“The truth cannot be heard: it’s terrible to kill a woman because you don’t want her to leave you “, again lambasted the Advocate General.

Jonathan Daval’s lawyer, Me Randall Schwerdorffer assured that the murder was “not premeditated, not thoughtful. “” This is called + a stroke of blood +“, he said in a voice of stentor. “Life imprisonment is a sentence handed down for the most dangerous criminals in society: Francis Heaulmes, child killer, Michel Fourniret, Marc Dutroux, Guy Georges… What do Jonathann Daval have in common? None. Yes, the media coverage “, continued Me Schwerdorffer, who surveyed the Assize Court facing the jurors.

“Jonathann is indeed a criminal. He does not dispute it, you are going to judge him. But a judgment is not revenge. What we are asking of you, on the benches of the civil parties, is revenge, to because of the media, lies, because he betrayed his in-laws (…) All that makes the Daval affair is the media coverage “, he insisted.
Her colleague, Me Ornella Spatafora, rejected all “criminological danger “ of his client, urging the jurors to pronounce “a fair sentence “ who “will punish Jonathann for what he did and the man he is “.
During the debates, Jonathann Daval, a 36-year-old computer scientist, admitted to intentionally killing his wife. “I have more of a future (…) I have to pay for the acts I have committed“, admitted Friday this emaciated thirty-something with the appearance of frail teenager, victim Wednesday evening of a vagal discomfort in full interrogation.

Thursday, he had returned at length to the evening of the crime, which took place at their home on the night of October 27 to 28, 2017, against the backdrop of acute marital difficulties: Alexia ardently wanted a child but her husband, who suffered from troubles erection, escaped more and more. That evening, he said he refused his wife sex. A violent argument would then have broken out. The trigger? Alexia allegedly bit him, according to her words, causing her to rage: “The bite got me mad“.

He hits her and strangles her: it is “the anger of all these years which has emerged (…) Hence the strangulation for her to be silent“he said, arguing that Alexia “humiliated him”.
The next day he takes the body to a wood and sets it on fire before giving the alert, claiming that his wife has not returned from her jogging. Alexia’s body will be found two days later. For three months, his face of a grieving widower will appear in all media, helping to fuel the intense media coverage of this case in the midst of the MeToo wave.

These were the details of the news Jonathann Daval sentenced to 25 years in prison for the murder... for this day. We hope that we have succeeded by giving you the full details and information. To follow all our news, you can subscribe to the alerts system or to one of our different systems to provide you with all that is new.