One of them embraces and the other carries the other and... 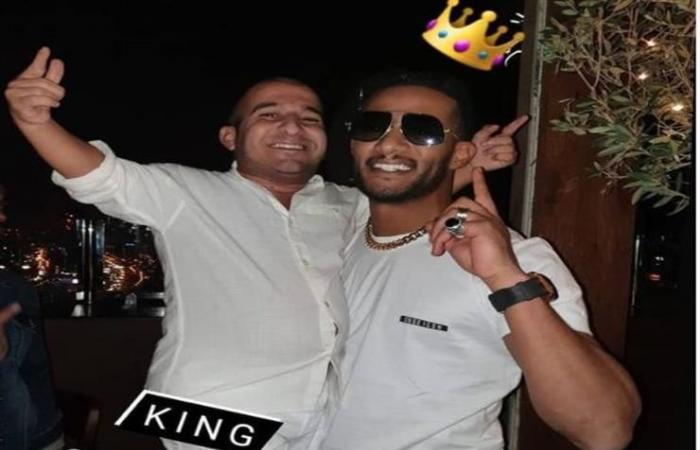 Emirati Hamad Al Mazrouei sparked widespread controversy on social networks, after he posted a picture in which he appears with the artist Mohamed Ramadan, and next to them the Israeli singer Omer Adam (Omir Adam), taken for them in Dubai.

After that, the official page in Arabic of the State of Israel on the “Facebook” website published the same picture, and “Israel speaks Arabic” commented on the picture, saying: “Art always brings us together … Egyptian star Mohamed Ramadan with Israeli singer Omir Adam in Dubai.”

Ramadan appeared in the picture, hugging the Israeli artist, which has sparked widespread controversy over the photo since its publication.

Before Ramadan responds and publishes a video clip of him taking many photos with his fans at Dubai airport, he commented on “Instagram”: “There is no room for me to ask everyone about his identity, color, nationality, and religion .. The Almighty said: (You have a religion) I have a religion. … trust in God, success. “

It did not end there, and in conjunction with the attack on Muhammad Ramadan, a new photo appeared that brings him together with a second Israeli citizen, the Israeli actor and entrepreneur, Elad Tsafany – Elad Tsafani.

After that, a third picture appeared of Muhammad Ramadan, accompanied by a new Israeli, footballer Dia Sabaa, star of the UAE club Al-Nasr and the first Israeli player in the Arab Gulf states.

Ramadan appeared while standing and pointing with his hand the sign “Number 1” for which he was famous.

For his part, Dr. Ashraf Zaki, the captain of the acting professions, said that he spoke with the artist, Muhammad Ramadan, after the publication of a picture of him with the Israeli singer Omer Adam (Omir Adam), and he told him that he was not aware of his identity before taking a picture with him.

Zaki added, during a phone call to the “On My Responsibility” program: “Ramadan said: I swear by God, I did not know who is who, I was in an Arab country and photographed these pictures, and I am not required to ask everyone who imagines with me to say your nationality what is it.”

He continued: “Muhammad Qali: I was in an Arab country, not in Israel, and by God Almighty I did not know who is who, this is one I imagine with me like hundreds of people who have imagined me … I do not think that Muhammad Ramadan’s intelligence is betraying him that he imagines with an Israeli .. Muhammad.” Not that stupid. “

These were the details of the news One of them embraces and the other carries the other and... for this day. We hope that we have succeeded by giving you the full details and information. To follow all our news, you can subscribe to the alerts system or to one of our different systems to provide you with all that is new.