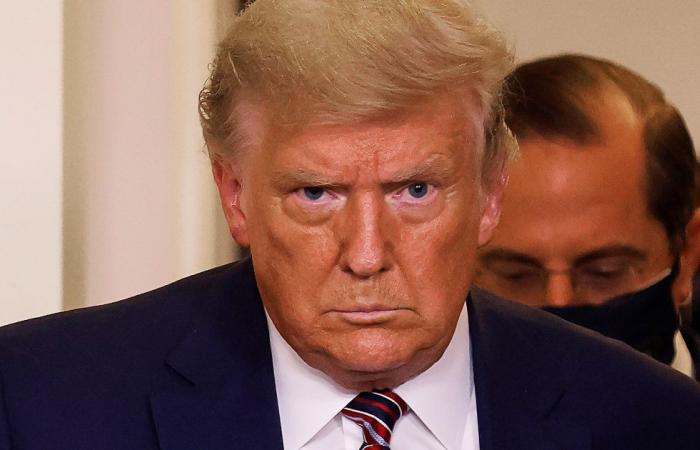 US President Donald Trump’s desperate attempt to overturn the November 3 election results received a double blow on Friday after Georgia battlefield state officials certified Joe Biden’s victory and key lawmakers Michigan Republicans said they had no information that would justify overturning the result of the vote in that state.Biden, a Democrat, is preparing to take office on Jan.20, but Trump, a Republican, has refused to concede and his team is seeking to invalidate or reverse the results through lawsuits, recounting and undermining the certification of the results in some states, claiming – without proof – widespread electoral fraud.

Trump’s critics have called the effort of an unprecedented push by a sitting president to reverse the will of voters.

Georgian Secretary of State Brad Raffensperger announced on Friday that a manual recount and audit of all ballots cast in the southern state had determined Biden to be the winner.

Biden is the first Democrat to wear Georgia since 1992.

“The numbers reflect the verdict of the people, not a decision by the secretary of state’s office or courts, or either campaign,” Raffensperger, a Republican and Trump supporter, told reporters. Official figures on the Secretary of State’s Office website show Biden winning the state by 12,670 votes.

Georgia Gov. Brian Kemp, a Republican, said he was required by law to formalize the certification of results, “which paves the way for the Trump campaign to pursue other legal options in a separate recount. if they wish ”. But he also said the audit found errors in the initial vote count.

Trump had previously expressed his dismay, saying on Twitter that Georgian officials refused to “let us examine signatures that would expose hundreds of thousands of illegal ballots” and give him and his party “a BIG WIN” .

The president did not provide any evidence to support his claim.

Trump on Friday also summoned a delegation of Republican lawmakers from Michigan, including the state Senate majority leader and the Speaker of the House, in an apparent expansion of his efforts to persuade judges and election officials state to set aside Biden’s 154,000-vote margin. victory and declare it the winner.

But in a statement released after the Oval Office meeting, Senate Majority Leader Mike Shirkey and House Speaker Lee Chatfield said they had confidence in a review of Michigan’s electoral process led by lawmakers. of State.

“We have not yet been informed of any information that would change the outcome of the Michigan election and as legislative leaders we will follow the law and go through the normal process regarding Michigan voters as we have said. throughout this election, ”their statement said.

Nationally, Biden won nearly six million more votes than Trump, a difference of 3.8 percentage points. But the outcome of the election is determined at the Electoral College, where each state’s electoral votes, based largely on population, are usually awarded to the winner of a state’s popular vote.

Biden leads by 306 votes to Trump’s 232 as states strive to certify their results at least six days before the Dec. 14 election college meeting.

Alan Fisher of Al Jazeera, reporting from the White House, said Trump “was running out of room and out of days.”

“The Trump campaign has lost 33 court cases, and it’s getting harder and harder to see how Donald Trump can possibly overthrow the election. Three states will meet to certify the results on Monday – Michigan, Pennsylvania and Arizona. The best hope he has in any of them is that Republican-controlled legislatures will not agree to certify the results. But that seems highly unlikely.

The Associated Press reported that Trump is also considering inviting Pennsylvania lawmakers to the White House, while Trump’s former national security adviser John Bolton tweeted that “the president could call Republican lawmakers and others in the White House to try to press them ”.

White House press secretary Kayleigh McEnany told reporters the meeting with Michigan officials was “not an advocacy meeting” and insisted that Trump “meet regularly” with lawmakers from across the country. country. But such meetings are, in fact, rare, especially since Trump has maintained a low profile since the election.

For the Trump campaign to be successful in the effort to reverse the results in battlefield states, it would require convincing three state legislatures to intervene against the vote count as it stands, but then do uphold these actions by Congress and, almost certainly, the United States Supreme Court.

Pressure on Trump to begin the formal transition process has intensified, with a few more Republicans expressing doubts about Trump’s fraudulent voting allegations.

Senator Lamar Alexander of Tennessee, who is retiring at the end of the year, said Biden had “a very good chance” of becoming the next president and that the loser of the election should “put the country first. “.

There is a “right and wrong way” for Trump to challenge what he considers election irregularities, Senator Susan Collins from Maine said in a statement. “The right way is to gather the evidence and mount legal challenges in our courts. The wrong way is to try to pressure state election officials.

Yet the vast majority of Republicans in Congress have yet to publicly acknowledge Biden’s victory.

Al Jazeera’s Fisher blamed the Republican’s reluctance to “take over” the party by the president.

“He has the power of his base behind him. He has the power of social media, he could make or break a career, even that of senators. Remember, Trump went after Jeb Bush in the early days of the primaries and knocked him out as a force. He was the guy everyone thought was the potential candidate, ”said Fisher.

“He’s got a lot of power and so no one is going to tell him yet, you know what, you’re out of angles and you can’t do much more and that’s bad for the country. Very few members of the Republican Party seem ready at this point to stand up to Trump.

These were the details of the news Trump takes double blow in attempt to overturn US election results... for this day. We hope that we have succeeded by giving you the full details and information. To follow all our news, you can subscribe to the alerts system or to one of our different systems to provide you with all that is new.