Shock in the Kremlin: has Vladimir Putin got cancer? 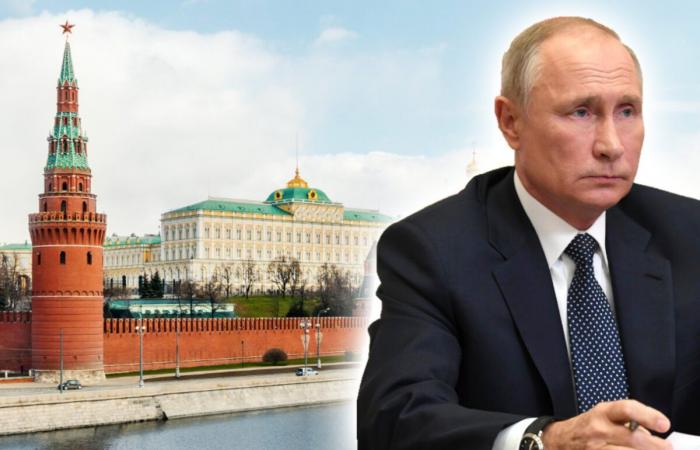 Is Russian President Vladimir Putin about to end his political career? The powerful statesman is said to have cancer and Parkinson’s disease.

Moscow – Is Russian President Vladimir Putin (68) about to end his political career? According to current rumors, the powerful statesman is said to have cancer and even Parkinson’s disease.

The renowned expert has been spreading rumors about Vladimir Putin’s state of health since the beginning of November.

The most powerful man in Russia is said to suffer from cancer and Parkinson’s. He had already undergone an emergency operation in February of this year, which was successful.

The analyst’s information allegedly comes directly from the Kremlin in Moscow and thus from the epicenter of Russian political power.

According to Solowei, the cancer would be a “fatal diagnosis”. Parkinson’s disease, however, is of “psycho-neurological” importance. Above all, it would restrict Putin’s public appearances, but not threaten his life.

As a result of the health problems, Putin is now planning to hand over his official duties to his second daughter Katerina Vladimirovna Tikhonova (34) in January 2021. This is reported by the Mirror.

The young academic has a master’s degree in physics and mathematics and is currently head of a new artificial intelligence institute at Moscow State University.

Vladimir Vladimirovich Putin was last seen on Russian television with a strong coughing fit and trembling arms and legs. However, what is really behind the rumors spread by Solowei will become apparent in the next few months. The Kremlin itself has already denied the insider’s information, according to the Daily Mail.

Putin’s press spokesman Dmitri Sergeyevich Peskov (53) dismissed the claims as “complete nonsense”. Vladimir Putin’s health is “excellent” and the president is therefore not planning to hand over his post to his daughter.

*The article has been translated based on the content of Source link by https://www.tag24.de/nachrichten/politik/international/politiker-international/wladimir-putin/schock-im-kreml-wladimir-putin-an-krebs-und-parkinson-erkrankt-1731417
. If there is any problem regarding the content, copyright, please leave a report below the article. We will try to process as quickly as possible to protect the rights of the author. Thank you very much!

These were the details of the news Shock in the Kremlin: has Vladimir Putin got cancer? for this day. We hope that we have succeeded by giving you the full details and information. To follow all our news, you can subscribe to the alerts system or to one of our different systems to provide you with all that is new.