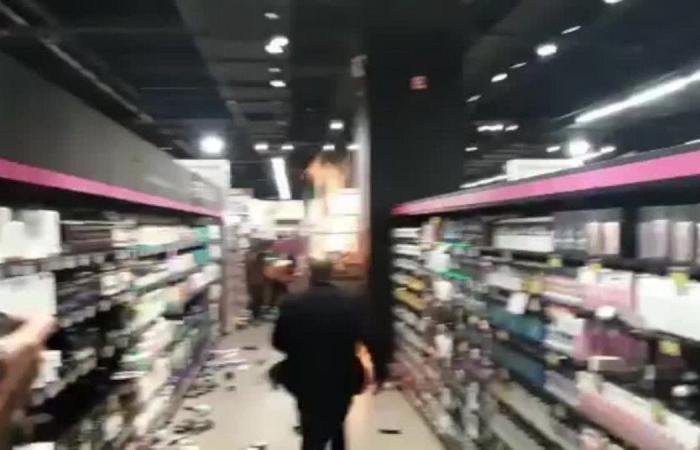 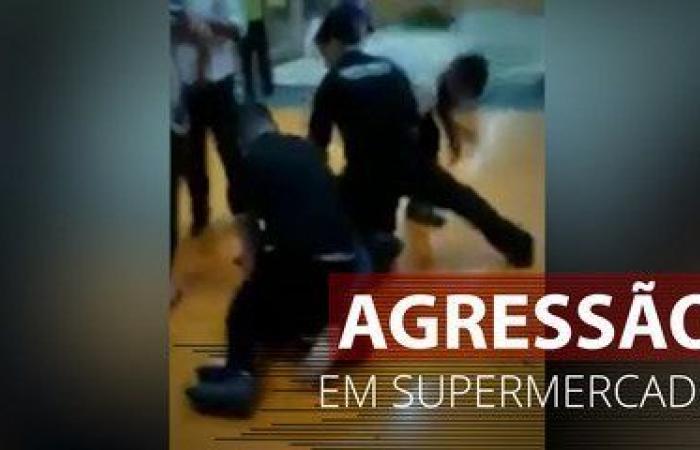 After the end of the peaceful act, a small group of protesters used stones and sticks to attack the store and break windows at the unit, which is inside a shopping mall in the region.

Protesters also entered the supermarket and set some products on fire. Carrefour security guards used fire extinguishers to extinguish the flames and closed the store with customers inside, to prevent further turmoil.

No one was injured in the act, but at least one car in the mall’s parking lot was also attacked and destroyed by the protesters. The façade outside the store had its glass destroyed, as well as one of the escalators in the mall.

The demonstration started around 4 pm, in the Masp free space, on Avenida Paulista. Protesters went to the Carrefour unit on Calle Pamplona at around 6:30 pm.

During the attack on the supermarket, organizers of the march called on the microphone for protesters not to damage the unit, but were not heard by the small group that attacked the supermarket.

Because of the turmoil, the police intervened and closed part of Pamplona Street to disperse the protesters.

Escalator of shopping mall where Carrefour is was destroyed after demonstration this Friday (20) in SP – Photo: Disclosure

Glass walls of the mall where Carrefour is was destroyed after a demonstration this Friday (20) in SP – Photo: Disclosure

Escalator of shopping mall where Carrefour is was destroyed after demonstration this Friday (20) in SP – Photo: Disclosure

The 17th March of Black Consciousness was called by organizations of the black movement with the theme “Black Lives Matter”.

The act in the capital of São Paulo also calls for justice by city councilor Marielle Franco (PSOL), murdered in Rio de Janeiro in March 2018, in addition to remembering the violence suffered by the black population in the peripheries of Brazil.

Protesters take action in SP asking for justice for João Alberto during the 17th March of Black Conscience this Friday (20) – Photo: Disclosure

Protesters ask for justice for João Alberto, a black man beaten to death, during an act at Masp this Friday (20). – Photo: REUTERS / Amanda Perobelli

A 40-year-old black man, João Alberto Silveira Freitas was beaten and killed by two white men from the state capital on the eve of Black Awareness Day, celebrated this Friday (20). The beating was filmed by witnesses (see video below; images are strong).

The two suspects were arrested in the act. Military police officer Giovani Gaspar da Silva, 24, was taken to a military prison. Magno Braz Borges, 30, a store security guard, is in a Civil Police building. The investigation treats crime as a qualified homicide.

Images show man being assaulted in supermarket in Porto Alegre

A friend of João Alberto said that he witnessed the aggression and saw when the victim “shouted that he could not breathe”, while security guards beat him.

“That video over there, man, shows all the aggression he had before he died. In addition to attacking him, they gave him a rear naked choke, choked him, people asking to let him go, to let him breathe, because he screamed who couldn’t breathe, they didn’t let go, when they did he was already purple, he was already out of breath “, says Paulão Paquetá, friend of the victim.

Paulão lives in the same neighborhood as João Alberto. He says he went to the supermarket to shop and, upon arriving, saw his friend being beaten.

Protesters ask for justice to João Alberto during an act at the Masp this Friday (20) – Photo: Disclosure

Carrefour store in Jardins was attacked during a demonstration that asked for justice by João Alberto – Photo: Amanda Perobelli / Reuters

Videos: All about São Paulo and the Metropolitan Region

These were the details of the news Protesters protest against death in Porto Alegre, and Carrefour store is... for this day. We hope that we have succeeded by giving you the full details and information. To follow all our news, you can subscribe to the alerts system or to one of our different systems to provide you with all that is new.