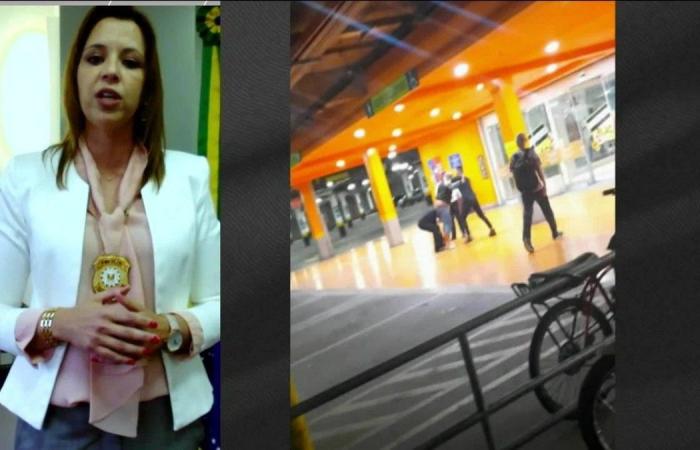 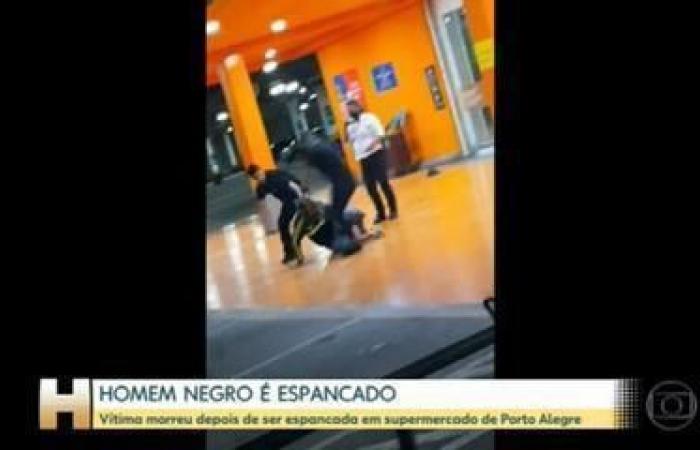 The black man was murdered by two white security guards in Porto Alegre, Rio Grande do Sul, on the night of Thursday (19), the eve of Black Awareness Day.

The case occurred in the parking lot of a Carrefour supermarket. The security guards, one of them a military policeman, were arrested in the act and are going to answer for qualified homicide.

The woman in the footage filming the assault was heard by police in the morning. The delegate says that “it is still not known” if she coordinated security guards or supermarket employees, or if she was able to prevent the aggression.

Nadine says the police are going to investigate whether there were other crimes besides the murder. The report, which will confirm with the cause of João’s death, should be released on Friday.

“Within these videos we see intolerance,” he said. The Civil Police must request the preventive detention of security guards, and works with the hypothesis of triple-qualified homicide, for futile reasons, using a resource that made it impossible to defend the victim and suffocation.

João Alberto died on the spot. He was assaulted after a disagreement, at a unit in the Carrefour supermarket on Avenida Plínio Brasil Milano. The images of the assault were recorded and circulated on social networks (see video below).

Images show man being assaulted in supermarket in Porto Alegre

It is not yet known what motivated the fight, but João’s wife, Milena, told the police that her husband gestured to an inspector.

“All the people who are there, if the company is responsible, have been trained [os funcionários] or not, we will investigate “, says Nadine.

“This punishment, too, and this investigation, does not have a preference over any other, but it is important that there is a quick elucidation, to give answers to society because it is an extremely emblematic case“, the knee Nadine

The investigation should be completed in 10 days, believes the police chief.

Black man is beaten to death in supermarket of the Carrefour group in Porto Alegre – Photo: Reproduction / Video

The two suspects, one 24-year-old and the other 30-year-old, were arrested in the act. One of them is a military policeman and was taken to a military prison. The other is store security and is in a Civil Police building. The investigation treats crime as a qualified homicide.

The names of the arrested security guards were confirmed by the Civil Police. They are Magno Braz Borges, and Giovane Gaspar da Silva. According to the Federal Police, one of them did not have a national registry to act in the profession, but did not inform, however, which of the two.

Magno Braz’s lawyer, William Vacari Freitas, said he will not take a position on the case at the moment. O G1 tries to contact Giovane’s defense.

The second had the document registered. According to the corporation’s note, the portfolio will be suspended. João Alberto was beaten by the two, after a disagreement.

Both are employees of a third party company, Vector Segurança. The report got in touch, and is awaiting a return. The PF also confirms that the security company responsible for the supermarket has a regular registration and was inspected in August this year.

The Military Brigade, as the Military Police in Rio Grande do Sul is called, reported that the beating started after a disagreement between the victim and an employee of the supermarket, which is in the North Zone of the state capital. The victim allegedly threatened to hit the employee, who called security.

Carrefour said in a note that it deeply regrets the case, that it has initiated a rigorous internal investigation and has taken steps to ensure that those responsible are legally punished.

The chain, which attributed the assault to security guards, also called the act a criminal and announced the breach of the contract with the company that is responsible for the attacking employees. (See the full note at the end of the story)

Also in a note, the Military Brigade reported that the PM involved in the aggression is “temporary” and was outside working hours.

According to the statement, his duties at the corporation are limited to “performing internal services, administrative activities and video surveillance” and “external custody of penal establishments and public buildings”. The Brigade did not report what he was doing in the market. (See the full note at the end of the story)

Freitas was taken from the cashier area to the entrance of the store and, according to the Civil Police, had allegedly started the fight after punching the PM. Afterwards, Freitas was beaten.

The video of the aggression has been circulating on social media since late Thursday night. The police will analyze the images from the posted video and also from security cameras on the site.

In the images circulating on the networks, it is possible to see two men wearing black clothes, which appears to be the security guards’ uniform, punching the victim in the face, who is already on the floor. A woman who was close to them appears to film the action of the attackers. Then, with blood already spilled on the floor, other people appear around the attacked man, while the two attackers continue to try to mobilize him on the floor.

A team from the Mobile Emergency Care Service (SAMU) tried to revive the man after he was beaten, but he died on the spot.

The crime is being investigated by the Homicide and Personal Protection Police (DHPP) in Porto Alegre.

VIDEOS: Black man dies after being beaten in supermarket in Porto Alegre

These were the details of the news Black dead in Carrefour: police also investigate people who ‘watched passively’,... for this day. We hope that we have succeeded by giving you the full details and information. To follow all our news, you can subscribe to the alerts system or to one of our different systems to provide you with all that is new.