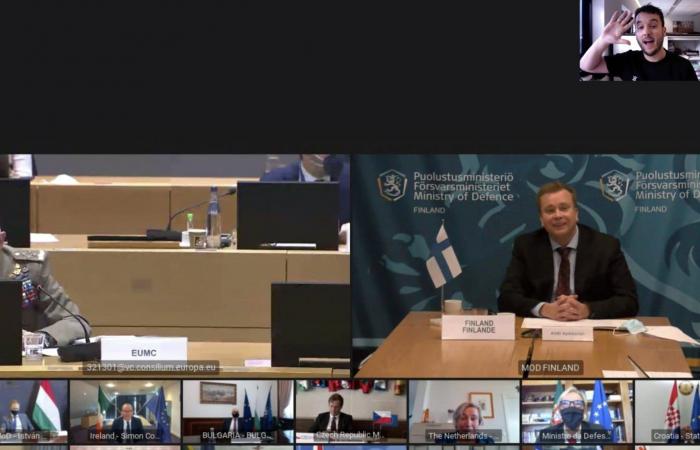 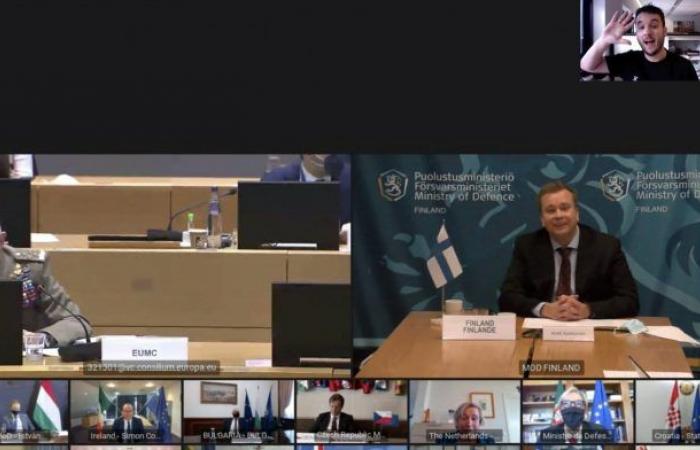 In a number of attempts, RTL News succeeded in guessing the pin code of the secret consultation, because five of the six digits of the pin code were visible in the photo.

“You know that you are participating in a secret meeting of the Foreign Affairs Council?” Asked High Representative Josep Borrell when RTL News journalist Daniël Verlaan switched on his camera and microphone.

The meeting was subsequently stopped because the confidential nature could no longer be guaranteed.

After logging in with the correct pin code, there was no extra security, RTL News was immediately admitted to the meeting and Verlaan has identified himself as a journalist. “I am a journalist from the Netherlands”, he responds to Borrell’s question. “I’m sorry to disturb your meeting, I’ll leave the meeting now.”

He then left the meeting.

“This is the Foreign Affairs Council, where all ministers from EU member states meet. In this case, it was the defense ministers of the 27 countries,” said political reporter Fons Lambie. “In that meeting no further strictly state secret matters are discussed. Reports of what is discussed there go to 27 member states and to a lot of diplomats and officials. But the meeting is confidential. You bet that an intelligence service from a country outside Europe, for example. Russia or China, would love to listen to these kinds of meetings. “

“An employee accidentally tweeted a photo with part of the pin code”, a Defense spokesperson told RTL Nieuws. “The photo was then deleted. A stupid mistake. This shows how careful you should be careful when sending a picture of a meeting.”

RTL News has been tipped for this story by a tipster who wishes to remain anonymous.

These were the details of the news RTL Nieuws entered secret defense consultation Europe after a wrong ministry for this day. We hope that we have succeeded by giving you the full details and information. To follow all our news, you can subscribe to the alerts system or to one of our different systems to provide you with all that is new.