Who is Serine Ayari in ‘The Smartest Person in the World’... 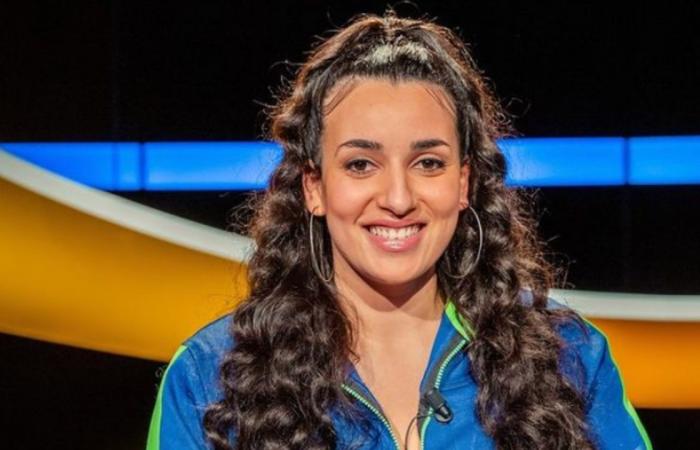 The next to take her chance The smartest person in the world is Serine Ayari. Serine is 29 years old and is working as an actress and comedian. Many people tip her as someone to look out for in the future and that future begins with a participation in The smartest person.

There are very few women in the comedy world, one of them is Serine Ayari. She has Tunisian roots but was born and raised in our capital Brussels. Besides being a comedian, she is also an actress. She was recently seen in the popular series The Lice Mother on VTM.

From Louis Vuitton to calling programs

Serine left school when she was 18 years old and had not yet received her diploma. She had dyslexia, concentration problems and performance anxiety, which made it difficult to get good grades. As a result, she was fed up at eighteen and decided to quit school and look for something that suited her.

Thus Serine tried various jobs. She was a real estate agent for a while, but also an English teacher. She has also worked for the fashion label Louis Vuitton and at one point even presented a calling program about astrology on television. But in the end she found her two passions: comedy and acting.

Who looks at The Lice Mother of course knows Serine as a Muslim Esma. Serine is also a Muslim in real life, but she chooses not to wear a headscarf. For her role in The Lice Mother she had to. She told this anecdote in Dag Allemaal. “When I first appeared on the set wearing a headscarf, someone immediately said, ‘Oops, I thought you were the cleaning lady.’”

Serine denounces those stereotypes, because she is also a Muslim woman herself, but describes herself that she is not a “typical halal type”. So she does not wear a headscarf, she drinks alcohol and on top of that she is also a comedian who does not mince words.

Serine started with stand-up comedy at the age of 26 and has already built an international career in it. She has performed in world cities such as London, Paris, New York and even Tokyo.

Serine’s shows are therefore not in Dutch. Such is her latest show, Still Standing, completely in English. That show would normally have premiered in September, but the corona pandemic had to postpone it indefinitely. Besides English Serine also makes shows in French. She also speaks fluent Arabic

Kan Serine The smartest person in the world turn into?

Any candidate of The smartest person in the world will be asked before their first participation if they think they can win the quiz. Serine herself thinks not. “Tgoh, I do not think so. Because I have not really prepared. I’m just going to try wingen. That’s how I always try. But I don’t think winning. I do not know. I am not allowed to do that now jinxen cracked. “

She was afraid to take on Ella Leyers, but that is now already out of the game. “Thank God“, That’s how it sounds with Serine. But now she is also a bit afraid of “that Conner guy“. “Because people from politics are so up-to-date with everything.” Serine herself is less up to date with current events. “I tried to follow the news for a while, but it was so depressing. Nothing nice happened, so I stopped for a while. Because it had an impact on me and it was always the same: corona, corona, corona and America, America, America. ”

Serine did practice playing the app. “But I lost quite often. Because you also have to type on the app, and I can’t do that very well. I have dyslexia, so I don’t read and write very well. ” She also provides a disclaimer in case she has to go home after her first episode. “If I really fail and do it really badly: I’m sorry. I’m not stupid, I just didn’t have my day. ” Watch the entire interview here.

In her first episode, Serine already has a new fan: “that Conner-guy“, aka Conner Rousseau.

View the full list of all candidates here The smartest person in the world 2020.

These were the details of the news Who is Serine Ayari in ‘The Smartest Person in the World’... for this day. We hope that we have succeeded by giving you the full details and information. To follow all our news, you can subscribe to the alerts system or to one of our different systems to provide you with all that is new.