Match: The compositions of Monaco / PSG according to the press 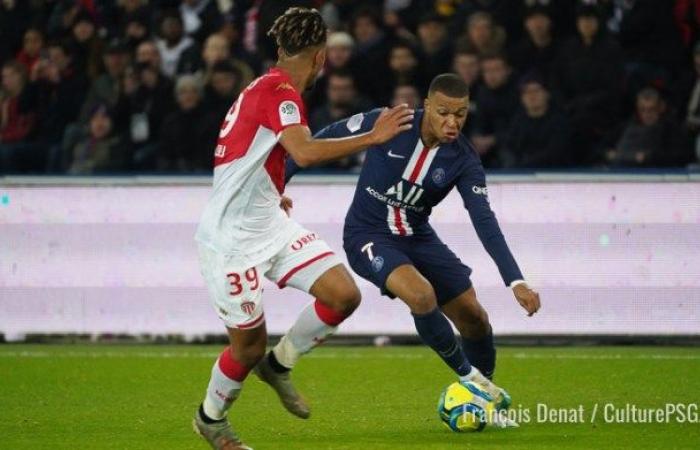 The press of the day largely agrees on the compositions of the teams for the Monaco / PSG match this Friday (9 p.m.). There is only a slight doubt in the attack on the Parisian side, even if Mbappé will start.

Two weeks after their victory against Stade Rennais (3-0), PSG returned to L1 this Friday evening (9 p.m.) on the occasion of the 11th day of the championship by facing AS Monaco, a rather fit team this season, and the press of the day gives quite similar team compositions for this Monaco / PSG. The biggest unknown on the Parisian side does not seem to be the playing system, L’Equipe announcing a 4-3-3 like Le Parisien, but the players with several South Americans who should not play (Paredes, Marquinhos) and many absent (Bernat, Kehrer, Draxler, Gueye, Icardi and Verratti).

In the Parisian goals, we should find Keylor Navas in front of a four-way defense made up of Dagba, Diallo, Kimpembe and Kurzawa for sure. It is indeed the former Monaco who should be aligned in the right axis. In the middle, Herrera and Rafinha will start as runners, accompanied by Danilo in front of the defense for L’Equipe and Le Parisien. In attack, the two newspapers meet with Di Maria on the right and Mbappé on the left. Only slight doubt in tip between Kean and Sarabia, especially for Le Parisien. The two newspapers announce Neymar on the bench.

As for AS Monaco, the composition will inevitably be less alternative than in Paris but there are also many absent with Lecomte, Aguilar, Golovine and Ben Yedder unavailable. We will find Mannone in the goals protected by Sidibé, Disasi, Badiashile and Caio Henrique from right to left. In the middle, it’s Diop, Touchaméni, Fofana and Martins who are expected, again from right to left. In attack, Volland will play in support of Jovetic or Geubbels, the only unknown of the starting eleven.

*The article has been translated based on the content of Source link by https://www.culturepsg.com/news/match/les-compositions-de-monaco-psg-selon-la-presse/35032
. If there is any problem regarding the content, copyright, please leave a report below the article. We will try to process as quickly as possible to protect the rights of the author. Thank you very much!

These were the details of the news Match: The compositions of Monaco / PSG according to the press for this day. We hope that we have succeeded by giving you the full details and information. To follow all our news, you can subscribe to the alerts system or to one of our different systems to provide you with all that is new.