The arrest of the head of the “Aviation Safety Authority”: airport... 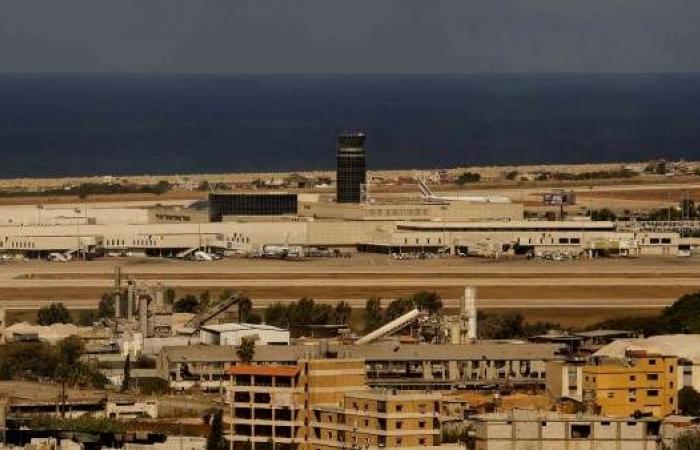 It seems that the fight against corruption began at Rafic Hariri International Airport, specifically from the Aviation Safety Authority, which today issued the first investigating judge in Mount Lebanon, Nicolas Mansour, a decision to suspend its president Omar Qaddouha from work and prevent him from traveling. Mansour’s decision came based on the crime of “job exploitation, wasting public money, and blackmailing a number of airlines while exercising his job powers, which resulted in the Lebanese state being fined more than $ 50 million as compensation for companies affected by his decisions.” It should also be noted that the Financial Prosecutor, Judge Ali Ibrahim, charged on Kaddouha on November 6, 2019, a year ago, with the crime of embezzling public funds and accepting bribes. But who is Omar Kaddouha?Biography of Kdouha
Omar Kdouha’s career in Beirut Airport goes back to the turn of the millennium, when he was a fireman. It is a fourth grade and non-administrative post. According to those presenting this novel, they tell Al-Modon that “entering that position requires a Privé certificate, but Kadouha is intelligent, persistent and very active, and during his tenure, he studied at the Technical Institute in Dekwaneh, and obtained the BT and TS.” Kadouha developed himself, professionally and at the educational level, and “received the necessary support from the former General Manager Hamdi Shawq, who adopted him.” In 2010, a match was held in the Civil Service Board to recruit department heads in the Aviation Safety Authority, and three were successful, one of whom was Omar. He was confirmed in his position as head of department, and he became a third-class employee. Then he became head of the Aviation Safety Authority.

Assignment and dismissals
However, Kadouha’s career in the position of chief of the Aviation Safety Authority is marred by many give-and-take. With the change of ministers in the Ministry of Public Works and Transport, in 2011 Minister Ghazi Al-Aridi relieved Qaduha of his duties, and another employee was appointed after months of retirement age. Al-Aridi then reassigned Qaduha to his position, and he continued for three years. In 2014, during the tenure of Minister Ghazi Zuaiter, a dispute occurred between Qadha and the latter, so he was removed and Roy Matar was appointed to the position, until Zuaiter re-appointed him as head of the department in 2015. In all of this biography, a game of dama, in which movement is permitted left and right. This reveals the existence of a hidden pole that begins with political whims and does not end with personal interests, passing through quotas.

Fraud and corruption
Omar Kadouha is considered, in one way or another, to be affiliated with the Future Movement, as political or even personal disputes may have played a role in his fluctuating career in the interest of aviation safety. As for the workflow of the Aviation Safety Authority, there are many loopholes that the minister or director general can play through, to give airlines permission, opportunities, or even sufficient time to work. These loopholes can be used to tighten the reins on companies or facilitate their work. All of this does not, of course, absolve Qadouha of his responsibilities, not the possibility of his involvement in corruption files only. Sources familiar with the Beirut airport airspace indicate that “Kdouha’s job provides him with some indirect opportunities to collect money. There is no actual money in the interest, but he can deceive and agree with some companies to revoke their licenses and push them to file lawsuits against the state to receive compensation, and it gets On the percentage of profits. ” That may be true, but of course it does not exempt all the officials at the airport, specifically the subordinates of Qaduha, from responsibility.

Margin of play
To denote the margins of the “playing” of the general managers and ministers at the airport, the issue of granting licenses to airlines. The minister issues an initial license for companies, provided that they take a series of steps within a year to obtain the full license. These steps include acquiring at least an aircraft, registering it, undertaking recruitment, and other steps. Here it should be noted that the former minister, Youssef Fenianos, intervened on one of the occasions to grant permissions to a Lebanese company, whose lawyer is the son of an important Lebanese political figure (who lectures on fighting corruption). Fenianos also, “more than once expressed his desire to be lenient with some companies affiliated with Hezbollah, including Syrian personalities, calling on the administrative body at the airport to facilitate their work.” Those familiar with the airport’s atmosphere added to Al-Modon that “Qaduha was not lenient with this matter. He even requested an exemption from this matter, contrary to what his powers say.” A committee was formed, contrary to the law, to work on granting licenses for this company.

These were the details of the news The arrest of the head of the “Aviation Safety Authority”: airport... for this day. We hope that we have succeeded by giving you the full details and information. To follow all our news, you can subscribe to the alerts system or to one of our different systems to provide you with all that is new.