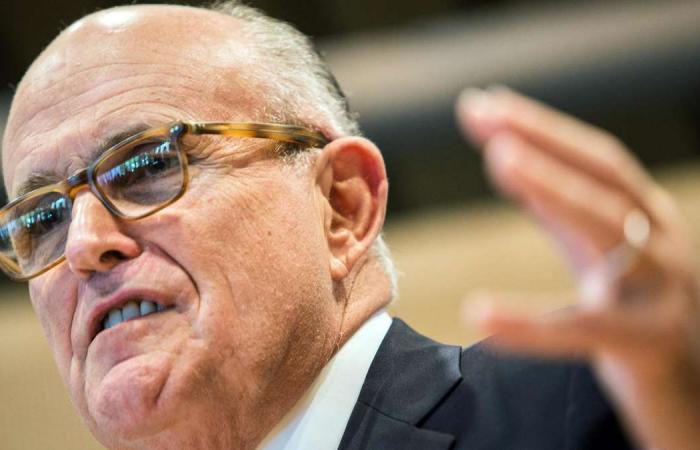 In the US state of Pennsylvania, Donald Trump’s attorney Rudy Giuliani spreads conspiracy theories in court. Meanwhile, the amount of his daily fee became known.

Update from Thursday, November 19, 2020, 09:52: Former White House Chief of Staff Mick Mulvaney became concerned about the role of on Wednesday (November 18, 2020) Rudy Giuliani in Trumps legal campaign against the result of the US election shown. He told the broadcaster “Fox News” that it was important to put the legal work in the hands of more experienced lawyers Rudy Giuliani to give.

After the sensational appearance by Donald Trumps personal attorney at a hearing on Tuesday, November 17, 2020 in the US state Pennsylvania Mulvaney told the online newspaper “The Hill”: “This is not a television program, this is the reality.”

Meanwhile, points Rudy Giuliani Rumors returned that he had to work in Donald Trumps Legal campaign to contest US election results requires a daily fee of $ 20,000. The “New York Times” had previously reported that supporters Trumps to worry, Rudy Giuliani would enrich himself personally in the upcoming court cases. The personal attorney for Donald Trump told the newspaper that he never asked about the said fee. The $ 20,000 daily are according to a statement by Rudy Giuliani, “The result that we worked out together in the end”.

First report from Wednesday, November 18th, 2020: Williamsport- Tuesday (November 17th, 2020) is Rudy Giuliani, the lawyer for US President Donald Trump, in a courtroom in Pennsylvania showed up and done what he’s been best at lately: launching wild conspiracy theories and making a lot of noise in the process. As reported by the American Internet platform “The Daily Beast”, should Rudy Giuliani have repeatedly made allegations of electoral fraud without being able to provide any evidence.

Donald Trump’s attorney Rudy Guiliani in Pennsylvania: What role did Mickey Mouse play in the US election?

Granted, it might not be easy for either Rudy Giuliani have been his allegations in Pennsylvania backed up with serious evidence. After all, this should be based on a wild conspiracy theory on election fraud, in which two very great characters are said to have been involved: the former US President John F. Kennedy and – the cartoon character “Mickey Mouse”.

But back to reality. Rudy Giuliani, US President’s personal attorney Donald Trump, got the opportunity to go to court in the US state on Tuesday (November 17, 2020) Pennsylvania to present the lawsuit against the result of the US election. The declared goal: to prevent President-elect Joe Biden as the next US president.

Should start the negotiation Rudy Giuliani, Former New York City Mayor, Presiding Judge for the US state Pennsylvania have asked you to take off your mouth and nose protection. This was followed by a reproduction of the now well-known lyre of the election fraud campaign: A tirade against the postal vote and against all the major cities of the swing states in which Donald Trump lost the US election. So far, so well known.

Allegations in Pennsylvania: Rudy Giuliani speaks of more than a million illegal votes

But then lays Rudy Giuliani only really going. According to The Daily Beast, the lawyer led by Donald Trump in court in the US state Pennsylvania indicated that a large number of votes cast were illegal in the state. The numbers that Rudy Giuliani named during the court hearing, varied between 680,000, 770,000 and a total of 1.2 million illegal votes. “Your Honor, we are concerned that Mickey Mouse might fill out these ballots,” said the president’s attorney Donald Trump in court.

Concrete evidence could Rudy Giuliani the court in the US state Pennsylvania not submit for this alleged electoral fraud. But why provide evidence when you can also bring rumors from dubious sources claiming that as early as 1960 Chicago Mayor Richard Daley sabotaged the presidential elections to defeat Democrat John. F Kennedy into office.

The appearance of Rudy Giuliani in Pennsylvania: “Unworthy of an American court”

Clear words for this from Rudy Giuliani in court in the US state Pennsylvania organize posse, at least that was the opinion of Mark Aronchick, a Philadelphia District assessor. “This thing is unworthy of an American court,” said Aronchick. And stated: “Can you imagine anyone who could understand a court decision, 680,000 – or, Mr. Giuliani following – even to declare 1.2 million votes illegal based on nothing more than a complaint? “(Joel Schmidt)

These were the details of the news Donald Trump: Lawyer Rudy Giuliani gets astronomical salary for this day. We hope that we have succeeded by giving you the full details and information. To follow all our news, you can subscribe to the alerts system or to one of our different systems to provide you with all that is new.