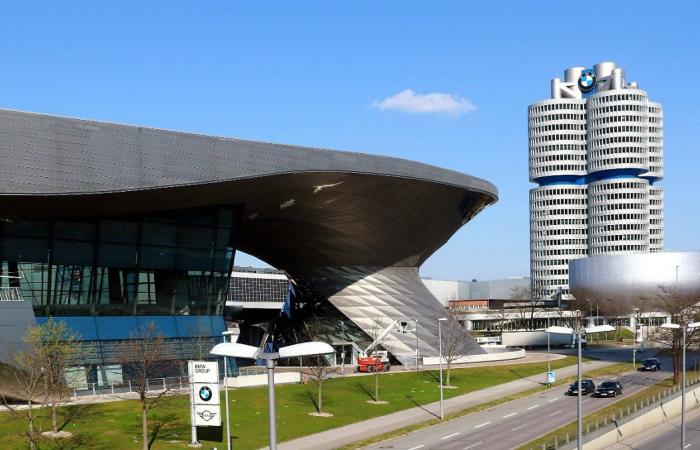 The car manufacturer BMW does not want to build any more combustion engines in Germany in the future. Gasoline and diesel engines will then only be produced abroad. In Munich, the company focuses on electromobility. All employees receive new job offers.

The car manufacturer BMW stops the production of gasoline and diesel engines at the main plant in Munich. The company is setting up a new vehicle assembly facility geared towards electric cars on the space that will become available. It should go into operation in 2026 and cost 400 million euros, said production director Milan Nedeljkovic. The 1000 employees affected in engine manufacturing would be offered other jobs at BMW in Munich or other Bavarian locations.

“We are consistently implementing our electrification strategy. Each of our German plants will produce at least one fully electric vehicle by the end of 2022,” said Nedeljkovic. Works council chief Manfred Schoch spoke of a “role model for a successfully designed transformation in German industry.” The construction of a new assembly line in the almost 100-year-old BMW main plant shows that transformation can secure and expand industrial jobs even in the middle of a big city.

The internal combustion engines with four, six, eight and twelve cylinders that were previously built in Munich are to be built in the future at the engine works in Steyr in Austria and Hams Hall in England. The relocation will take place gradually by 2024 at the latest. Today, Steyr and Hams Hall are working to their limit and can continue to use their capacity even when e-mobility is ramped up, explained Nedeljkovic.

“We are continuously developing the Munich plant in the direction of electromobility and are creating efficient and competitive production structures for this,” said the Board of Management. A completely new vehicle assembly will be set up on the vacated site of the engine plant, which is designed for the new BMW platform, which is heavily geared towards e-drives. This platform will be launched in the planned BMW plant in Debrecen in Hungary in the mid-1920s and then rolled out to all other plants.

BMW has rebuilt its plants in such a way that they can produce combustion, hybrid and electric cars on the same line and thus react flexibly to customer requests. By the end of 2021, he will have reduced fixed costs by half a billion euros a year, said the head of production. Then the fully electric BMW i4 will start in Munich and the BMW iX in Dingolfing, the fully electric versions of the 7 and 5 series will be in the starting blocks in Dingolfing.

In 2022, the Regensburg plant will start production of the X1 as a combustion engine, which will also be offered with a fully electric drive. The Mini Countryman is to follow in Leipzig in 2023 as a combustion engine and as an e-car. Despite Brexit, the BMW board sees the mini-plant in Oxford safe. “We’ll be there for the next ten years,” said Nedeljkovic. In China, the e-mini factory with partner Great Wall will be completed in 2022, and local production of the X5 is being planned. The new Asia-Pacific customs union will certainly result in changes in production.

These were the details of the news Focus on electromobility: BMW ends combustion era in Munich for this day. We hope that we have succeeded by giving you the full details and information. To follow all our news, you can subscribe to the alerts system or to one of our different systems to provide you with all that is new.