‘They loved each other very much’, says mother of victim about... 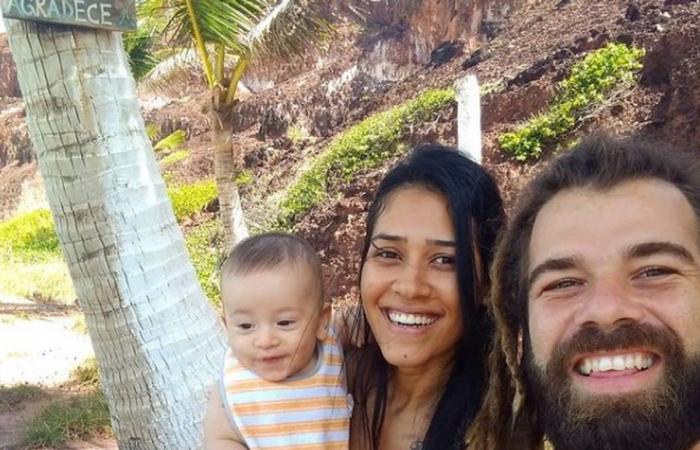 “It was a very happy family. They loved each other very much.” The report is from Sânzia Maria, mother of Stella Souza, 33, who died beside her husband, Hugo Pereira, 32, and son, Sol, 7 months, after the collapse of part of a cliff on the beach of Pipa.

The accident happened on Tuesday (17) and the bodies were buried on Wednesday (18). The family dog, who was with them, also died.

Stella’s mother says that the couple lived very well and knew how to enjoy life. “They were very happy, a very happy family. Hugo was a wonderful man who took good care of Stella and Sol. They were people who only left happiness,” said Sânzia.

Love of the couple Stella and Hugo was shared on social networks – Photo: Personal archive

The couple’s love was shared on social media. In a photo, next to pregnant Stella, Hugo wrote “I hooked the most beautiful mermaid, the most beautiful soul. We planted a little seed and it is germinating … I promise a lot of love”.

The birth of son Sol was registered, in a home birth, as the family wanted. “The sun has risen. Our son has just been born at home. My wife is a goddess,” wrote Hugo.

The early departure of Stella, Hugo and Sol left friends and family devastated. “The family is destroyed. It was a fatality. No one could have expected that to happen. The two left very early, but left the conscience in each of those who remained that they lived well, enjoyed life and that we also know how to enjoy life. “said Éder Jofre, Stella’s cousin.

Pedro Holanda, manager of the hotel where Hugo worked, mourned the death of his friend and said he was “a special soul”. “Hugo was a spectacular human being, always with a smile on his face, high spirits, he was very happy to be a father. He was a very family guy, he loved animals, nature. He was an enlightened human being. We are dismayed , without understanding why all this is happening “, said Pedro.

Part of cliff collapses in Pipa and leaves three victims

Hugo was enjoying a day off at the beach with his wife, Stella Souza, the 7-month-old son and the family’s dog when the accident happened around noon.

Igor Caetano, a nautical tour entrepreneur, saw the accident and said that Hugo, Stella and their son were sitting near the cliff.

“We dug until we found the father, and then we found the mother and the child. The boy was still breathing. Coincidentally, a doctor was passing by at the time, she tried to revive the child, but there was no way,” said Igor .

Locals say the cliff is a risk for swimmers and often warn of the danger of accidents. As the tides fill and hit the cliff, its base is being eroded, which makes the upper part more vulnerable to collapse.

The Tibau do Sul City Hall was aware of the risks of the cliffs collapsing at Praia de Pipa. The dangers of the stretch had already been warned in recommendations made by the Federal Public Ministry of RN (MPF-RN). One of them caused the Municipality to hire a team of professionals to map the areas of greatest threat.

After the accidents on Tuesday (17), the Federal Public Ministry opened a procedure to evaluate the adoption of emergency measures that can guarantee the safety of people and mitigate “possible new landslides” on the cliffs of Pipa beach.

Cliffs are a type of landform formed by a steep or vertical slope, which usually ends at sea and is under the erosive action caused by water. Large cliffs are often called cliffs.

The City is evaluating the possibility of interdicting the place where the accident happened.

These were the details of the news ‘They loved each other very much’, says mother of victim about... for this day. We hope that we have succeeded by giving you the full details and information. To follow all our news, you can subscribe to the alerts system or to one of our different systems to provide you with all that is new.