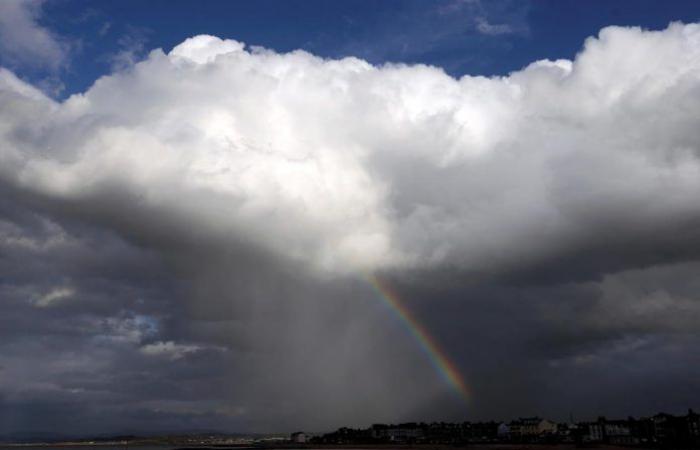 “5G is likely to have catastrophic effects”, loose with an almost disillusioned tone Eric Allaix, in charge of the waves at the World Meteorological Organization (WMO) while the telephone operator has just announced that the second confinement will not will not delay the deployment of 5G in France. Indeed the first 5G frequencies are activated this Wednesday in France.

This time, the reluctance against the fifth generation of mobile telephony does not come from environmentalists worried about the environmental or health impact of these waves, mocked as being “Amish” by President Emmanuel Macron, but from scientists. of the community of specialists in atmospheric studies.

Why? Because the network, which promises a speed ten times greater than that of 4G, could disrupt our weather reports. No problem with the frequencies that have just been allocated in France in the 3.5 gigahertz (GHz) band: meteorologists around the world are in fact worried about the nuisance of 5G when it takes its ease near a band they know well, the 23.8 GHz. Because water vapor in the atmosphere – which weather satellites scan to predict tomorrow’s weather – emits a signal at precisely this frequency. However, the United States has started to deploy their 5G in this sensitive area and Europe will do so from 2024.

The risk of going back years

“Imagine a neighbor who listens to his music much too loudly, he bothers you to hear what he is saying at home”, compares Eric Allaix. However, the emissions of water vapor produce “a tiny noise”, describes the expert in the science of the heavens. The massive arrival of 5G with its “big sound” would have terrible consequences for weather science. We would go back years in bad weather detection; rain forecasts would be less precise, not to mention the evolution of cyclones. “The satellite would not know if it actually detects the signals of a hurricane or if it is parasitic emissions due to 5G”, warns Eric Allaix.

In November 2019, in Sharm el-Sheikh in Egypt, the war of the bands between operators and meteorologists reached a critical point. This is where the 3,500 participants of the World Radiocommunication Conference (WRC) gathered. This great raid, which takes place every three to four years, must define the global rules for the use of radio frequencies on a planetary scale. “The standoff lasted two weeks, it was only resolved at the very last minute,” recalls Gilles Brégant, the director general of the National Frequency Agency (ANFR), which manages all frequencies. radio stations in France.

The sling targeted American regulations, which already allowed operators to “squat” bands close to the weather band, “a cowboy decision”, in the words of the very cozy director of the ANFR. The masters of time have stepped up to the plate, the Americans, the first concerned in the lead: thus Neil Jacobs, one of the officials of the NOAA (National Oceanic and Atmospheric Administration), the agency which oversees the national weather forecast across the Atlantic, explaining that 5G could reduce the reliability of weather forecasts “in the order of 30%”.

“The US administration was expected to take action. But it was probably bypassed by a political decision for the USA to be the first to launch their 5G ”, decrypts Gille Brégant. As a result, the first American cities bristled with antennas, without constraints to isolate them from neighboring frequencies.

US forecasters weren’t alone in worrying. “In meteorology, we share everything,” recalls Eric Allaix. The data collected in the USA are essential for other regions. And especially for Europe, where the westerly winds prevail. Therefore, the situations observed over the plains of Kansas in Iowa say a lot about the outfits that we can wear the following days in Rouen or Nice.

“The determined action of Europeans”

Has the assault of the Europeans, led by the French, produced its effect? This is where the versions diverge. For some, Sharm el-Sheikh has put an end to a situation that risked escalating. It was agreed that we would “tolerate” the lax position of the United States for a few years, betting on the fact that the number of antennas transmitting in this area would not be large enough by then to interfere with the weather satellites. .

“But from 2024, the antennas will have to provide a satisfactory level of protection”, assures Gilles Brégant. Concretely, it is a question of establishing a buffer zone to properly isolate the bands. In the meantime, the United States released the “mid-bands”, between 3.8 and 4.2 GHz, by asking the military who used them, in particular for air traffic control or missile tracking, to release them. places. In any case, areas far, far away, frequencies that distress weather professionals. “There was a very acute threat a year ago, but this fight was won thanks to the very determined action of the Europeans”, estimates Gille Brégant.

This vision of a “happy end”, a positive outcome, does not convince everyone. What will happen when 5G is generalized and operators are looking for new frequencies? For meteorologists, it remains essential to properly secure the water vapor strip. “And beyond the weather forecast, it is also the monitoring of climate change that is at stake,” insists Eric Allaix.

Why not anticipate and adapt the next weather observation satellites to the “fried foods” of 5G? “Impossible, that would amount to changing the frame of reference, takes offense Eric Allaix. Because we will never be sure that the corrections to erase the noise of 5G are correct. In this case, all the measurements made over the past 30 years will fall apart. It would also give climate skeptics food to grind …

These were the details of the news Less reliable weather forecasts? Why 5G worries experts for this day. We hope that we have succeeded by giving you the full details and information. To follow all our news, you can subscribe to the alerts system or to one of our different systems to provide you with all that is new.