The Real Madrid president agreed with Ramos to renew his contract... 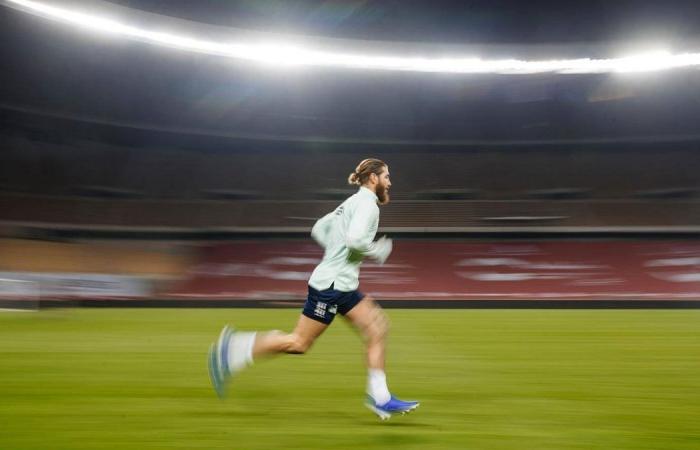 He was mentioned in the Spanish program “EL LARGUERO”. Real Madrid And he reached a preliminary agreement with his defense chief, Sergio Ramos, to extend his contract, which expired in the summer of 2021, until 2023, leaving only a few clauses on the financial side to end the agreement.

According to the plan, Real Madrid president Florentino Perez spoke with Ramos personally and without the interference of his brother and his agent to end the dispute over the renewal of his contract, and the two sides agreed on the final declaration before the end of the year.

The new deal gives Trump a chance to stay at Real Madrid until he turns 37.

On the other hand, Ramos was injured during the first half of Spain’s match against Germany, on Tuesday evening, and left the match in the 43rd minute.

According to some media reports, Sergio Ramos’ muscle injury is not serious and he is awaiting medical examinations to confirm the duration of his absence.

The injury is a severe blow to the French coach Zinedine Zidane, who will face strong matches after the international period, as he will face Villarreal, next Saturday, in the Spanish League and then in Inter Milan in the middle of next week in the Champions League.

Raphael Varane left the France game against Sweden with shoulder pain, which is bad news for the French coach.

In the event that Ramos is absent from Real Madrid, Zidane will have to involve Varane and Militau, who left the defeat to Manchester City and Donetsk in the Champions League.

These were the details of the news The Real Madrid president agreed with Ramos to renew his contract... for this day. We hope that we have succeeded by giving you the full details and information. To follow all our news, you can subscribe to the alerts system or to one of our different systems to provide you with all that is new.