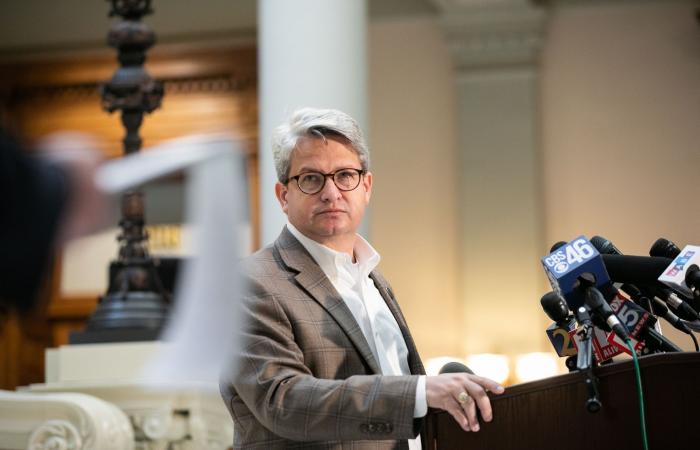 The day after 2600 unvoiced votes were found in the county of Floyd, 2755 unspoken votes appeared in Lafayette.

Less than 40 minutes ago

The state of Georgia, where Joe Biden has received around 14,000 more votes than Donald Trump after the first count, is in the process of counting all the around five million votes again by hand.

This is because the margin between the two candidates is so small that the Trump campaign is entitled to a recount.

During this work, election employees in the county of Floyd on Monday found around 2600 votes that have not been counted before.

On Tuesday, it happened again, in the county of Fayette, where 2755 unspoken votes were found, writes the news agency AP. The votes were physically cast in advance.

Background: The election official accuses party colleagues of exposing him to pressure

US President Donald Trump has not acknowledged the election defeat after rival candidate Joe Biden was declared the winner of the US presidential election:

In total, more than 5,300 unspoken votes have now been found in the state, and according to Gabriel Sterling at the Minister of Administration’s office, they have together reduced Biden’s leadership by around 1,000 votes. The result in the state will thus not be affected by the findings of the unspoken votes, he says.

– We have not seen extensive election fraud. We know that there will be examples of illegal votes, but it will be about a few hundred votes, not around 12,929 votes, he says.

Did you bring it with you? That’s why Georgia is so important to Joe Biden

All counties in Georgia have until midnight on Wednesday to count all the votes in this year’s presidential election.

Earlier this month, Georgia’s election general Richard Barron announced that one of their election officials went into cover after threats:

If the margin between the two candidates is less than 0.5 per cent after the recount, the losing party may request a recount. In that case, it will be done with counting scanners, writes AP.

The state’s administration minister Brad Raffensperger is responsible for conducting the election. The Trump campaign has come with accusations of electoral fraud in the state, and several local Republicans have called for Raffensperger to be fired. He himself has rejected these accusations and has been clear that he does not believe the result will change after the votes have been counted again.

Trump supporters in Georgia in armor

In an interview with the Washington Post on Monday, he told about the tense situation in the state after the presidential election. He says he experiences what he describes as pressure from people who support the president and his allegations of electoral fraud.

Here he accused, among other things, the prominent Trump friend and senator Lindsey Graham of having suggested that he could possibly reject legal votes – accusations Graham described as ridiculous.

These were the details of the news New county found unspoken votes – VG for this day. We hope that we have succeeded by giving you the full details and information. To follow all our news, you can subscribe to the alerts system or to one of our different systems to provide you with all that is new.