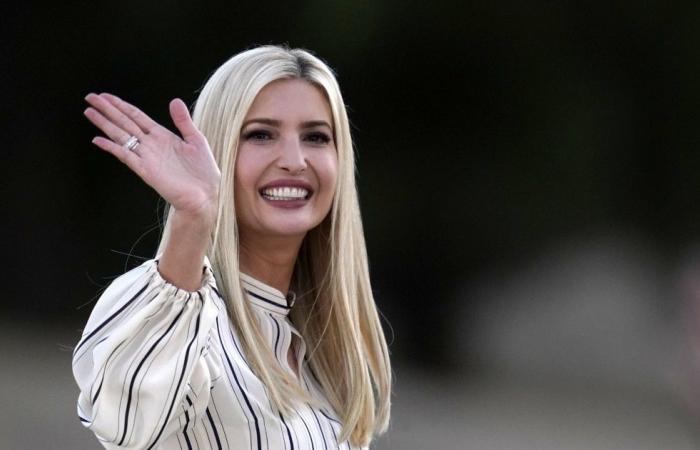 Ivanka Trump (39) has stood by her father’s side during his mildly controversial and noisy presidential term.

Now that Donald Trump’s (74) presidency is coming to an end as a result of Joe Biden’s (77) election victory, the 39-year-old’s job as an adviser to the controversial father is also history.

Much has been written about the Trump clan since Donald Trump took over the Oval Office in January 2017, and it is not exactly expected that the number of writings will decrease now that the family is on its way out of politics.

In an essay in Vanity Fair, it is Ivanka Trump’s past that is now under scrutiny. The essay is written by none other than the president’s daughter’s former best friend, freelance journalist Lysandra Ohrstrom.

They first met when they both attended a prestigious school for children on the Upper East Side of Manhattan in the 1990s – and were inseparable for a full ten years.

“Ivanka Trump was my best friend when I was growing up” is the first sentence of the text, before Ohrstrom describes the way until the friendship went up in smoke due to the big differences between them.

In the beginning, the two girls hung out with each other from time to time, but after an invitation to Ivanka Trump’s 13th birthday in 1994, they got better and better contact, writes Ohrstrom.

After a trip to Paris a few years later, they became inseparable.

– We remained best friends for over ten years, and almost more sisters than best friends. Of course, she loved to talk about herself, and she was shamelessly vain, but she was also funny, loyal, and let’s face it: quite exciting, she writes about her former best friend.

They kept in touch for twenty years, but their lives took two very different directions after they went to university.

Yet they were close for several more years.

– Then, in 2009, shortly after I was one of the bridesmaids at Ivanka’s wedding, our friendship collapsed under the weight of the differences between us, Ohrstrom writes about the turning point.

She further writes that she thought Ivanka Trump would help jack her father down when she became part of the president’s team when he won the election. Ohrstrom believes Ivanka has rather done the opposite.

The public has heard few stories from people who were close to Ivanka Trump when she was younger. In the essay, the freelance journalist admits that she was in doubt whether she should publish the essay.

Ohrstrom also lists several sensational situations from their friendship. Once she gave her best friend a book about poverty, and then she should have gotten this answer back:

“Why do you want me to read a book about ‘fucking’ poor people?”

Ivanka Trump is also said to have on one occasion refused to talk to her friend about housing policy and called her a “Marxist”, writes Ohrstrom.

On the way out

Both Ivanka Trump and her husband Jared Kushner (39) must find new jobs now that Donald Trump’s presidency is coming to an end. There is great excitement about what the United States’ first daughter will do in the future.

The Guardian recently wrote that it is likely that Ivanka will return to the Trump Organization. It should be mentioned, however, that this will probably not be the most stable workplace in the world when the father resigns as president.

The district attorney’s office in Manhattan wants the claw in Trump’s tax return, which is part of what is referred to as a complex investigation of the president’s economy. It is claimed that economic crime has been committed in the Trump Organization for a number of years.

This is what the now imprisoned Michael Cohen himself has said, because it should give Donald Trump more favorable loans and insurance contracts.

If it turns out to be true, it is doubtful that Ivanka Trump will be employed.

The British newspaper also wrote that a comeback in the fashion world seems unlikely. Ivanka’s clothing brand no longer exists. Several large chains decided that they should stop wearing the president’s daughter’s clothes a few years ago, and blamed poor sales figures.

*The article has been translated based on the content of Source link by https://www.dagbladet.no/kjendis/barndomsvenninna-bryter-tausheten/73078572
. If there is any problem regarding the content, copyright, please leave a report below the article. We will try to process as quickly as possible to protect the rights of the author. Thank you very much!

These were the details of the news Ivanka Trump: – The childhood friend breaks the silence for this day. We hope that we have succeeded by giving you the full details and information. To follow all our news, you can subscribe to the alerts system or to one of our different systems to provide you with all that is new.