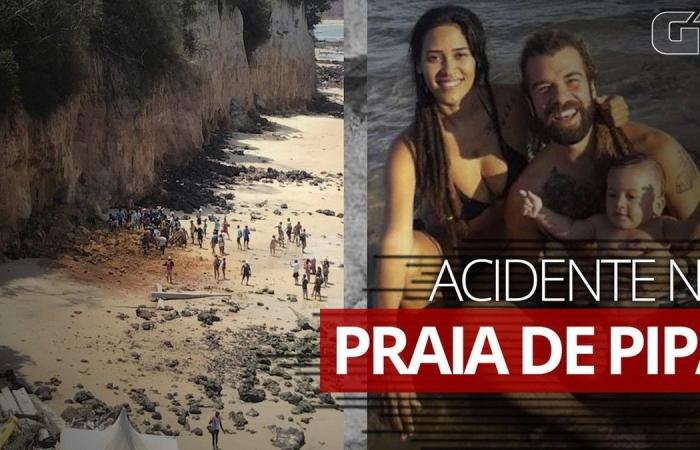 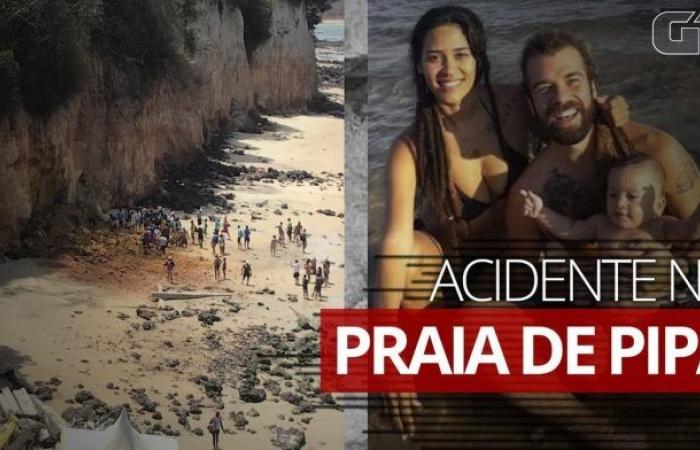 Stella Souza, one of the victims of the cliff collapse on Pipa beach on Tuesday (17), tried to protect her son at the time of the accident. She was found hugging the 7-month-old baby, according to witnesses. Stella’s husband, Hugo Pereira, 32, also died buried in the place, one of the main tourist destinations in Rio Grande do Norte.

Nautical entrepreneur Igor Caetano witnessed the accident and tried to help the victims. He said the mother hugged her son in an attempt to protect him.

“We dug until we found the father, and then we found the mother and the child. The boy was still breathing. Coincidentally, a doctor was passing by at the time. She tried to revive the child, but there was no other way,” said Caetano .

At the time of the accident, the couple and the baby were sitting near the cliff. João Marinho, Stella’s cousin, said that when the rescue team arrived on the scene, they found the family dead – the couple’s dog also died buried.

“I am born and raised here and this has always happened, but more and more the sea is destroying the cliff. We see tourists enjoying the shadow of the cliffs and ask them to leave because we know the risk,” he said, is a fisherman.

As the tides fill and hit the cliff, its base is being eroded, which makes the upper part more vulnerable to collapse.

Plates carried by the tide

According to the city of Tibau do Sul, signs with a warning of the risk of landslides are placed constantly in the region, but are soon taken by the high tide.

The municipality’s Communication Secretary, Fábio Pinheiro, said that, just before the accident, the couple was warned of the risks by a city hall inspector.

Before the pandemic, Pipa received an average of 7,000 people a day in high season, according to the city hall. The use of the beach was not banned during the pandemic, and there is no estimate from the public that has been attending the site during that period.

Pipa Beach, right after the collapse of part of a cliff. – Photo: Personal archive

*The article has been translated based on the content of Source link by https://g1.globo.com/rn/rio-grande-do-norte/noticia/2020/11/17/mae-tentou-proteger-o-filho-em-desabamento-de-falesia-em-pipa-e-morreu-abracada-a-ele-diz-testemunha.ghtml
. If there is any problem regarding the content, copyright, please leave a report below the article. We will try to process as quickly as possible to protect the rights of the author. Thank you very much!

These were the details of the news Mother tried to protect her son in collapse of cliff in... for this day. We hope that we have succeeded by giving you the full details and information. To follow all our news, you can subscribe to the alerts system or to one of our different systems to provide you with all that is new.