Death of Shaoyao Liu: dismissal confirmed for the policeman who killed... 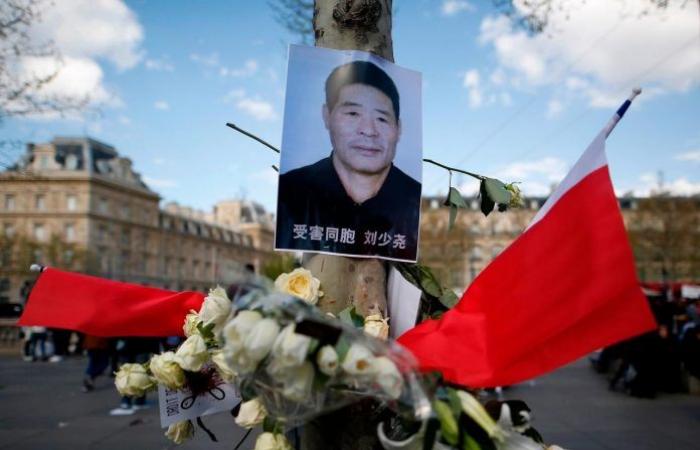 The case had sparked the anger of the Chinese community in France. The Paris Court of Appeal confirmed on Tuesday the dismissal granted to the police officer who had shot Shaoyao Liu, a father from China, during an intervention at his home in 2017 in Paris.

The Liu family had appealed against the dismissal granted on July 11, 2019 to the policeman, who was not indicted in this investigation for “willful violence resulting in death without intention of giving it” and was granted the benefit of self-defense.

“We have the impression of a duplicity between the police and the judiciary: judges do not want to get in the way of the police officers who are carrying out their investigations”, denounced the family lawyer, announcing an appeal in cassation. As for the police officer’s lawyer, she was not immediately reachable.

Killed in front of his children

On March 26, 2017, shortly after 8 p.m., the police went to a city in the 19th arrondissement, alerted by a neighbor who had reported the presence of Shaoyao Liu, very agitated and holding what he believed to be a knife in his hand. . Fearing danger, the police, two men and a woman equipped with an assault rifle and pistols, broke down the door of the house.

A handful of seconds later, Damien V. fired a shot, fatally touching the 56-year-old man in the heart, under the eyes of his children.

According to the police officers’ version, Shaoyao Liu had just attacked the bearer of the assault rifle with his scissors. “He’s crashing me!” The latter would have shouted, provoking the retaliatory fire of his colleague.

But for Liu children, their father never touched anyone: the blade was a pair of scissors, which he used to scale fish. A neighbor, witness from the hallway, claims he never heard the police scream he crashes me before the shot. The witness on the contrary described an “extremely violent intervention and totally out of step with the situation”, by police officers “little in control”.

A “lack of discernment” of the police

At the same time, a summary judge in Paris ordered an expert report on October 26 to determine the extent of the damage suffered by the widow Liu and her four children, prior to an action for liability of the State for gross negligence.

For his part, the former Defender of Rights, Jacques Toubon, had recommended disciplinary sanctions against the police for their “lack of discernment” and poor care for children, held two hours without assistance after the tragedy.

The death of Shaoyao Liu had sparked the anger of the Chinese community during several demonstrations of unprecedented scale.

*The article has been translated based on the content of Source link by https://www.leparisien.fr/faits-divers/mort-de-shaoyao-liu-non-lieu-confirme-pour-le-policier-qui-avait-tue-le-pere-de-famille-chinois-17-11-2020-8408792.php
. If there is any problem regarding the content, copyright, please leave a report below the article. We will try to process as quickly as possible to protect the rights of the author. Thank you very much!

These were the details of the news Death of Shaoyao Liu: dismissal confirmed for the policeman who killed... for this day. We hope that we have succeeded by giving you the full details and information. To follow all our news, you can subscribe to the alerts system or to one of our different systems to provide you with all that is new.