In Canada, a very rare white elk was shot by hunters 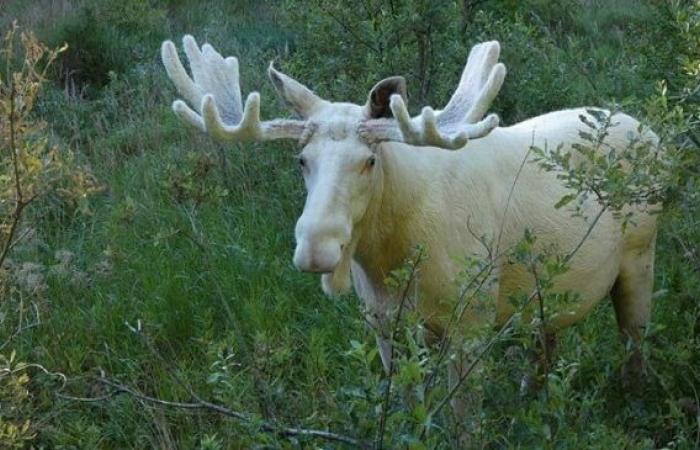 In the province of Ontario, Canada, a white elk was shot down by hunters. This rare animal is a sacred being to the natives, who were shocked and indignant at this act.

In the Flying Post Nature Reserve in northern Ontario, a white elk was shot down. He was accompanied by another moose, brown in color. Their heads were found on the side of the road near a forest.

However, the white elk is a sacred and rare being in this country.

White elks are rare animals. Contrary to what one might think, they are not albinos since they get their color from their genes.

They were first spotted in Canada 40 years ago, but it was only in the last ten years that they were granted specific status for protection.

Now, a law has been enacted to prohibit the killing of white elk. In hunting areas, signs warn poachers by forbidding them to shoot these animals.

Sacred beings for the natives

In local Ontario culture, many animals are considered sacred beings. These spirits would protect the natives and would be symbols of hope. When the population learned that one of these animals had been slaughtered, a wave of indignation gripped the inhabitants.

“Everyone is outraged and sad. Why shoot this animal? If you have a license to kill a moose, you can choose a different one. Leave those who have white coats alone », asked Murray Ray, a resident.

A reward for finding the hunters

One of the locals, Troy Woodhouse, has promised a reward of $ 1,000 Canadian if anyone finds the hunters guilty of the crime.

“It saddens me that someone kills such a beautiful animal. No one knows exactly how many there are in the region, so the loss of a single white elk is already too much ”, he confided.

Following this decision, donations were added, creating a pot of 8,000 Canadian dollars.

“Maybe the hunters tried to kill one moose and hit the other by accident. There is so much negativity in the world today. It’s nice to see people come together and try to turn that into something positive ”, a continué Troy Woodhouse.

In Nova Scotia, a white elk had already been killed in 2013. The people had asked that the skin of the animal be returned to them, to organize a ceremony in his honor. The people of Ontario hope the hunters will do the same.

*The article has been translated based on the content of Source link by https://www.demotivateur.fr/article/canada-un-elan-blanc-figure-sacree-pour-les-autochtones-a-ete-tue-par-des-braconniers-23089
. If there is any problem regarding the content, copyright, please leave a report below the article. We will try to process as quickly as possible to protect the rights of the author. Thank you very much!

These were the details of the news In Canada, a very rare white elk was shot by hunters for this day. We hope that we have succeeded by giving you the full details and information. To follow all our news, you can subscribe to the alerts system or to one of our different systems to provide you with all that is new.