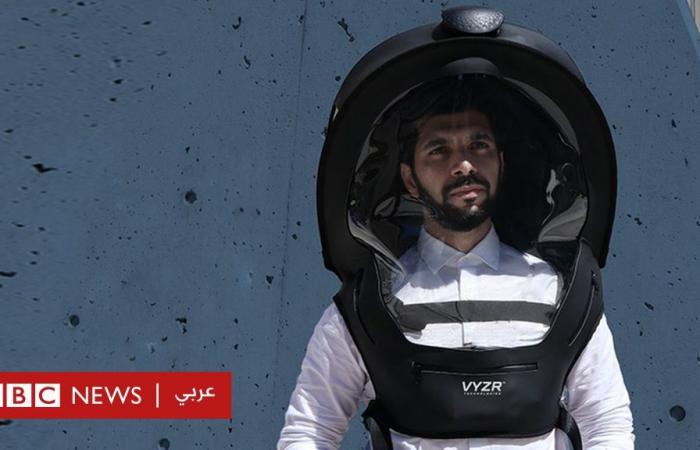 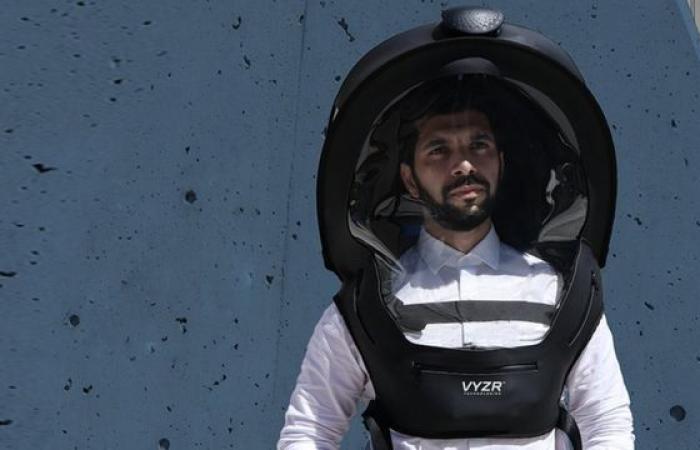 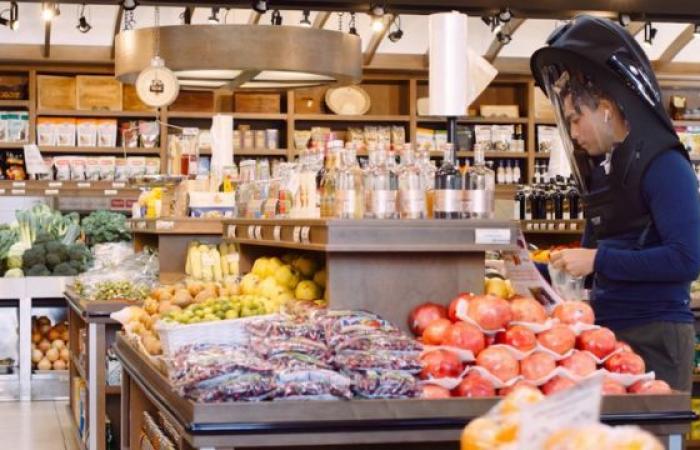 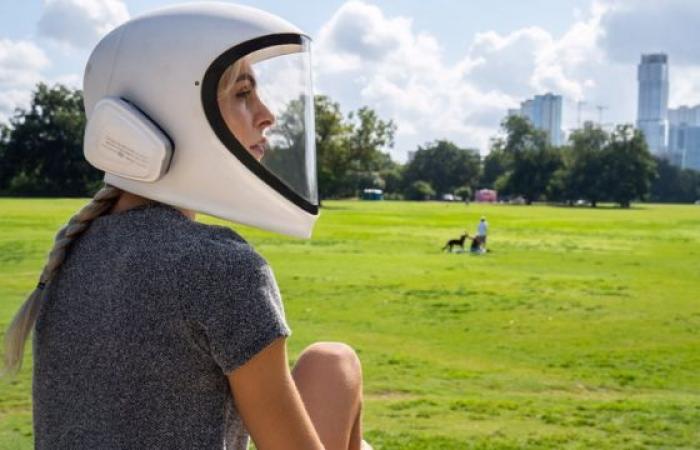 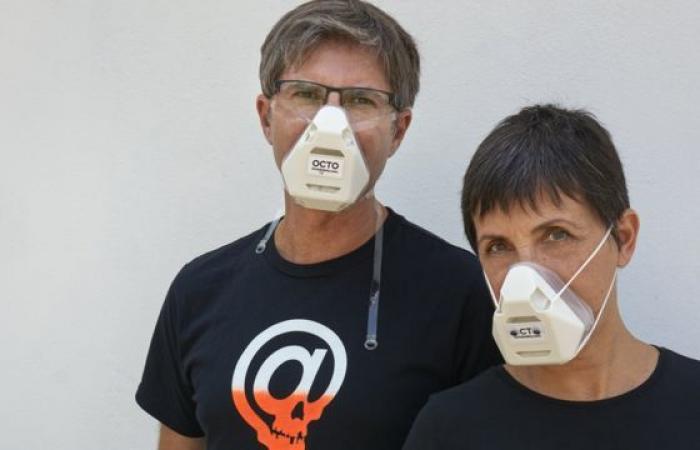 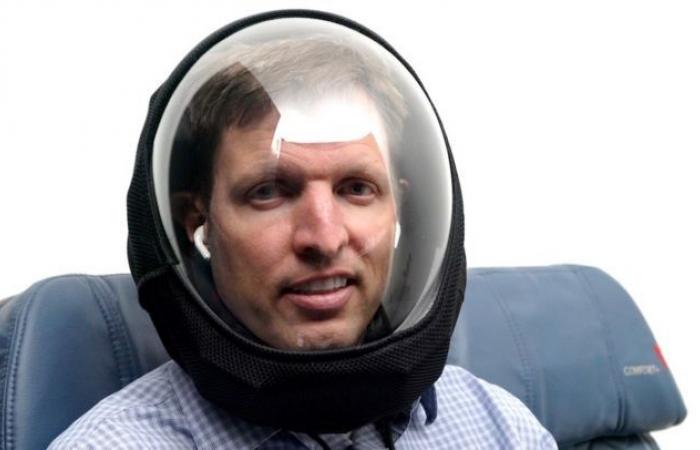 For the past two months, inventor Yazan Al-Qaisi has been riding the Toronto subway, in Canada, wearing a huge black helmet called “the crazy helmet.”

The helmet completely surrounds his head and upper torso to protect from any danger, and has a visor that extends up to the chest.

On the back, the helmet is equipped with a battery-powered fan and breathing system that cleans the air by absorption and pushes “stale” air out.

Al Qaisi looks like a character from a horror movie, so it is not surprising that the 32-year-old faces some strong reactions.

“Someone shouted, ‘Where did you get this from? Many were approaching me out of curiosity,’” he says.

And he adds: “Others were in a state of amazement, certainly not laughing, and even if they do, I cannot see their mouths because everyone wears masks.”

Al-Qaisi is one of several designers and businessmen around the world who have rushed to create protective helmets (equipped with a respirator to purify the air), targeting those who are looking for the greatest possible protection from the Corona virus more than just wearing a muzzle.

The helmet was called “Bio-Phaser”, and its battery is said to last for 12 hours. Al-Qaisi, who is Canadian, says his company, “Phaser Technology,” has recorded sales of “tens of thousands”.

Chris Ellinger, a former US Navy soldier, was able to invent another helmet.

“This helmet in the psychological sense prepares us for the future fate of our human race,” says the 35-year-old.

His company, Valhalla Designs, based in Austin, Texas, launched the product, which they called “NE-1”, which is more like a motorcycle helmet.

The helmet is equipped with a powered air purification system, and contains internal and external microphones and speakers, so that the wearer can easily talk with the people around him.

It also features a Bluetooth audio system, enabling you to make a phone call or listen to music.

The question is, are these helmets really necessary after announcing the Corona virus vaccine last week?

Michael Hall, whose company sells a helmet called “Air” with a ventilator, believes these helmets will be popular in the long term with people who are concerned about air quality.

His Utah-based Hall Labs company says it has sold 3000 helmets so far, and it is currently working on creating more high-tech helmets, so that the helmet barrier can turn into a screen where the user can watch videos.

The 44-year-old says, “For air travel, we will be able to create a chip (for helmets) that acts as noise-isolating headphones. We think there is a market for this kind of psychological comfort.”

Even so, whether a helmet is for protection against airborne viruses or for air purification, are these helmets overly exaggerated?

“Helmets have the advantage of showing people’s faces, as you can see the smile and human facial expressions, as well as providing a very strong feeling of safety,” she added.

“Nevertheless, since each of these helmets relies on a filtering system, batteries, and (other things) at least, all of these components can malfunction. If only one of them fails, you are facing a serious problem,” she says.

It warns that helmets should be cleaned well before each use.

Doyne says that all people need is a respirator that meets the quality standards adopted in this country, and respirators contain internal filters that fit more tightly and work more effectively than simple cloth face masks.

The cost of the previously mentioned three helmets ranges between $ 149 and $ 379, but none of them received a certificate, and despite this, each of the three companies says it is nearing the final stages of that.

Susan Pham, medical director of the Covid-19 Response Team at Wes Memorial Hospital in Chicago, USA, says: “It remains to be seen whether these wonderful helmets effectively combat Covid-19 or not, given that there is not enough research on them currently.”

Despite this, she believes the helmets will sell well, in return for the confidence they give to those who wear them and the actual protection they provide.

“In general, the epidemic was primarily medical, but it definitely became psychological as well,” says Pham.

These were the details of the news Coronavirus: Inventors create helmets equipped with advanced technology to protect against... for this day. We hope that we have succeeded by giving you the full details and information. To follow all our news, you can subscribe to the alerts system or to one of our different systems to provide you with all that is new.