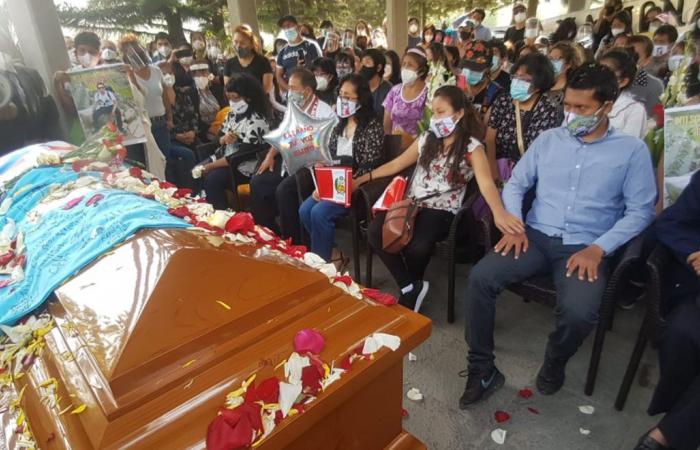 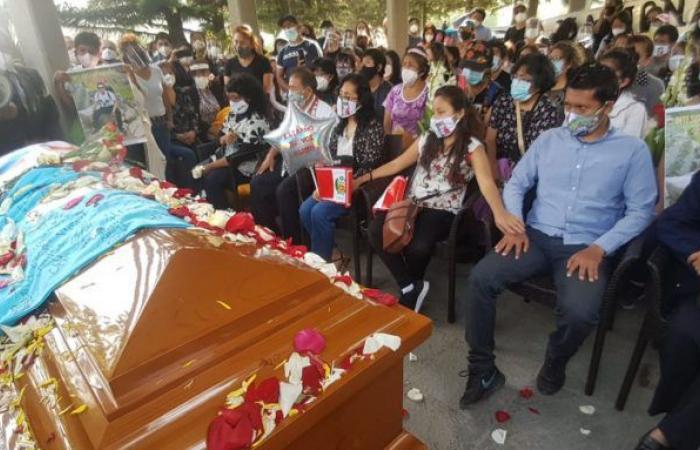 “When a fighter dies, he never dies”, with this phrase, dozens of people gathered at the Campo Fe cemetery from Huachipa for the burial of Jordan Inti Sotelo Camargo (24), one of the young men killed in the marches against the de facto government of Manuel Merino.

At 2.00 pm the hearse arrived, while the assistants made a caravan from the door to where the protester’s body would be buried. Mr. Salomón Sotelo, Inti’s father, could not help crying on more than one occasion.

“We have to say goodbye, but it is a see you later because we will carry it in our hearts and minds. As they say, it is etched in the retina of our eyes and also in everyone’s memory. (…) My son’s life has been lost in the fight for democracy”, He indicated.

Meanwhile, the young man’s mother, who previously kept away, this time spoke very briefly when asked how she would remember Inti. “My son, the last thing he told me was ‘I’m going to give my life for my country,’ I won’t say more,” said the woman.

The relatives said that Inti Sotelo was studying at an institute to be a tourist guide, as he was very fond of the history of the country. He was close to finishing his degree and he planned to study French and Portuguese, since he already mastered English.

Before, he worked at the Museum of the Catacombs, in the center of Lima, but as a result of the pandemic, he stopped doing it and made a living as an app delivery delivery man by using his bicycle.

*The article has been translated based on the content of Source link by https://larepublica.pe/sociedad/2020/11/16/entierran-a-inti-sotelo-en-cementerio-de-huachipa/
. If there is any problem regarding the content, copyright, please leave a report below the article. We will try to process as quickly as possible to protect the rights of the author. Thank you very much!

These were the details of the news Inti Sotelo is buried in the Huachipa cemetery for this day. We hope that we have succeeded by giving you the full details and information. To follow all our news, you can subscribe to the alerts system or to one of our different systems to provide you with all that is new.

PREV Report: US wasted billions on cars, buildings in Afghanistan
NEXT Trump, returning to political stage, flirts with 2024 run