Murder of Inti and Jack is violation of human rights 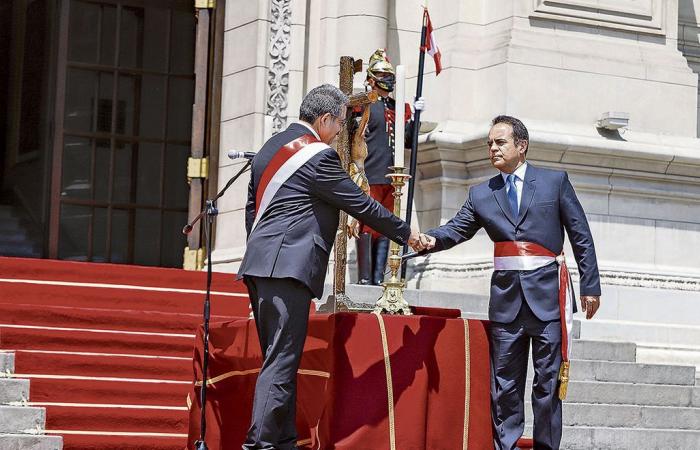 By order of the Nation’s prosecutor, Zoraida Ávalos, the murder of Inti Sotelo Camargo, 24, and that of Jack Brian Pintado Sánchez, 22, during the November 14 march, are investigated as serious violations of the human rights.

The same will happen with the aggressions, injuries, arbitrary detentions and cases of disappearances that had been presented and reported during the protest marches against the regime of Manuel Merino.

The complaint asks to investigate the unjustified use of force, with the indiscriminate use of tear gas and the use of pellets, despite the fact that they were peaceful marches. In addition to the intervention of the Terna squad.

In response to this provision, the investigations were assumed by the prosecutor Jhonny Soto Jiménez, of the 3rd supraprovincial prosecutor’s office specialized in crimes of terrorism and violation of human rights.

Thus, the prosecutor Carmona tasked the experts of the Prosecutor’s Office to determine what type of projectile are the ten lead balls or pellets extracted from the body of Jack Pintado, if the shot was fired at short or long distance and what type of weapon was used. The projectiles hit him two in the skull, two in the face, two in the neck, two in the right arm and two in the thorax.

While the proceedings were being carried out on the two murders, various prosecutors, a representative of the Ombudsman’s Office and human rights organizations visited police stations and barracks to find the location of more than 40 young people reported as missing during the protest march.

For the night, 9 young people still remain without being located. The National Prosecutor’s Office had ordered the presence of prosecutors in the police stations where detainees from the marches in downtown Lima are usually transferred, but on Saturday night, the police transferred them to another place and only reported six detainees.

For example, the printer Javier Mollo Fuentes and his girlfriend Ana de la Cruz, illegally detained under the accusation of printing pamphlets, were transferred to the Dinincri, where there was no stable prosecutor, and it is not a unit for this type of intervention, said the lawyer. from the Human Rights Coordinator, María del Mar Pérez.

Pérez indicated that human rights organizations are collecting additional information, such as the abuse and mistreatment of a sexual nature suffered by some detainees, in order to make an expanded complaint against Merino de Lama and the police officers.

Excessive use of force by the police

The complaint against Manuel Merino and the de facto Interior Minister, Gastón Rodríguez, notes that tear gas such as pellets were not used as a deterrent, in the face of any event that entails danger, but to avoid the exercise of the right to protest.

For the lawyer of the DD Coordinator. H H. María del Mar Pérez, the evidence indicates that the police officers acted with extreme violence because they would have received orders from their superior bosses. Therefore, it is necessary for the Prosecutor to carry out an exhaustive investigation to determine guilt.

Subscribe here to the Politica La República newsletter and receive daily in your email the most outstanding news on the issues that mark the national agenda.

These were the details of the news Murder of Inti and Jack is violation of human rights for this day. We hope that we have succeeded by giving you the full details and information. To follow all our news, you can subscribe to the alerts system or to one of our different systems to provide you with all that is new.