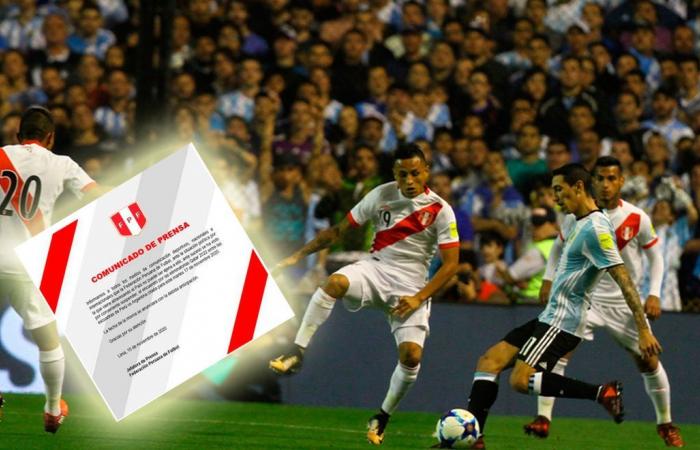 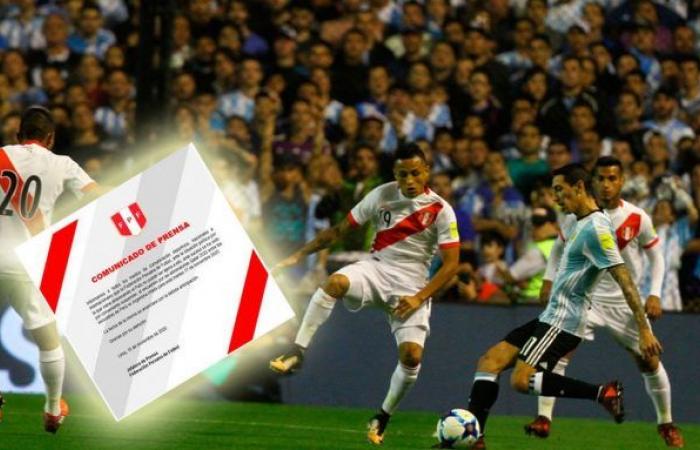 The Peruvian team will face Argentina this Tuesday at the National Stadium in Lima for the date 4 of the Qatar 2022 Qualifiers. However, the political crisis in the country put in suspense if the commitment was developed. In this context, an alleged document of the FPF ‘confirming’ the suspension of the match.

Said statement is false, since the text lacks veracity and suffers from some spelling errors. According to the newspaper Líbero, the FPF presented guarantees to ensure the development of the duel for Playoffs.

According to journalist Gustavo Peralta, the corresponding management of the collation had been carried out several days ago with the region of the National Police of Peru (PNP) in charge of sporting events, which gave the go-ahead and will allocate a part of its staff to protect to the delegations of both teams.

If the holding of the match had become unfeasible in Lima, Conmebol would have moved the headquarters to Santiago, since the agency’s intention is to avoid, as far as possible, the postponement of the meetings, added Peralta.

Given the uncertainty about whether or not the match was played Peru vs. Argentina, on the morning of this Sunday, it was announced that the press conference of Ricardo Gareca it was not going to take place.

“Journalists, the Peruvian Football Federation deeply regrets the situation we have been experiencing as a country, to which we are not alien. In this sense, we have decided to suspend some dissemination actions by our senior team, so no conferences or individual interviews will be held. We call for the unity of all Peruvians, “said the FPF statement.

After knowing the resignation of Manuel Merino, some elements of the Bicolor were manifested through social networks. In his Instagram account, Carlos Zambrano called on the population to be vigilant also with the congressmen who caused the political crisis.

“What the people wanted was achieved, the resignation of the president. But let’s not forget all those who are in Congress, those are the worst, because if not, everything remains the same. Peru Force ”, posted the central.

For his part, Renato Tapia spoke on his Twitter account. “We did it. Do you realize what we are capable of doing? Now comes the most complicated. Let’s go Peru ”, was the message on the flyer.

*The article has been translated based on the content of Source link by https://larepublica.pe/deportes/2020/11/15/es-falso-que-la-fpf-haya-suspendido-el-partido-peru-vs-argentina/
. If there is any problem regarding the content, copyright, please leave a report below the article. We will try to process as quickly as possible to protect the rights of the author. Thank you very much!

These were the details of the news It is false that the FPF has suspended the Peru vs.... for this day. We hope that we have succeeded by giving you the full details and information. To follow all our news, you can subscribe to the alerts system or to one of our different systems to provide you with all that is new.