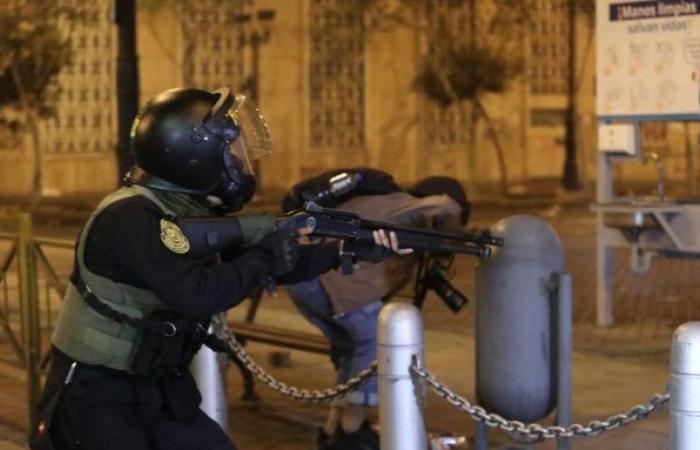 The lawyer for the family of Jack Brayan Pintado Sánchez denounced that the projectiles found in the body of the 22-year-old were made of lead and not rubber, as mentioned by the National Police of Peru. He qualified the act as a homicide

In total, the victim would have received at least ten hits during the second national march against the Manuel Merino regime.

“Two (projectiles) in the skull, in the face, in the neck and in the arm. They have done well not to allow the presence of police personnel, because here they have nothing to do. This is a matter for the Public Ministry. This is a manslaughter, but we will verify this. We will enforce the rights of the victim’s family ”, he mentioned in dialogue with RPP.

It also denounced an alleged obstruction in criminal evidence, because PNP personnel tried to enter the Central Morgue up to three times, despite the fact that their entry was prohibited.

To this complaint is added the one mentioned by the relatives of Inti Sotelo Camargo. According to them, the agents went to their home to try to intimidate them.

“The Police have gone to the house of the gentlemen, we do not know why. It is a situation that is occurring in various situations with other cases. […] There is a dead person, the family members are going through a very serious situation and they have to withstand the pressure of the Police, ”said the lawyer in dialogue with América TV.

The Lima Central Morgue culminated all the autopsy of the law carried out on the bodies of the two young men murdered during the demonstrations. As reported, all the evidence was delivered to the experts of the Expertise Management of the Public Ministry.

*The article has been translated based on the content of Source link by https://larepublica.pe/sociedad/2020/11/15/proyectiles-encontrados-en-el-cuerpo-de-bryan-pintado-fueron-de-plomo-y-no-de-goma/
. If there is any problem regarding the content, copyright, please leave a report below the article. We will try to process as quickly as possible to protect the rights of the author. Thank you very much!

These were the details of the news Projectiles found in Bryan Pintado’s body were lead and not rubber for this day. We hope that we have succeeded by giving you the full details and information. To follow all our news, you can subscribe to the alerts system or to one of our different systems to provide you with all that is new.