More than 80% of the Pfizer vaccine doses were bought by... 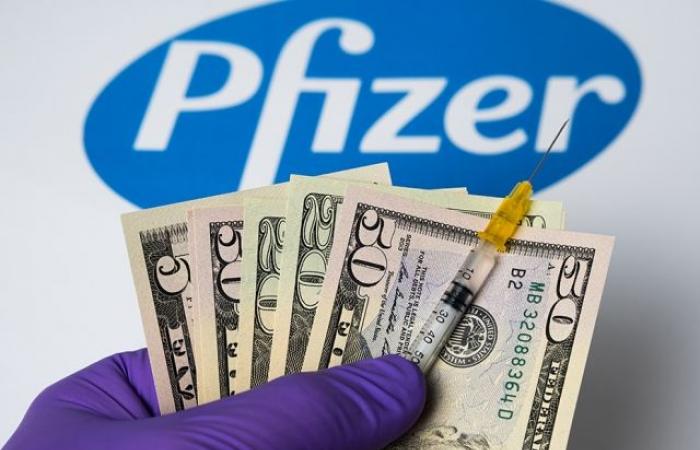 Just two days after the giant pharmaceutical company Pfizer shared the early positive results of the coronavirus vaccine trial, mass purchases of the vaccine by the world’s richest countries left more than 85% of the world’s population, i.e. the poorest, without any means to obtain it.

Activists in the United Kingdom warned on Wednesday that poor countries will suffer for a long time from the Corona virus, despite the availability of the vaccine, and called for changing global patent laws that make the production of the vaccine monopolized by the company that discovered it.

Pfizer says that by the end of 2021, it will be able to produce 1.35 billion doses of the vaccine that has shown to be 90% effective in preventing Coronavirus infection in patients who have never had the virus. More than a billion doses have already been purchased, accounting for 82% of the supply, by rich countries (and this group makes up only 14% of the world’s population).

The World Justice Organization stated in a statement on its website, that Pfizer may allocate some doses to developing countries, but nevertheless, it is expected that these doses will form a small fraction of those produced by Pfizer, preventing millions of people from receiving the vaccine.

The World Justice Organization repeated its call earlier this week to suspend global patent rules to enable poor countries to develop similar versions of the Pfizer vaccine at lower prices. South Africa and India suggested last month that the World Trade Organization suspend intellectual property rules for vaccines and treatments related to COVID-19, which would make the production of a vaccine the preserve of a single company.

Global Justice Organization Director Nick Durden said, “It is necessary to end what he called” vaccine nationalism “, that is, every country will ensure that sufficient quantities of its people are secured, and adequate supplies must be provided to all, on a fair and expeditious basis. By supporting governments such as South Africa and India that are trying to suspend intellectual property rules in the World Trade Organization during the world emergency.

These were the details of the news More than 80% of the Pfizer vaccine doses were bought by... for this day. We hope that we have succeeded by giving you the full details and information. To follow all our news, you can subscribe to the alerts system or to one of our different systems to provide you with all that is new.