Widespread anger in Lebanon after the attack on a mosque and... 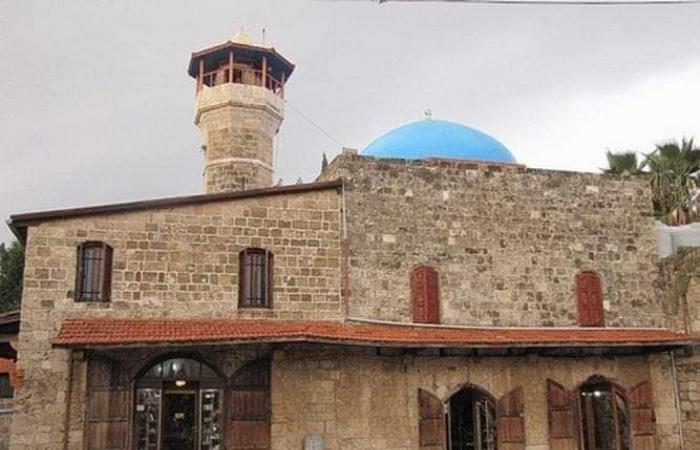 Lebanese youths demonstrated in the northern city of Tripoli, on Saturday, to protest an attack against an Egyptian mosque muezzin.

The official Lebanese News Agency said that a number (unspecified) of young men blocked roads leading to Abdel Hamid Karami Square in Tripoli with burning tires, in protest against an attack on Friday, the muezzin of the Sultan Ibrahim bin Adham Mosque in Jbeil, north of Beirut.

The agency added that the protests took place “amid the deployment of army and internal security forces around the square, while traffic was diverted to secondary roads.”

According to what Lebanese media reported, a group of people mocked the call to prayer and recited the Qur’an and then entered the mosque to attack the muezzin by beating and insulting.

The satellite website “LBC” stated that “the defendant was the imam of the Byblos mosque who surrendered to the security forces.”

Several Lebanese news sites, including Al-Lewa newspaper, quoted the Mufti of the Jbeil region, Sheikh Ghassan Al-Luqais, as saying that “a group of young men attacked the Sultan Ibrahim bin Adham Mosque, after they entered it and beat his muezzin.”

Lakkis added, “We do not fear that the hand of sedition will extend from France to our city of Byblos, and then to Lebanon.”

While the denounced statements by politicians, parties and religious scholars, the Lebanese army announced, in a statement, the arrest of a person in the city of Jbeil after “an individual problem with the mosque’s muezzin.”

The statement said, “A patrol from the Intelligence Directorate in the city of Jbeil stopped the so-called (EM), after a singular problem occurred between him and (MB) the muezzin of the Sultan Abdul Majid Bin Adham Mosque from the Egyptian government, which developed into a conflict of hands and resulted in the latter being injured. “.

The statement added that the detainee was referred “to the internal security forces that are investigating, based on the reference of the competent judiciary.”

As a result, Saad Hariri, the president in charge of forming the government, commented, through his Twitter account, saying: “We have confidence in the judiciary after the main accused became in the custody of the security forces, and our greatest confidence in our people is in Jbeil, the city of one living and national unity.”

The aforementioned mosque is one of the ancient mosques in Lebanon, which were built during the era of the Ottoman Empire, and it was named after Imam Ibrahim bin Adham, one of the scholars of the Sunnis and the community.

Following the incident, the “Lebanese Forces” party (headed by Samir Geagea) issued a statement in which he said: “We are absolutely against any aggression, so how is it rather if it is against places of worship?”

But the statement made it clear that it was “against altering an individual incident from its circumstances, and giving it a dimension of the many dimensions that are not appropriate.”

For his part, the head of the Free Patriotic Movement, Gebran Bassil, said in a tweet on Twitter, commenting on the incident, “The mosque is like the church, the house of God, and any assault on them is a stab at the convergence of Lebanon.

The media office at Dar Al Fatwa stated in a statement that “The Mufti of the Lebanese Republic Sheikh Abd al-Latif Derian is following up on what has been published through some media outlets and social networking sites about the news of the attack on the Jbeil Mosque by some of the youths who have been beaten to the muezzin.” Mufti Derian asked the relevant agencies in The state investigates what happened to build on what is required. “

“The city of Jbeil, the cradle of civilizations, communication, intimacy, love and brotherhood between religions, Jbeil is the true model of coexistence among all its components. Stop exaggeration, discrimination and hatred, and we will not and will not allow auctions.”

These were the details of the news Widespread anger in Lebanon after the attack on a mosque and... for this day. We hope that we have succeeded by giving you the full details and information. To follow all our news, you can subscribe to the alerts system or to one of our different systems to provide you with all that is new.