Attacks on the muezzin of a mosque in Jbeil, and the... 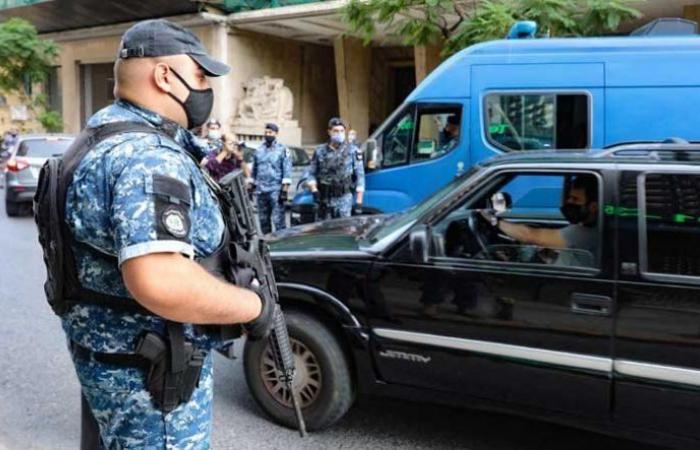 In a sudden and rare incident in the Byblos region, a young man attacked the muezzin of the Sultan bin Adham Mosque in Jbeil, shouted offensive slogans and attacked the natour, which prompted deplored and surprising reactions at the timing of this attack, which ended with the defendant surrendering himself to the security forces, according to Information, a young man works in one of the nearby hotels in the port of Jbeil.

In protest against this attack, protesters blocked the road in Al-Nour Square in Tripoli and lit tires, demanding the security services to arrest the perpetrators immediately and hold them accountable.

The media office at Dar Al Fatwa stated in a statement that “the Mufti of the Lebanese Republic Sheikh Abdul Latif Derian He follows up on what was published on some media and social networking sites about the attack on the Jbeil Mosque by some young men who were beaten to the muezzin. Mufti Derian asked the relevant agencies in the state to investigate what happened in order to build on what is required.

The Mount Lebanon Endowments Department issued a statement saying: “After the Mount Lebanon Endowments Department was informed of the attack that took place on the Imam Ibrahim bin Adham Mosque – Jbeil, and immediately and under the directives of His Eminence, the Mufti of Mount Lebanon Sheikh Dr. Muhammad Ali Al-Jouzo to follow up the matter with the competent security authorities, it took The competent security authorities are grateful for quick measures, especially the Byblos platoon ordering an immediate report to investigate and prosecute the aggressors, and the decision was taken by the Mount Lebanon Endowments Department to file a complaint with the character of a personal prosecution in the face of the aggressors and everyone who is shown by the investigation as an actor, partner, instigator or interference, and a stronger removal The necessary penalties against them. The matter is within the framework of follow-up by the concerned authorities. The department calls on all judicial and security authorities to work diligently to bring this file to an end that prevents any discord between the people of the same country, while ensuring respect for the places of worship and religious institutions that work constantly to spread morals and virtue throughout the country.

For his part, the Mufti of Jbeil, Sheikh Ghassan Al-Luqais, denounced the attack, which he described as brutal, against the Mosque of Sultan Ibrahim bin Adham, saying: “We do not fear that the hand of sedition will extend from France to our city of Byblos and then to Lebanon.”

He added, “Byblos is the capital of dialogue and coexistence. This is how some of its residents deal with the tolerant values ​​and principles of Islam.” Later, Lakkis explained that “the attack on the Jbeil Mosque is being addressed, and that the attackers are in the custody of the security services.”

One of the priests of Jbeil confirmed to “Al-Quds Al-Arabi” that there is no background at all for the attack, but rather an individual act, and that “the aggressor and the attendant who is of Egyptian nationality are friends.”

Member of the Strong Republic Bloc, MP Ziad Al-Hawat, tweeted: “The city of Jbeil, the cradle of civilizations, communication, intimacy, love and brotherhood between religions, Jubail is the true model of coexistence among all its components. Stop exaggeration, discrimination and hatred, and we will not and will not allow auctions.”

Likewise, former MP Faris Saeed tweeted on his Twitter account: “An immediate investigation by His Excellency the Minister of Interior into what happened in front of the Byblos Mosque is necessary before rushing into the positions,” and he said: “If it was an attack on the mosque, we are against it. Against amplification, Jbeil is the land of coexistence.

As for the head of the Free Patriotic Movement, MP Gebran Bassil, he said: “The mosque is like the church, the house of God, and any attack on them is a stab at the convergence of Lebanon. All condemnation when the Imam Ibrahim bin Adham mosque was exposed to him in Jbeil, the city of openness and common life that overturned all sedition throughout its history.

These were the details of the news Attacks on the muezzin of a mosque in Jbeil, and the... for this day. We hope that we have succeeded by giving you the full details and information. To follow all our news, you can subscribe to the alerts system or to one of our different systems to provide you with all that is new.