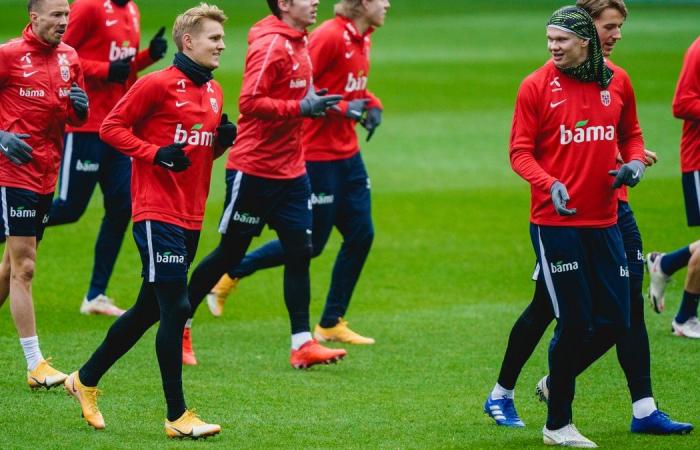 The week so far has been anything but the merry battle for the Norwegian Football Association, and today it got even worse.

After the meeting, the NFF leaders decided to postpone their departure, the association writes in a press release. They are now working hard to assess whether they should leave anyway, and possibly what it will entail.

The Norwegian Directorate of Health has both Friday and Saturday put considerable pressure on the Norwegian Football Association to stop the journey.

Jakob Linhave, director of the Department of Environment and Health, wrote the following in an email to, among others, Secretary General of the NFF, Pål Bjerketvedt, on Friday afternoon:

«There is a significant risk of transporting the Norwegian men’s national football team together to Romania for the implementation of the planned international match. The entire team is in quarantine after close contact with a teammate who tested positive on 12 November 2020.»

«Although other players test negative before the planned departure to Romania, testing here was carried out shortly after exposure. There is therefore a risk that close contacts who test negatively are still infected.»

– Sanctioned by the police

Assistant health director Espen Rostrup Nakstad told NRK just before NFF’s complete turnaround on Saturday morning that the national team could increase the risk of spreading the infection if the trip was completed.

– If people who should have been in quarantine and who later turn out to be infected have had close contact with others during the quarantine period, there is a risk of the spread of infection. That is why you are quarantined for ten days after the last contact with an infectious person, he says.

– What have you communicated to the NFF?

– The Norwegian Directorate of Health has clarified to the NFF that it is not in line with the quarantine institute to take players who are close contacts of an infected person out of quarantine to play football.

Nakstad was also clear on what one risks if the law is broken:

Violations of the covid-19 regulations in Norway can be sanctioned by the police.

– When the Norwegian Directorate of Health puts its foot down, we have asked the squad to remain in Norway until we get a new assessment. We have Norwegian legislation on a side that we interpret differently. If we do not travel, we are breaking the European community we are part of. We, and not least the players, lose an opportunity to qualify for the World Cup should we fail in the first round. We lose the chance for a pool winner that would give promotion to level A and hence more attractive opponents and that this has very large financial consequences for us. In addition, as the only country in UEFA, we will not compete in mandatory matches that we have committed to. This is a very demanding situation.

The captain’s team on the national team has been clear on the desire to leave, despite the fact that it would lead to a breach of quarantine.

– The upcoming Nations League matches mean a lot to us in sports. If we do not make a team, it means that we lose two games. That means a lost opportunity to qualify for the World Cup. We are, of course, concerned about the increased contagion situation in society. That is why we do everything in our everyday lives so as not to expose others to risk. As football players, we have lived in quarantine for six months. We do what we can to keep football going. These matches mean a lot to us, says Stefan Johansen and Martin Ødegaard in the captain team.

*The article has been translated based on the content of Source link by https://www.nrk.no/sport/landslaget-utsetter-avreise-til-romania-1.15244307
. If there is any problem regarding the content, copyright, please leave a report below the article. We will try to process as quickly as possible to protect the rights of the author. Thank you very much!

These were the details of the news The national team postpones departure to Romania – NRK Sport –... for this day. We hope that we have succeeded by giving you the full details and information. To follow all our news, you can subscribe to the alerts system or to one of our different systems to provide you with all that is new.

PREV Dubai volunteers bring relief to families of people who died from COVID-19
NEXT Trump, returning to political stage, flirts with 2024 run