Norway’s matches against Romania and Austria are played – with a... 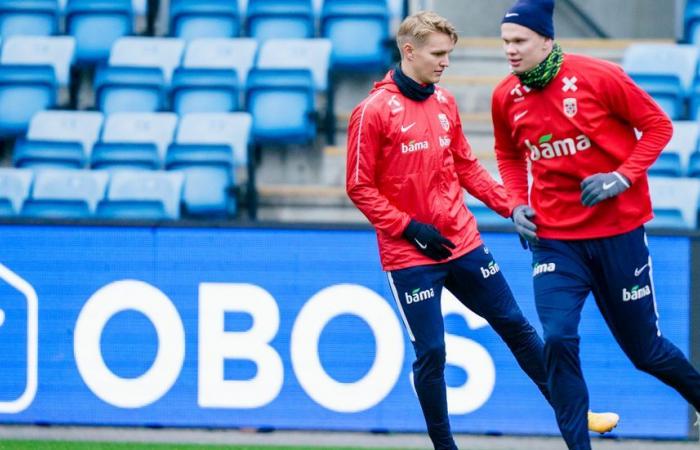 This is stated by the Norwegian Football Association (NFF) in a press release on Friday night.

Could Norway go to Romania and Austria for the decisive Nations League matches that are played on Sunday and Wednesday, respectively?

Omar Elabdellaoui has tested positive for the coronavirus

After a long day of postponed press conferences, hectic meetings and speculation, the answer is: Yes, there will be a fight.

But not without consequences.

More must stay at home

– This is a demanding situation with many dilemmas. We do not want to challenge the exception we have received for entry quarantine. We therefore intend to leave players who play in Norwegian clubs left in the quarantine of infection in Norway. We do this to prevent the spread of infection in Norwegian society. As we assess the situation, Norwegian players who live abroad can leave the country because they will not return to Norway, says football president Terje Svendsen in the press release.

– It is a very sensible decision. It is important for the entire Norwegian football that the Eliteserien gets finished playing, writes the general manager of Odd, Einar Håndlykken, in an SMS to VG.

Thus, Marius Lode does not get the national team debut he had been looking forward to:

Two of the players who are out of the squad, André Hansen and Sondre Rossbach, are goalkeepers. This means that Norway, as of now, only has one goalkeeper with them for the two away games.

VG’s national team commentator, Knut Espen Svegaarden, reckons Norway will bring in a reserve goalkeeper for the upcoming matches. They have to, he thinks.

– You can not go to a match without a reserve keeper, so they are guaranteed to bring in a goalkeeper.

Svegaarden emphasizes that the majority of Lars Lagerbäck’s basic squad is still involved, minus a couple of players. But if you take Friday’s decision, as well as all the deadlines towards the match, it is clear that Lagerbäck has far fewer options.

In addition to the missing elite series players and Elabdellaoui, Mathias Normann, Jonas Svensson, Birger Meling and Stian Gregersen have all reported delays due to injuries. In addition, it is uncertain whether Kristoffer Ajer will be ready to play.

– They have had plenty of injury problems so far, so it was really an advantage that the planned match against Israel was never played. And he does not lose anything he has had. He has not been dependent on Patrick Berg or Marius Lode, says Svegaarden, and adds:

– With the charge they have had, it is easy to make excuses afterwards. But now they have made a choice, and then you have to stand for it, regardless of how it goes.

The Norwegian national team players have been tested for the coronavirus four times since they arrived. As recently as Friday, they were tested, and all tested negative (except the aforementioned Elabdellaoui).

Prime Minister Solberg warns sports: It can be difficult to carry out the European Handball Championship

“The Norwegian national team is confident that we handle the situation with travel, where we travel as a group in our own bus, with our own charter plane and live in isolation at the hotel in Romania. NFF has been in dialogue with the Romanian Football Association, which welcomes the Norwegian squad. They are confident that the UEFA protocol provides a good framework for the match “, it is stated in the press release.

– If we do not field teams, it means that we lose two games. That means a lost opportunity to qualify for the World Cup. We are, of course, concerned about the increased contagion situation in society. That is why we do everything in our everyday lives so as not to expose others to risk. As football players, we have lived in quarantine for six months. We do what we can to keep football going. These matches mean a lot to us, says Stefan Johansen and Martin Ødegaard in the captain team.

VG has tried to get in touch with the national team’s assistant coach, Per Joar Hansen, without success.

VG will return with more.

These were the details of the news Norway’s matches against Romania and Austria are played – with a... for this day. We hope that we have succeeded by giving you the full details and information. To follow all our news, you can subscribe to the alerts system or to one of our different systems to provide you with all that is new.