Amnesty International: France is not a champion of freedom of expression... 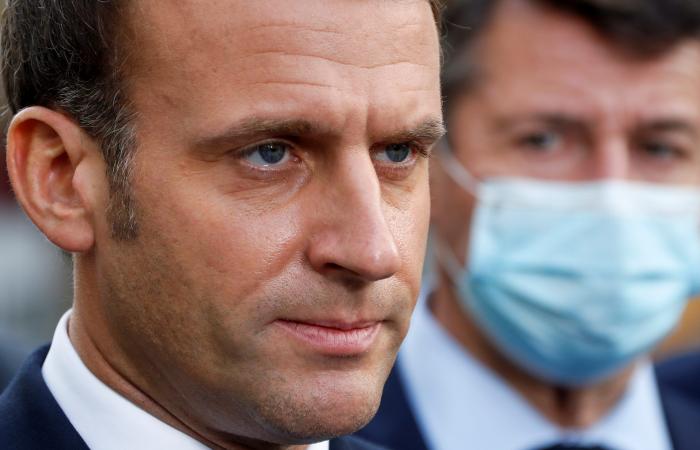 The article written by Marco Perolini, a researcher at the organization for European affairs, added that French President Emmanuel Macron and his government responded to the killing of the French teacher, who had shown offensive cartoons to the Prophet Muhammad by declaring their support for freedom of expression and doubling their ongoing campaign to discredit French Muslims.

He pointed out that the French police had been investigating four ten-year-old children for hours on suspicion of “justifying terrorism,” “after apparently questioning the teacher’s choice to display the cartoons.

He added that in 2019 a French court convicted two men of “contempt” after they burned an effigy of President Macron during a peaceful demonstration.

He said that the French Parliament is currently discussing a new law criminalizing the circulation of images of law enforcement officials through social media, noting that it is difficult to reconcile this approach with the fierce defense of the French authorities against fees.

The article pointed out that if the right to freedom of expression includes opinions that may be disturbing, offensive or shocking, such as cartoons, then those who do not agree to publish them have the right to express their concerns.

He said that “just as the right to freedom of expression guarantees the possibility of criticizing the choice of depicting religions in ways that may be perceived as stereotypical or offensive,” so opposing drawings “does not make a person (separatist) or (fanatic) or (Islamic).”

He added, “While the right to express opinion or opinions that may be viewed as offensive to religious beliefs is being vigorously defended, Muslims’ freedoms of expression and belief usually receive little attention in France under the guise of (universal principles of the republic).”

The article pointed out that “in the name of secularism, Muslims in France cannot wear religious symbols or religious dress in schools or in public sector jobs.”

He stated that “France’s record on freedom of expression in other areas is equally bleak,” explaining that “every year thousands of people are convicted of (contempt of public officials), which is a vaguely defined criminal crime that law enforcement and judicial authorities have applied in huge numbers to silence peaceful dissent.” .

He pointed out that the European Court of Human Rights said last June that “the conviction of 11 activists in France for carrying out a campaign to boycott Israeli products violates their right to freedom of expression.”

The article stated that the French government is now working on dissolving associations and closing mosques, based on the vague concept of “extremism”. He pointed out that the term “extremism” was often used as a metaphor for “a devout Muslim.”

He added that Interior Minister Gerald Darmanen announced his intention to dissolve the “Collective Against Islamophobia in France” (CCIF), an organization that combats unfair discrimination against Muslims. The minister described the gathering as an “enemy of the republic” and a “back room for terrorism.” But he did not provide any evidence to support his claims.

And he stressed that “the government’s campaign to protect freedom of expression should not be used to cover up measures that put people at risk of human rights violations, including torture.”

These were the details of the news Amnesty International: France is not a champion of freedom of expression... for this day. We hope that we have succeeded by giving you the full details and information. To follow all our news, you can subscribe to the alerts system or to one of our different systems to provide you with all that is new.