Trump admits defeat for the first time in election 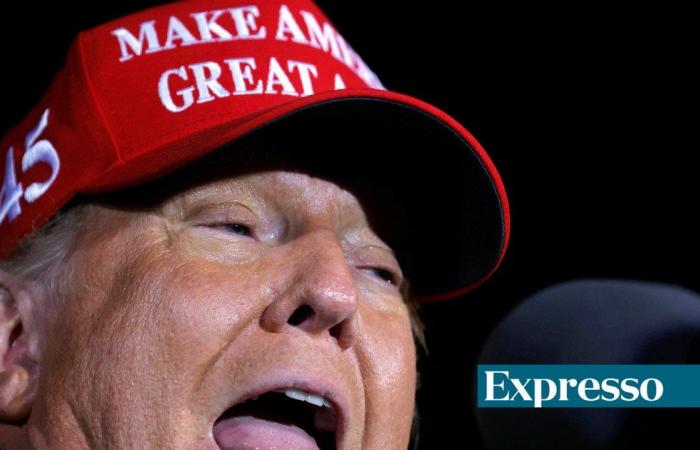 The still President of the United States, Republican Donald Trump, admitted this Friday, for the first time, that he may not win the presidential elections, a hypothesis that the US head of state has denied since Democrat Joe Biden was declared the winner.

Trump made a statement, at the White House in Washington, about the spread of the pandemic in the United States of America (USA) and the advances in the development of vaccines and therapies to combat SARS-CoV-2, in which he never once mentioned the name of the president-elect.

In the first comments, the American press highlighted that it was the first time that Trump did not denounce (unproven) illegalities in the electoral process and even admitted that he may not be the winner of the presidential elections.

This was Trump’s first press conference since the victory of Democratic candidate and now President-elect Joe Biden was announced – according to predictions made by several American media outlets, such as CNN , The New York Times, The Washington Post, among others.

The still President took advantage of the statement to speak about the announcement of a vaccine against covid-19, developed by the multinational pharmaceutical Pfizer and BioNTech, which whose announced effectiveness of 90% “far exceeded expectations”.

Donald Trump also spoke of the investment his administration made in Operation Warp Speed ​​and left a ‘warning’ to Pfizer, which admitted it did not belong to this public-private seem, initiated by the Trump administration, to facilitate and accelerate the development, manufacture and distribution vaccines, therapies and diagnoses against covid-19.

The President of States, who has always been skeptical about physical distance and the use of masks as ways to combat the spread of the new coronavirus, changed his speech and asked the population to be “vigilant, especially, as time gets more cold”. Trump finalized the statement and walked away from the pulpit, not allowing any questions from journalists.

Trump’s update on the evolution of the pandemic in the country comes days after President-elect Joe Biden announces the establishment of a team to find answers to this crisis.

Also this Friday, several American media outlets, including NBC and CNN, projected Biden’s victory with 306 electoral college delegates, against 232 of Trump. Biden managed to ‘turn’ Georgia to the Democrats and raised the 16 big voters, while Trump won in North Carolina (15 big voters).

Biden had already exceeded the 270 delegates at the Electoral College – half of the 538 major voters in this body plus one – needed to ensure victory in the presidential elections.

The Electoral College is made up of 538 members elected by the states according to their population. The winning candidate in each state, even by a single vote, guarantees all representatives of that state, with the exception of Nebraska and Maine. The candidate who obtains at least 270 major voters wins the election.

However, Trump’s candidacy continues to try to find evidence of electoral fraud to reverse presidential results, but all attempts have so far failed.

These were the details of the news Trump admits defeat for the first time in election for this day. We hope that we have succeeded by giving you the full details and information. To follow all our news, you can subscribe to the alerts system or to one of our different systems to provide you with all that is new.