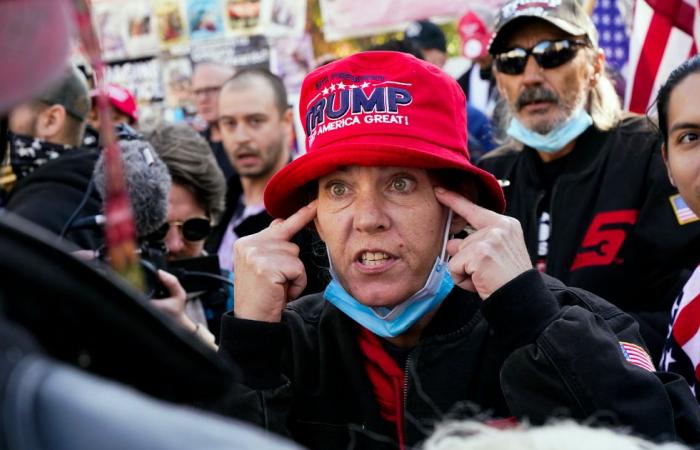 The law firm led by President Donald Trump’s challenge to the results of the US presidential election in Pennsylvania is pulling out of a federal case filed Monday.

Porter Wright Morris & Arthur have abruptly pulled out of Trump’s efforts to challenge votes from Philadelphia and other democratic countries where Democrat Joe Biden has been declared the winner. This emerges from a lawsuit first reported by the New York Times.

The move reflects the difficulty Trump faces as he tries through litigation to undo his defeat in the US presidential election.

“You are encountering” federal rules of procedure that “make a complaint based on law and act,” Young told Al Jazeera.

“All of these complaints are looking for facts that are the exact opposite of ethical obligations. These lawsuits are political statements that have nothing to do with the technical aspects of law and action, ”said Young.

Earlier this week, Arizona firm Snell & Wilmer withdrew from representing Republicans in what was known as the Sharpie Gate case, claiming that an election worker conspiracy had given Republican voters permanent ink marks that would spoil their ballots.

Attorney Ronald L. Hicks Jr., a partner in Porter Wright’s Pittsburgh office and co-chair of the firm’s suffrage practice, had been tapped by the Trump campaign to fuel his efforts to reverse election results in Pennsylvania.

Hicks didn’t immediately return a request for comment from Al Jazeera on Friday. According to Federal Election Commission records, Porter Wright earned more than $ 700,000 in legal expenses from the Trump campaign this year.

A report in the New York Times on Monday exposed internal tensions in the company over its work for Trump in Pennsylvania.

The Democratic National Committee has decided to dismiss Trump’s case in the US District Court for the Middle District of Pennsylvania.

“The culture of dropping out has finally reached the courtroom,” said Tim Murtaugh, spokesman for the Trump campaign, in a statement.

A third company, Jones Day, is facing public backlash for its work on a case that could disqualify tens of thousands of late-arriving postal ballots in Pennsylvania.

The Lincoln Project, a group of “Never Trump” Republicans who campaigned for Biden, has launched a social media and advertising campaign for Jones Day.

Jones Day made a rare statement saying it would not represent Trump or his campaign in the case of the Pennsylvania postal vote, but would not withdraw from the matter.

“Jones Day does not represent President Trump, his campaign or any related party in an election fraud litigation,” the company said in a November 10 statement.

The Jones Day case concerns an order from the Pennsylvania Supreme Court that gives counties three additional days to collect and count postal ballot papers that were postmarked before election day but arrived late. The case will likely be referred to the US Supreme Court for review. It could potentially invalidate thousands of postal ballot papers in Pennsylvania, but it wouldn’t reverse the outcome for Biden.

“The Pennsylvania Republican Party has petitioned the United States Supreme Court for a review by Jones Day on the grounds that the order is unconstitutional because it has used the Pennsylvania General Assembly’s power to determine electoral procedures, including postal voting deadlines said Jones Day statement.

While Jones Day does not technically represent Trump in the Pennsylvania case, the firm is closely tied to the president, who tweeted about the case and advocates that the Pennsylvania ballots be discarded.

These were the details of the news Law firm withdraws from Trump election lawsuit in Pennsylvania | ... for this day. We hope that we have succeeded by giving you the full details and information. To follow all our news, you can subscribe to the alerts system or to one of our different systems to provide you with all that is new.