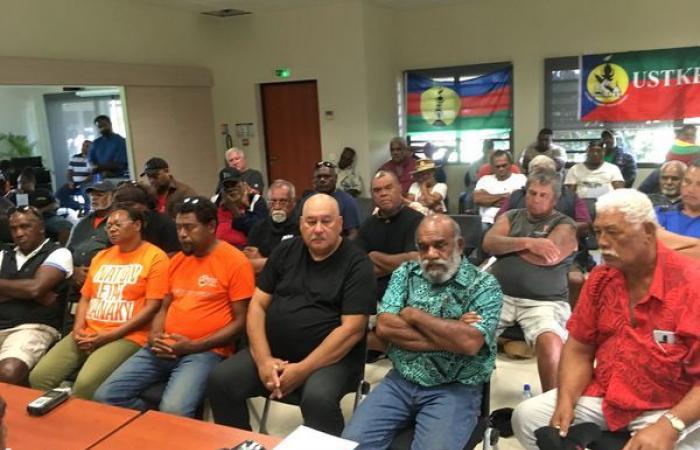 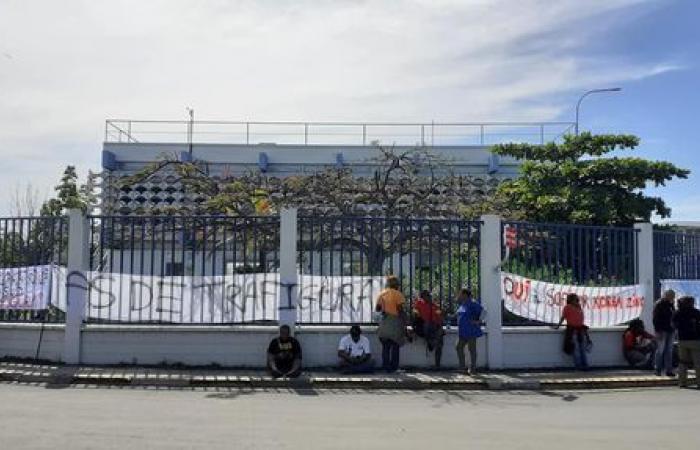 New multifaceted mobilization of the South factory collective = country factory, which campaigns for the consideration of the Sofinor – Korea Zinc offer. Blocking of access, but also actions towards the maritime shuttle which clearly increased the tension. Vale Nouvelle-Calédonie announces a round table.

The collective South Factory = country factory does not intend to fold, in its mobilization on the Vale NC file. Police and gendarmes had to intervene at the Nouméa Ferry dock, this Friday morning, to allow the embarkation of Vale employees. The members of the collective had unbolted the access ramps to the boat, before throwing them into the water, and they prevented the mooring by removing the hawsers.

The ferry finally left for the port of Prony, very late. But in an extremely tense. On arrival, a man even approached in a Zodiac the shell of the ship, to which he gave blows ax in front of the passengers. A video filmed by one of them, and broadcast by another person, shows the scene. A witness says that the man was pushed back by the gendarmerie and water jets. An investigation has been opened.

Let us add that like Thursday, the collective works country and the Ican cut the road access at the metallurgical complex. The seat from Vale NC to Nouméa was blocked yesterday. But this Friday, the police took position in front of the Malawi building.

The context turned out to be such, today, that Vale Canada addressed to employees from Vale Nouvelle-Calédonie. It must be said that the concern is real, among employees and subcontractors. Some fear coming to work on the site and many expect mayhem next week.

“I am writing to you today for denounce in the strongest terms violent acts directed against our employees and our goods these days and assure you that we will not be dictated by those who use theintimidation and the violence», signs Mark Travers, director of Base Metals.

And to put things to the point: “Recently, we announced that we have entered relation exclusive with a consortium bringing together management and employees for the transfer of ownership of the VNC company ”, recalls the same mail. “This solution is”made in New Caledonia“and reserves a majority of interests for Caledonians. It is supported by the State, the Southern Province and benefits from the support of Trafigura as a minority shareholder. It is the Only solution on the table and it represents the only and the best alternative to putting activities to sleep. ”

Towards a round table

At the same time, “In view of the gravity circumstances and stakes economic and social “, Vale Nouvelle-Calédonie announces the organization of a round table Monday afternoon, on site.

The objective of this initiative is to re-establish dialogue, to clarify and calm the debate and if possible to reconcile points of view, in the collective interest.


“Nobody listens to us”

At midday, before these announcements on the Vale side, the Usine Pays collective presented its position on our radio station. “It is because we realize that no one is listening to us”, argued Prosper Digoué, recalling the previous episodes: “Last week, we met with the industrialist. The next day, he tells us that Trafigura’s offer has been taken. Suddenly, we block on Friday, and we ask all of our communities to open the negotiating table with the Usine Pays collective. And we realize that there is no positive feedback.»

Her interview with Claudette Trupit:

What was decided this morning is to maintain all the pickets, and we are turning the strategy towards the State. 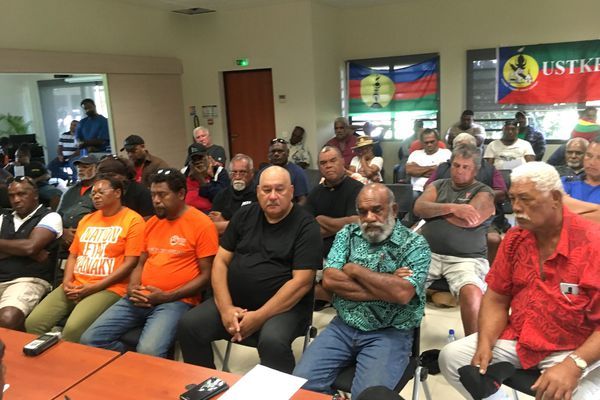 The Ican at a press conference this Friday afternoon.

It will be Sofinor’s project or nothing.

The demonstrators therefore asked the State “To reopen the discussion” concerning the takeover of the South plant. While claiming that “Korea Zinc experts” can come to the site. In the middle of the afternoon, the point was reaffirmed during a press conference in Noumea. The indigenous customary negotiating body and the collective:

Thursday, the same protagonists had rejected the proposal of Sonia Backès, president of the southern province, who asked for the lifting of the blockages before any new meeting. The southern province reacted on Friday. She “Denounces with the greatest firmness the violent acts and degradations carried out today by the opponents of the project to take over the South factory”, formulated a press release issued in the early afternoon. “In a state of law, nothing justifies degradations on the dock, […] the ax blows in the Vale vessel used to transport the employees. ”

At the end of the morning, it was the Inter patronale Medef – CPME – U2P which intervened in the conflict. “The position adopted today by the Ican to proceed with blockades and in particular the most recent concerning the blocking of the port or the fact of preventing access to the maritime shuttle for Vale, appears to us to be totally disproportionate and unconscious ”, denounce the employers’ unions in a press release.

Mobilization of the Ican at the autonomous port.

“These actions will contribute to weaken even more so an economy already in a critical situation and at the limit of the bearable ”, continues the employer Inter, writing that she «denounces with vigor these irresponsible processes sequestration of public space without considering any of the heavy consequences social and economic they generate. “

Once again, companies are being held hostage and that’s enough!

These were the details of the news Tensions around the South plant issue, Vale NC announces a round... for this day. We hope that we have succeeded by giving you the full details and information. To follow all our news, you can subscribe to the alerts system or to one of our different systems to provide you with all that is new.