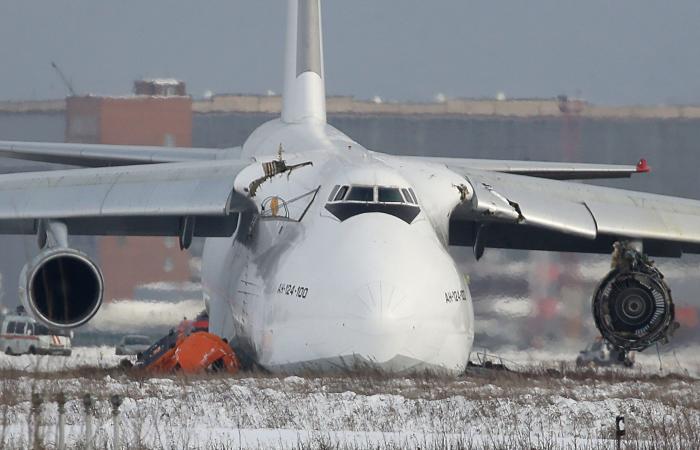 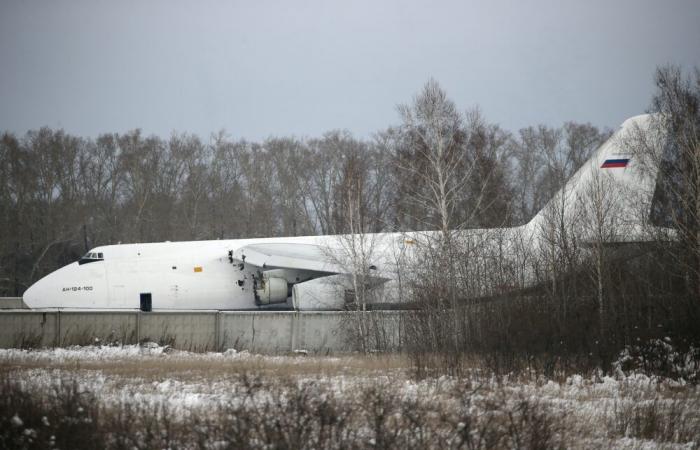 An Antonov An-124 operated by Volga-Dnepr had a double disaster today and ended with a runway excursion. The Antonov suffered an uncontrolled engine failure shortly after taking off from Novosibirsk, Russia, and returned to the airport for an emergency landing. When landing, the aircraft rolled over the runway, which engaged the nose landing gear. All 14 people on board should be safe and healthy.

For Volga-Dnepr, Friday 13th has already lived up to its name as one of its aircraft was badly damaged in an incident in Russia. The An-124, registered RA-82042, was en route from Seoul to Vienna. After an overnight positioning stop in Novosibirsk (OVB), the aircraft was prepared and ready to fly to Vienna to complete the second leg of flight VI4066.

There were 14 people on board. The aircraft took off from runway 25 of Novosibirsk shortly after noon local time and began its ascent. At approximately 1800 feet MSL, all contact with the aircraft was lost, with both the transponder and radio communication failing.

Stay informed: Sign up for our daily aviation news digest.

Video footage of the aircraft shows it returning to the airport with smoke from at least one engine.

The video below shows the aircraft coming in for an emergency landing.

The plane tried to slow down and passed the end of the runway to some extent. As the plane plowed into the snow, the nose shoe snapped, leaving its nose on the ground.

All 14 people safely evacuated the aircraft. However, the Antonov suffered severe damage in the incident.

A happy escape to the ground

In the event of a seemingly uncontrolled engine failure, parts of the aircraft’s hood and engine fragments fell to the ground as the aircraft circled to make its emergency landing. The missing bonnet of engine number 2 was found in a field.

Some fell off the plane about two nautical miles from the airport and crashed through the roof of a warehouse. The building was damaged, but nobody on the ground was injured.

According to the Aviation Herald, the Antonov was badly damaged by the incident. The broken turbine caused damage to its wing, with the lamellas of the left inboard wing and parts of the left side of the fuselage penetrated by debris.

The Western Siberian Traffic Prosecutor has opened an investigation into the accident. A statement on his website reads:

“The Novosibirsk Investigative Department of the West Siberian SUT of the Investigative Committee of Russia is conducting a preliminary investigation under Part 1 of Art. 263 of the Criminal Code of the Russian Federation (violation of road safety regulations and the operation of air transport).

“An investigation team is currently inspecting the scene, including the aircraft and other screening activities, to determine all the circumstances surrounding the incident.”

These were the details of the news Antonov An-124 suffers engine damage that is not included and the... for this day. We hope that we have succeeded by giving you the full details and information. To follow all our news, you can subscribe to the alerts system or to one of our different systems to provide you with all that is new.