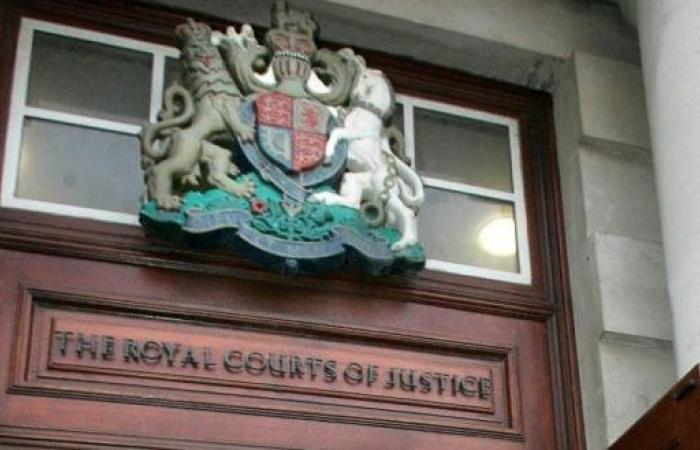 A man accused of stealing Noah Donohoe’s laptop reportedly attempted a trade-in while the search for the tragic Belfast student continued, a court heard Thursday.

Daryl Paul was identified on CCTV footage while trying to sell a computer in a Cash Converters store two days after the 14-year-old disappeared.

Mr Paul (33) claims he found a backpack that contained the device and school books, but did not know who they belonged to.

The Defendant on Cliftonville Avenue in Belfast will be charged on June 21 of this year for theft of a laptop belonging to Noah.

There is no evidence that he had direct contact with the boy who disappeared that day.

The St. Malachy’s College student disappeared from his south-town home while on a bike ride and triggered a massive operation to find him.

His body was found in a storm drain in north Belfast on June 27. A post-mortem examination revealed that he died as a result of drowning.

Paul was not brought before the Belfast Magistrates’ Court due to Covid-19 protocols.

District Judge Peter Magill was told a man and woman were walking into currency converters on June 23, but were turned down when they tried to sell a laptop.

CCTV from the store allegedly showed a man identified as Paul.

The police were then called anonymously because someone had the computer, a backpack and a green North Face jacket, as well as school books with Noah’s name on it.

At the time, the defendant was in custody for unrelated matters, but alleged that he found the laptop and given it to a friend for care.

The computer should then have been at the address of the other person.

During the hearing it was emphasized that Mr. Paul probably never met Noah.

Instead, detectives suspect he found the bag after it was thrown away.

The court also heard that the police had been looking for the defendant since he was released on November 5.

He reportedly covered his face and tried to run away when in the street.

During the interviews, he said that he spotted the backpack and its contents on a wall.

He claimed he had not examined the books in it in detail and said he would have returned them if he had known who they belonged to.

Paul also told officers that he intends to return the bag at some point.

Defense attorney Una Conway said he had fully cooperated with police as a witness on June 25.

“He led the police to restore this laptop,” she said.

Stressed that her client is only charged with theft, Ms. Conway added, “There is no evidence that Mr. Paul’s involvement was anything more than stumbling upon this backpack.”

“There have been descriptions in the media of all of these things that are sought. These are the circumstances that make this particularly uncomfortable. “

“Yes, we accept the evidence that he did not turn this over to the police when he should have,” she added.

“But he made the case that he tried to find out who it belongs to.”

It was also alleged that Mr. Paul was attacked in custody because of media speculation about the case.

However, bail was denied because he was concerned about being insulted again or not showing up for a trial.

The judge emphasized: “There is no suspicion that (Mr. Paul) had direct contact with Noah Donohoe. He says he found this backpack and there is nothing to suggest it.

“Apart from everything else, I think there is more public interest. I am not convinced that this man is in danger.

“At the moment he is in custody according to my instructions, where I fully assume that he will be protected.”

These were the details of the news The man accused of stealing Noah Donohoe’s laptop appears in court for this day. We hope that we have succeeded by giving you the full details and information. To follow all our news, you can subscribe to the alerts system or to one of our different systems to provide you with all that is new.