Dr. Shaheen, the developer of the Corona vaccine, talks to Al-Jazeera... 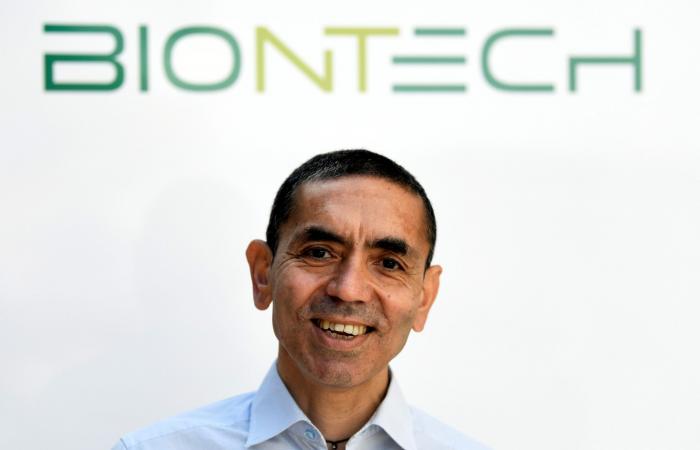 Ugur Shaheen, Chairman of the Board of Directors of the German company Biontech, which is developing an anti-Corona virus vaccine with the participation of the American Pfizer, revealed important details about the upcoming vaccine.

Dr. Shaheen said in an interview with Al-Jazeera news that they are currently working with a number of institutions that will provide the vaccine to poor countries, as it is important that sufficient quantities of the vaccine be produced so that it becomes available in all parts of the world, explaining that this is one of the goals that they are working on. .

And about the effectiveness of the vaccine, he said that they now have some preliminary data that showed the ability of the vaccine to prevent infection with the virus by more than 90 percent in people who received the vaccine, and this indicates that its effectiveness is very high, adding that they are about to obtain more data within the two or three weeks Coming.

He added that the data currently available shows “primary protection”, that is, in the early period after the vaccine is given, but they believe that the vaccine may remain stable in terms of its effectiveness for months or even a year, but evaluating this matter requires lengthy studies.

With regard to the safety characteristics of the vaccine, he said that the results showed that a very small percentage, estimated at twenty percent, of those who received the vaccine suffered some moderate to low side effects, which were high temperature, which is normal for any vaccine.

Regarding the distribution of the vaccine, he said, “In the first stage, it is very important that it reaches the groups that need it most than others, such as those working in medical institutions and everyone who provides health care to patients.”

He added, “It is known that the elderly are the most vulnerable to serious complications if they are infected with the virus, and therefore they are in dire need of a vaccine, especially those who suffer from chronic diseases, and these are the first to receive this vaccine.”

And then, if other doses are available, it will be given to everyone, but we must wait some time for the vaccine to become available in the world.

Dr. Shaheen and his team have been working on developing the vaccine since January, that is, since its spread in the Chinese city of Wuhan, and as soon as they know the characteristics of the virus that make it vulnerable to becoming a global pandemic.

The company decided to start a vaccine program immediately at the end of January.

Regarding the price of the vaccine, which was announced by Pfizer officials, which is $ 20, Shaheen said that this price is specific to the industrial field in the United States, and it also depends on the number of doses that are secured.

He explained that when the vaccine is provided to countries that suffer from economic difficulties, the need to reduce the price will be taken into account in order to make it widely available in those countries.

Who is Dr. Ugur Shaheen?

Of humble origins as the son of a Turkish immigrant who works at the Ford plant in Cologne, Biontech CEO Ugur Shaheen, 55, has become among the 100 richest Germans, along with his wife and fellow board member Ouzlem Turichy, 53, according to Reuters. The weekly “Welt am Sonntag”.

The Reuters report said that the market value of the Nasdaq-listed company Biontech, which the couple co-founded, has risen to $ 21 billion as of Friday’s close from $ 4.6 billion a year ago, as the company prepares to play a major role in comprehensive immunization against the Coronavirus.

“Despite his accomplishments, he has never changed from being modest and incredibly elegant,” said Matthias Kromaire, a board member of the venture capital company MIG AG, whose funds have supported Biontech since its inception in 2008. “.

He added that Shaheen usually walks into business meetings, wearing jeans, and carrying his signature bike helmet and backpack.

Shaheen persistently pursued his childhood dream of studying medicine to become a doctor, and worked in teaching hospitals in Cologne and the southwestern city of Homburg, where he met Torrice during his early academic career, and medical research and oncology became a common passion for them.

Toriichi, the daughter of a Turkish doctor who immigrated to Germany, said in a media interview that even on their wedding day, they both set aside time to work in the laboratory.

In 2001 they found Ganymed Pharmaceuticals to develop antibodies to fight cancer; But Shaheen – who at the time was a professor at Mainz University – never gave up academic research and education.

This project was sold to the Japanese company, Astellas, in 2016 for $ 1.4 billion. By that time, the team behind Ganymede was already busy building Biontech, which was founded in 2008, to pursue a much broader set of cancer immunotherapy tools.

And the Biontech story took a turn when in January Shaheen came across a scientific paper on the outbreak of the new Corona virus in Wuhan, China. Then, Biontech quickly recruited about 500 employees to work on several potential compounds, winning the pharmaceutical giant Pfizer and the Chinese pharmaceutical company Fosun as partners in March.

Matthias Theobald, a professor of oncology at the University of Mainz, who has worked with Shaheen for 20 years, said that his tendency to downplay it contradicts an uncompromising ambition to transform medicine, reflected in the leap of faith to the Covid-19 vaccine.

“He is a very humble person. Appearances mean little to him. But he wants to create the structures that allow him to realize his visions, and this is where aspirations are far from humble,” he added.

Pfizer announces that its coronavirus vaccine is “90% effective”

These were the details of the news Dr. Shaheen, the developer of the Corona vaccine, talks to Al-Jazeera... for this day. We hope that we have succeeded by giving you the full details and information. To follow all our news, you can subscribe to the alerts system or to one of our different systems to provide you with all that is new.