The 6-year-old boy triggers a chain reaction of friendliness at McDonald’s... 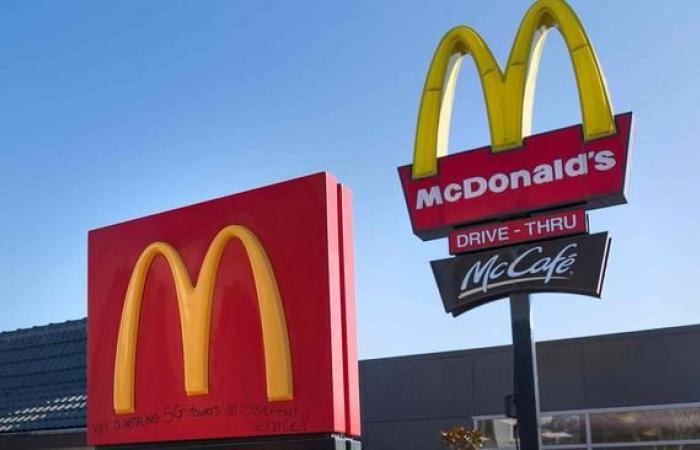 A boy with a “heart of gold” started a kind chain reaction after deciding to buy a meal for the car behind him while driving through McDonald’s.

Six-year-old Blake Durham wanted to do something good and spread his luck at McDonald’s in Stockton-on-Tees in England on Friday morning. So he decided to pay for the car behind him.

Amy Durham, Blake’s mother, said, “Blake said he wanted to do something, so we got a McDonald’s breakfast and paid for the car behind it.”

Mother Amy added, “We had to wait in a cove for our food and when we did that the lady came out and told me that everyone is now paying for the car behind it and they are so happy and smiling.

“Just think that the chain reaction was caused by my little six year old’s beautiful heart.

“It hardly costs anything to be friendly. We are so happy that we spread something positive. ”

RELATED: Macca’s Hack That “Will Change Your Life”

Blake was diagnosed with epilepsy when he was only two years old.

But his grandma, Jan Durham, is proud of how he coped with the disease and how he continues to take care of other people.

She said she was moved to tears when she heard of the six-year-old’s casual act of kindness last week.

Jan said, “He’s such a brave little boy with a solid heart of gold.

“He suffers, but he’s just so nice and gentle.”

She also described him as an “amazing, beautiful, kind boy who fights his epilepsy like a warrior”.

Blake has been admitted to Newcastle RVI three times in critical condition since his diagnosis and was unwell during the lockdown.

Even so, he puts his own challenges aside to look for others.

Earlier this year, a McDonald’s employee was in the spotlight after she announced she’d paid for customers’ meals every week in random, kind acts.

19-year-old student Enya Vegnere told how she had been paying for customer orders at McDonald’s Coventry branch in England for weeks.

Enya said, “I couldn’t tell you how many times I did it.

“I don’t do this for rude customers – only the people who are polite to me.

“My motto is ‘takers eat better, but givers sleep better’. I don’t do it for recognition – I just think it’s nice to do nice things for people.

“You never know what someone is going through and what a friendly gesture might do.”

These were the details of the news The 6-year-old boy triggers a chain reaction of friendliness at McDonald’s... for this day. We hope that we have succeeded by giving you the full details and information. To follow all our news, you can subscribe to the alerts system or to one of our different systems to provide you with all that is new.