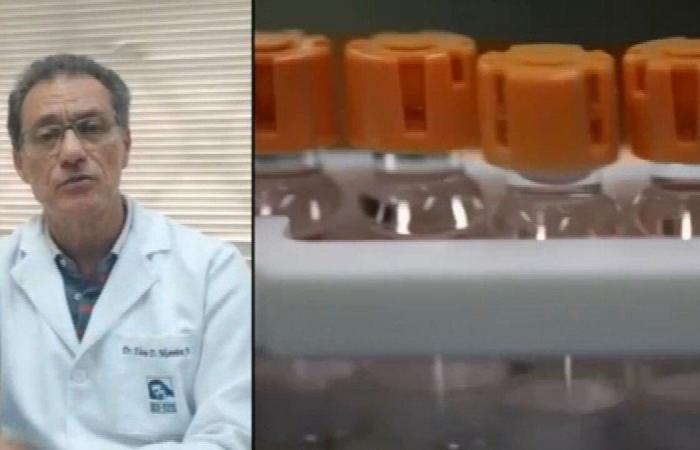 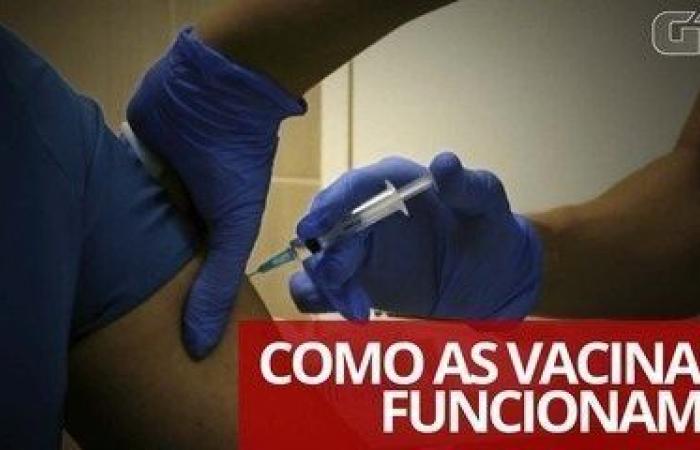 On Monday (09/11), companies said the news represents a “great day for science and humanity”.

The vaccine was tested on 43.5 thousand people from six countries and, in September, Anvisa (National Health Surveillance Agency) authorized its clinical tests to be expanded in Brazil, from one thousand to two thousand tests on volunteers.

According to the manufacturers, no safety problem in the vaccine has been raised so far.

The announcement caused a rise in the stock market, in view of a possible improvement in the pandemic. Pfizer’s shares rose 14% after the news.

But how does this vaccine work?

Most of the vaccines we use involve injecting a virus or bacteria into our body so that the immune system can identify the threat and create ways to defend us.

In the case of viruses, they may be weakened (their ability to make us sick has been reduced to safe levels) or inactivated (they are unable to reproduce) – part of this second type is CoronaVac – in September, the São Paulo government announced that tests with 50,000 people have shown that the vaccine is safe.

There are also so-called subunit vaccines, in which only fragments characteristic of a virus, such as a protein, for example, are produced in the laboratory and purified for use in the vaccine.

The proposal for gene vaccines, like the one announced by Pfizer, is different. Instead of injecting us with a virus or part of it, the idea is to make our own body produce the virus protein.

How do vaccines work?

For this, scientists identify the part of the viral genetic code that carries the instructions for making this protein and inject it into us.

Once absorbed by our cells, it functions as an instruction manual for the production of virus protein.

The cell makes this protein and displays it on its surface or releases it into the bloodstream, which alerts the immune system.

The advantages of gene vaccines

The immunologist Cristina Bonorino explains that, in the case of attenuated or inactivated vaccines, it is necessary to cultivate a large amount of viruses to use them as raw material.

Gene vaccines do not need this. Just create in the laboratory only the desired genetic sequence.

This requires a much leaner production structure. “The cost is also probably lower,” says Bonorino, who is a professor at the Federal University of Health Sciences in Porto Alegre and a member of the scientific committee of the Brazilian Society of Immunology.

Márjori Dulcine, medical director of Pfizer Brasil, explains that, in addition to this type of vaccine being produced more quickly on a large scale, it is also flexible.

“We know that Sars-Cov-2 has a great capacity to mutate. So, if that happens, we can quickly adapt,” says Dulcine.

Gene vaccines also eliminate the risk of a person becoming ill when vaccinated, which can occur when attenuated viruses are used.

Viruses in this state have been manipulated to be less dangerous, but they can still reproduce slowly.

This gives enough time for a healthy person’s immune system to react and, in the process, learn to combat that threat.

But, in rarer cases, if the patient is immunocompromised, he may lose this race against the virus, and the person becomes ill.

“With this type of vaccine, it doesn’t have that, because it doesn’t use a living microorganism. It’s completely synthetic,” says Norbert Pardi, of the University of Pennsylvania.

The time required to develop a vaccine also drops dramatically.

It usually takes months to get one ready for the first tests. With gene vaccines, it takes weeks.

“Moderna took 42 days from the moment it received the genetic sequence of the virus to begin studies of the vaccine against Covid-19. This is almost impossible with other technologies,” says Pardi.

The scientist also says that the tests have shown so far that the gene vaccines against Covid-19 have generated an immune system reaction at least as good as that of the other candidates.

“So, they are not only safer and relatively cheap to produce, but very effective. This is very important.”

But if these vaccines have so many advantages, why is there still no one approved for use in humans? One reason is that the technology is recent.

The first vaccine was created by British physician Edward Jenner just over 220 years ago, at the turn of the 18th and 19th centuries, to prevent smallpox.

Gene vaccines have been in development for just over three decades – and only more recently have they started to give more encouraging results.

At first, it was believed that it would be better to make this type of vaccine using DNA, the molecule that holds all the genetic information of an organism – and that are used by our cells to manufacture the proteins that make up our body.

But for this to happen, DNA must first be transformed into RNA molecules, which carry these instructions to the part of the cell where proteins are made.

Scientists believed that by injecting the virus’s DNA into us, it could be absorbed by our cells and, once inside them, transformed into RNA so that the protein in that microorganism could then be made, which would initiate the immune reaction. .

But tests done so far have shown that DNA vaccines do not produce a strong enough immune response in humans. “We don’t know exactly why,” says Pardi.

Another alternative is to use RNA directly. The problem is that this molecule is capable of generating a very strong inflammation in us and that it can kill us.

It is also much more unstable than DNA and easily breaks down in our bodies.

“We have in us, everywhere, enzymes that attack RNA. If you inject it without being protected, it is quickly destroyed”, says Jorge Kalil, director of the Immunology Laboratory of Instituto do Coração (Incor).

But over the past 15 years, scientists have found a way to wrap this molecule to prevent it from decomposing and reaching the cell. They also managed to reduce the inflammatory potential of RNA.

“The expectation is that, in time, when we master this technology, many vaccines in the future will be of this type”, says Kalil.

The pandemic has created some conditions that are likely to accelerate this process.

Covid-19 is a new, very contagious and deadly disease, for which a vaccine does not yet exist. Creating one is urgent.

Doing so usually costs tens or hundreds of millions of dollars, but now there is a lot of money being invested by governments and organizations.

And when a vaccine is ready, countries around the world will be interested in buying it.

“The biggest difficulty in making a vaccine is money, because the technique is relatively simple”, says immunologist Cristina Bonorino.

“There are already patented RNA vaccines, but they have not been placed on the market. The question is: does it have a market? Now, there is a market and an unmet need.”

There are 40 gene vaccines among the 187 that are being developed against Covid-19, according to the World Health Organization. Ten are already being tested in humans, and two are in the last stage of this part of the research.

In both cases, companies were already developing RNA vaccines to fight other viruses.

In the case of Moderna, it was Nipah, which is transmitted by bats and can cause respiratory problems and inflammation in the brain that are potentially deadly.

Pfizer and BioNTech were creating an RNA vaccine against influenza, which causes flu.

The goal is to make our cells produce the coronavirus protein known as spike, which has a great capacity to generate an immune system response.

“I think these vaccines have potential. The published results show that they induce the production of a large amount of antibodies that neutralize the virus. The final test will be to see if this protection is lasting”, says immunologist Jorge Kalil.

The Pfizer study will last two years, but the company has already shown positive results on Monday.

“The moment requires us to act quickly, safely and with quality. Our role is to present robust data to the authorities”, says Márjori Dulcine.

“They are the ones who are going to tell us if they are enough.”

These were the details of the news Pfizer Vaccine: How New Technology Works That Could Revolutionize Immunization |... for this day. We hope that we have succeeded by giving you the full details and information. To follow all our news, you can subscribe to the alerts system or to one of our different systems to provide you with all that is new.