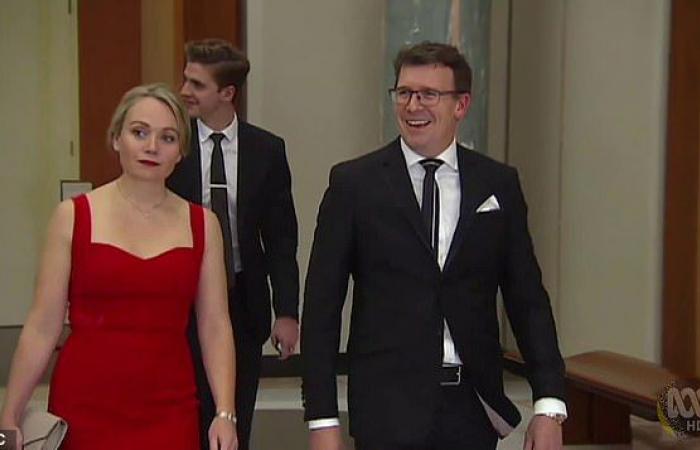 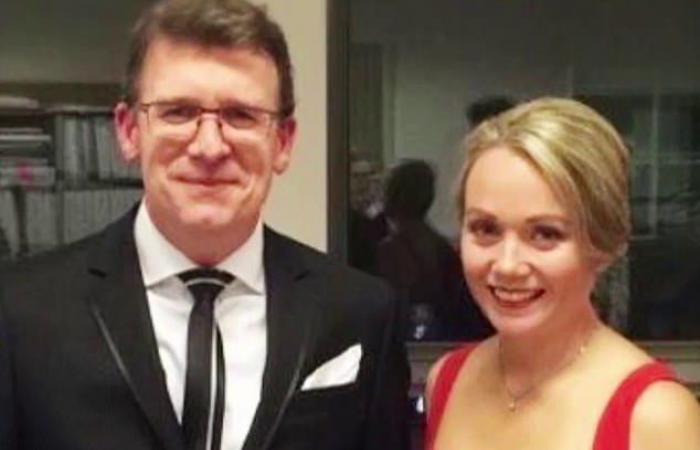 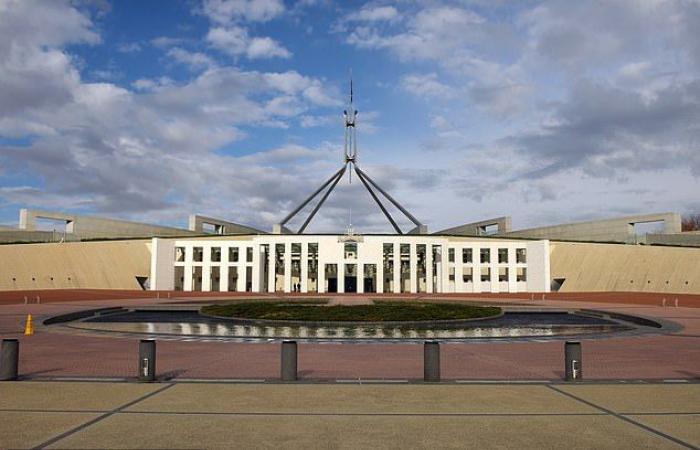 A Liberal Party official found out about her awkward performance at Canberra’s largest social event and admitted that she did not want to go in with Alan Tudge, with whom she was having an affair at the time.

Three years after she was pictured in a stunning red dress with the grinning Human Services Minster at the 2017 Midwinter Ball, this week Rachelle Miller revealed the dark reality of the 2017 gala night.

“I purposely fell behind because I didn’t want to go in with him,” she told ABC’s Four Corners program.

‘He stopped and turned and said, “No, I want you to come in with me.”

“I felt at the time that … I was being used as jewelry,” said media advisor Rachelle Miller (pictured left) when describing her arrival at the 2017 Midwinter Ball with then Minister for Human Services, Alan Tudge (pictured right).

The secret affair between Mr Tudge and his former media advisor, Ms. Miller, came about before Prime Minister Malcolm Turnbull introduced a “bonk ban” in February 2018 to prevent politicians from having sexual relations with staff in their office.

Ms. Miller said she had come to bitterly regret her affair with Mr. Tudge.

She claimed that while she did not want to be seen on camera with the minister, he insisted on going into the high profile event with her by his side.

Ms. Miller, who has since left politics, alleged that Mr. Tudge pressured her not to disclose the matter to the media after rumors of the Tryst circulated in the press gallery.

“I lost a lot of self-confidence because I didn’t feel like I had the strength to stand up for myself,” she said.

“I knew I was leaving a job that I really loved, but I didn’t see that there was any other way out.

“You know, I actually saw myself as a damaged item back then and was really concerned that this would come out and affect our chances in the elections.”

Mr Tudge said he deeply regretted his actions in 2017 after the program aired on Monday night.

“Tonight, things that happened in my personal life in 2017 were airing on ABC’s Four Corners program,” he said.

“I very much regret my actions and the pain they have caused my family. I also regret the pain Ms. Miller experienced. ‚ 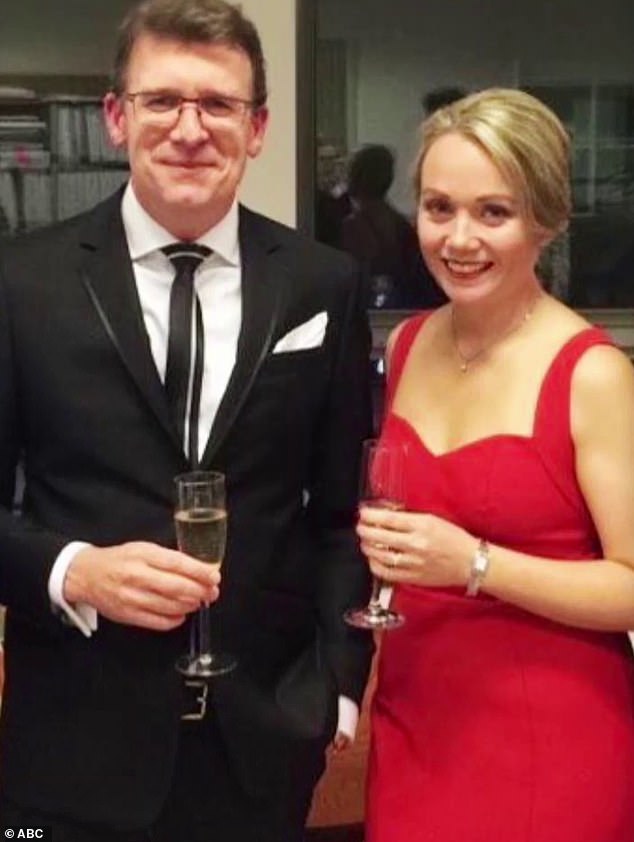 Minister for Urban Infrastructure, Alan Tudge, had an affair with former coalition media advisor, Rachelle Miller (pictured together) in 2017.

The Morrison administration has been shaken after allegations of bad behavior and extramarital affairs involving women workers were brought against two senior Liberal MPs.

But the ABC journalist behind the explosive Four Corners program, Louise Milligan, said the Labor Party men are just as bad, and from her experience of reporting on the NSW State Parliament, some are even worse.

The investigative journalist said she spoke to dozens of politicians and staff from across the political spectrum to shed light on Canberra’s secret culture. 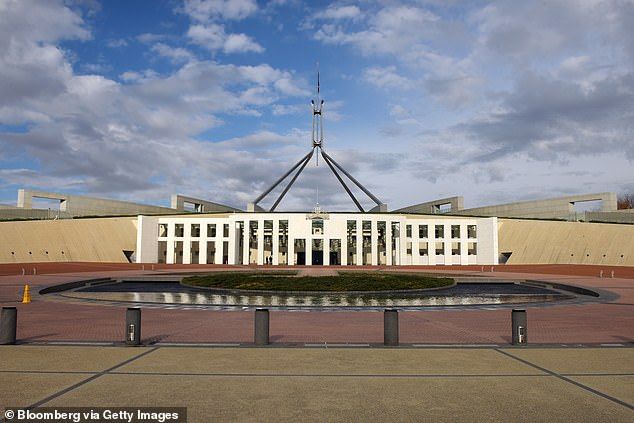 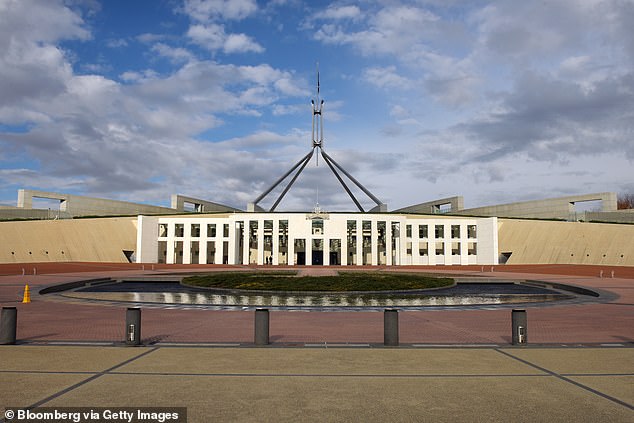 A documentary examining the behavior of politicians in Canberra sparked outrage when it was requested that the program be suspended before it aired (Image: Canberra House of Parliament).

Although there were also confidential allegations about backers of the opposition party, the program could not find anything “substantial”, only rumors.

“That doesn’t mean that this doesn’t happen on all sides of politics, but … these are ministers of the Crown. They have to be kept to a higher standard than Backbenchers on the other hand, ”Milligan said.

“If the Labor Party were in government, it would be exactly the same for them. And I have to say, as a former political reporter who worked in the New South Wales Gallery, I saw no particular difference between the way the Labor men worked and the Liberal men.

“In fact, I would say at the time that the Labor men were worse.”

She added that the program focused on two Liberal MPs because “the same two names kept coming up”.

These were the details of the news The dark truth behind this photo of a grinning politician arriving... for this day. We hope that we have succeeded by giving you the full details and information. To follow all our news, you can subscribe to the alerts system or to one of our different systems to provide you with all that is new.