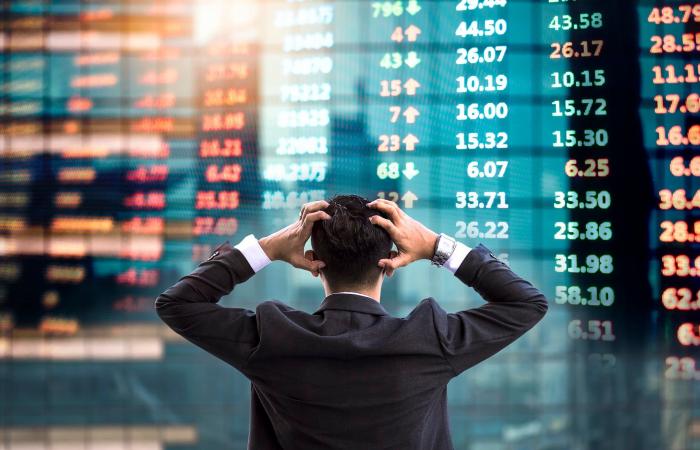 Ant’s Shanghai and Hong Kong listing was suspended after Jack Ma, co-founder of Alibaba and one of Ant’s top 8.8% investors, delivered a controversial speech at a government forum on October 24th.

Ma criticized China’s financial regulators, claiming that many of the country’s banks operated like “pawn shops” with their collateral standards, and stated that China needed a new financial platform that would lend to lower-income customers who lacked collateral.

Chinese regulators had already assessed the ability of Alipay and Alipay Tencent’s (OTC: TCEHY) Tenpay, which has almost a duopoly in the Chinese digital payments market, of disrupting the country’s largely state-backed banking sector. Ma’s speech seemed to upset regulators, who then pulled the plug on Ant’s IPO.

Ant was set to be the world’s largest public offering, valued at over $ 300 billion. It would also be a defining moment for China’s stock exchanges, as Ant listed the stock exclusively in China instead of the United States

But now the collapse will cost underwriters millions of dollars in fees, and it could be months before a new IPO is filed. This is certainly bad news for Ant Group, Jack Ma, and investors seeking a part of the action, but was Alibaba’s stock wrongly punished for Ant’s suspended IPO?

Why were investors so excited about Ant?

At the end of June, Alipay was serving 711 million monthly active users (MAUs), and its app had processed payments totaling 118 trillion yuan ($ 17.4 trillion) over the past 12 months. According to a recent survey conducted by Ipsos, Tenpay, which includes WeChat Pay and QQ Wallet, served 940 million MAUs over the past year.

Square went public five years ago, and its stock is up more than 22 times from its IPO price. PayPal was spun off Ebay (NASDAQ: EBAY) as a stand-alone company in 2015, and its stock is up around 460% over the past five years. Many investors likely expect Ant to generate returns that are similar, if not better, to those of the two leading fintech companies.

How much will Ant’s debacle hurt Alibaba?

Alibaba had previously reached an agreement with Ant that granted him 37.5% of the fintech subsidiary’s pre-tax profit. Last September these rights were exchanged for a 33% stake in the company.

Alibaba’s stake in Ant generated an investment gain of 5.32 billion yuan ($ 752 million), or 4% of net income, in fiscal 2020. In the first half of 2020, Alibaba also made profits from the previous profit-sharing agreement.

For the first six months of fiscal 2021, Alibaba’s stake in Ant generated investment income of 7.72 billion yuan ($ 1.12 billion), or 10% of its net income. The value of that stake would have increased significantly after Ant’s IPO, but it will not decrease as the IPO has been suspended.

Even so, Ant’s IPO could have boosted Alibaba’s profits at a crucial time. Alibaba generates most of its sales and profits from its core business in retail. The segment’s margins have shrunk, however, as the company relies more on lower-margin businesses (such as brick-and-mortar stores, cross-border marketplaces, and direct sales platforms, and its Cainiao logistics network) to grow overall sales.

A successful listing for Ant could have resulted in future spin-offs and IPOs for Cainiao, Alibaba’s streaming media platforms, growing mobile games business, and other non-core businesses. These spin-offs could boost Alibaba’s profits and cash flows, but Ant’s failure could curb the market’s appetite for future deals.

Jack Ma no longer leads Alibaba as CEO or Executive Chairman, but still has a large stake in the company he co-founded over two decades ago. As such, any investigation by Ma could continue to impact Alibaba, which is already facing potential antitrust investigations into its leading position in the Chinese e-commerce market.

Alibaba is still growing at a healthy pace, and analysts expect sales and earnings to grow 44% and 31% respectively this year. The Tmall and Taobao marketplaces will continue to target Chinese customers, and Alibaba Cloud will remain Asia’s leading cloud infrastructure platform. Alibaba’s stock is also reasonably valued at 30 times future earnings.

As such, Ant’s IPO suspension is certainly disappointing, but it shouldn’t have any impact on Alibaba’s near-term growth. However, investors should continue to consider whether Chinese regulators are gradually tightening the screws on Alibaba and carefully review their long-term expansion plans.

These were the details of the news How badly will the Ant Group’s IPO debacle hurt Alibaba stock? for this day. We hope that we have succeeded by giving you the full details and information. To follow all our news, you can subscribe to the alerts system or to one of our different systems to provide you with all that is new.