With Joe Biden president, the United States back in the climate... 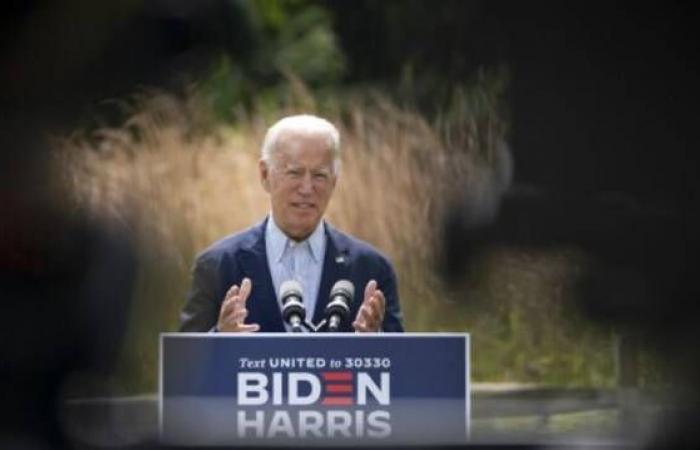 “Today, the Trump administration officially left the Paris climate agreement. And in exactly 77 days a Biden government will join him ”. This tweet from the Democratic candidate was posted last Wednesday. Five days later, Joe Biden is on his way to the White House, even if Donald Trump continues to rear up and denounces with all his might “thefts” of the poll.

Joe Biden will therefore be the 46th President of the United States. Good news on the fight against climate change? On this subject in any case, Joe Biden displays positions at the antipodes of his predecessor. When Donald Trump has repeatedly displayed his skepticism about the reality of climate change, the Democrat sees it as a “fundamental danger to humanity” and refers to the “moral imperative to tackle it” as soon as possible. But how does he plan to do it? And with what means?

Will it be easy to go back to the Paris climate agreement?

Four years passed between the time Donald Trump formalized the withdrawal from the country and the time it was effective … last Wednesday. The reverse process will be much shorter, assures David Levaï, associate researcher at the Institute for Sustainable Development and International Relations (Iddri) and at the United Nations Foundation in Washington, specialist in international climate governance issues. “It will only take a letter from the president to request reinstatement,” he explains. He will only be able to do so once he takes up his new duties on January 20. This is why he evokes these 77 days in a tweet ”.

This return will be all the easier as the international community wishes. “Trump’s withdrawal from the agreement did not have the ripple effect for a while,” continues David Levaï. All countries therefore remain involved in the idea of ​​decarbonising the global economy by 2050. To achieve this, we need the United States, the world’s largest economy and the second largest emitter of greenhouse gases. ”

What does Joe Biden plan to put the United States back on the road to ecological transition?

With Joe Biden president, the United States will take over the goal of achieving carbon neutrality by 2050, a course that some sixty countries around the world have already set. Francis Perrin, research director at the Institute of International and Strategic Relations (Iris), specialist in energy policy in the United States, focuses especially on the second major climate objective that the Democrat has set for himself: achieving a 100% carbon-free electricity production in 2035. “The objective is very ambitious,” he notes. Fifteen years is a very short period in the energy sector and there is still a long way to go, even if the United States is among the leading countries in renewable energies ”. The American electricity mix still relies heavily on fossil fuels. Coal at 30.1% and natural gas at 31.7%.

To put the United States on the right track, Joe Biden plans to put money on the table: 2,000 billion dollars over four years for “a green recovery”, he announced, of which a quarter devoted to carbon-free energies. “Which, for Biden, includes wind power, solar power, but also nuclear power, which he wants to revive in the United States”, specifies Francis Perrin.

Biden also wants to build a million energy-efficient buildings during his tenure, develop electric vehicles, via tax credits for the middle classes or the massive deployment of electric charging stations, to reach 500,000 by 2030.

In parallel, Joe Biden will also seek to restore the laws and texts regulating the protection of the environment that his predecessor unraveled during his mandate. Donald Trump had in particular marked the spirits by repealing the Clean Power Plan, signed in August 2015 by Barack Obama and which was to sharply reduce the share of coal in the United States. The “Affordable Clean Energy rule”, which replaced it, was much more permissive. This is just one example. ” The New York Times counted a hundred in an article to which Joe Biden had replied by saying he wanted to come back to it, ”says Francis Perrin.

Joe Biden will he follow through on his environmental promises?

The new American president would not be the first to take liberties with his electoral program. One thing is certain: Joe Biden is late for ecology. “He did not stand out for his pro-environmentalist positions – nor the other way around – when he was a senator from Delaware [de 1973 à 2009] », Recalls Jean-Daniel Collomb, lecturer in American civilization at the University Jean-Moulin (Lyon 3). “He did not talk much about ecology either at the start of the presidential campaign”, also notes Sophie Meritet, lecturer in economics at Paris-Dauphine University, specialist in energy policies. Nothing to do with the last few weeks. How then to explain this shift? “There is undoubtedly in Biden, a centrist among the Democrats, the will to seduce the left wing of his party, which puts more and more forward the climate questions”, continues Jean-Daniel Collomb. Sophie Meritet adds several polls “showing that it is this theme that makes a growing number of Americans vote, especially young people”.

The two academics do not go so far as to talk about greenwashing. No more than David Levaï, quite the contrary. “He was all the same vice-president of Barack Obama and as such played an important role in the entry of the United States into the Paris agreement,” he begins. In addition, he has built around him a very broad coalition in which we find progressive forces to whom he will be indebted in the White House. “

What management for shale oil and gas?

This complex issue will be an opportunity to gauge its real climate ambitions. Already booming under the Obama era, shale oil and gas offer a huge economic advantage to the country. But these hydrocarbons are obtained by hydraulic fracturing, a technique criticized for its environmental impacts. During the campaign, Joe Biden has indicated that he will oppose further exploitation granted on federal lands. “A relatively timid proposal, since these are mainly carried on private land,” explains Jean-Daniel Collomb. Doubtless Joe Biden did not want to condemn his chances of winning states, such as Pennsylvania or Ohio, which have benefited a lot from hydraulic fracturing economically ”. After the election, Sophie Meritet is betting on a policy that should be closer to that of Barack Obama at the end of her term. “That is to say a return to environmental regulations for this industry,” she explains. Or even prepare for a smooth transition? “He especially insisted on the need to protect workers in these sectors and allow them to reorient themselves towards the green economy,” adds David Levaï. Quite the opposite of Trump (see box). “

A Senate that remains Republican … the big thorn in the side?

It is still conditional, but it is the most likely hypothesis: the Senate, one of the two houses of the American Parliament, should remain in the hands of the Republicans, which promises Joe Biden a complicated mandate as soon as he begins. . “It’s terrible for him, because to pass a law, both chambers must necessarily accept the same text,” explains Jean-Daniel Collomb. It is almost impossible today when they are not in the hands of the same party ”. The antagonisms between Republicans and Democrats seem too important to hope for compromises.

And when a president can no longer pass laws, the alternative is to go through the administrative process. Either regulations and other presidential decrees. This is what Barack Obama did on climate issues during his second term and when he did not have control of both chambers either. “The downside with this strategy is that these regulations are constantly being challenged in court,” says Jean-Daniel Collomb. “And they are also much easier than a law to unravel by a possible successor”, continues David Levaï. Donald Trump has provided proof of this.

Will the United States start afresh on the climate front after four years under Trump?

Not really. The president does not do everything in a federal country like the United States is. “Trump’s mandate was marked by an unparalleled mobilization of a very large number of actors, in particular American states and territories united in the US Climate Alliance,” David Levaï recalls. This bi-partisan coalition today brings together 25 states, which accounts for 55% of US GDP and represents more than half of the population. She hasn’t been idle for four years. Without waiting for Washington, these states made the climate a central issue and began to regulate transport, industries, the construction of buildings… ”

Even if climate skeptic, one cannot say either that Donald Trump sought at all costs to harm the development of renewable energies. “As an extremely liberal Republican, he especially let the market operate by intervening as little as possible,” explains Sophie Meritet. This was probably not the desired effect, but under his tenure, renewables continued to increase their competitive advantage over fossils. “

These were the details of the news With Joe Biden president, the United States back in the climate... for this day. We hope that we have succeeded by giving you the full details and information. To follow all our news, you can subscribe to the alerts system or to one of our different systems to provide you with all that is new.