How did Donald Trump collapse and lose the presidential election? 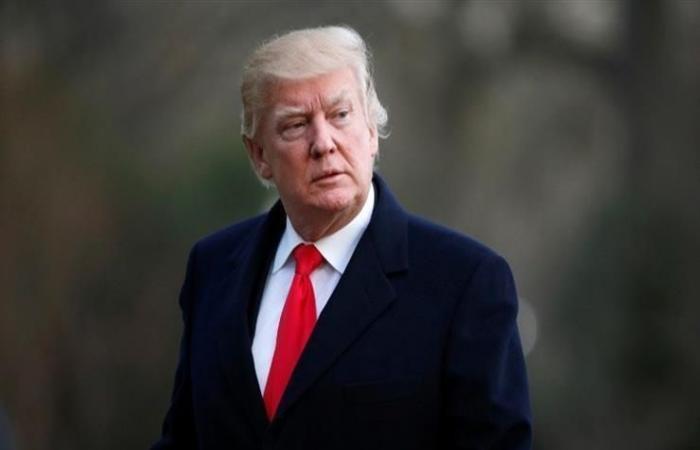 All the things that made the American businessman and billionaire Donald Trump president in the past, have now collapsed over his head, so his lies, his boasting of greatness, his disastrous administration and the work on ethnic luring and the pursuit of hegemony are no longer suitable for ruling the United States, and the leader of the American political circus has become expelled outside the tent, according to For what was mentioned by “Time” magazine.

Trump was one of the few presidents in US history who – according to Time – ignited the nation and exposed the cracks in its democracy.

Trump’s self-pride not only preceded his downfall, but precipitated it, according to Time, which asserted that until recent months, his campaign was run by a novice who spent millions without revenue.
Trump did not listen to the masses of opponents regarding the Corona pandemic and believed that he could get rid of the virus just by wishing, and he was only praised by his fans, as he was – according to Time – only the head of his base.
The US president, who will hand over office on January 20 to Joe Biden, has hardly crafted a political vision for a second term.
Trump’s presidency has been marked by various scandals and controversies as much as they have been disturbing. According to Time, he refused to confront the country’s racial roots.
Time said that the prospects for re-election of Donald Trump have diminished due to the epidemic, which revealed his weaknesses, especially after the ostentatious president who was not afraid of the virus fell ill.
Republican strategist Brad Todd said that if Trump never caught Corona, he was more likely to win the election.

On October 27, Donald Trump mocked the Corona virus, and said that fake news only broadcasts Corona news. But over the course of a full factor, more than 235,000 Americans have died and more than 9 million have been injured, just as Trump sees Corona as a conspiracy.
The foundation of the Republican Voters Party Against Trump “RVAT”, Sarah Longwell, believes that Trump has failed in the thing the voters cared about most, which is “confronting the Corona virus.”

A newbie runs the president’s campaign

Trump made a major mistake was appointing Brad Parscal as his campaign manager three years ago.
Parscal – according to Time – was a novice politician who had never run a campaign, which made him spend lavishly, and burned hundreds of millions of dollars in vain. Instead of spending money on a powerful advertisement promoting his election campaign, as Michael Bloomberg did, who did not finish the race, Parscal allocated 10 Millions of dollars just for this, which is very little.

“Brad had never conducted a campaign before … and suddenly put him in charge of a billion-dollar operation that I think is an unfair and bad decision,” said a veteran Republican strategic analyst, Mike Dohime.
In contrast, Parscal says that the campaign budget and spending have been approved by many of the other top campaign leaders.
Trump lost the national popular vote by nearly 3 million in 2016, but he never tried to expand his support outside his “hard-line” base, according to Time magazine, which asserted that instead, Trump tried to find new voters, most of them white, unfinished men. University education, who are drawn to its divisive and often racist style.
He lost the popular vote by a much wider margin in the current election, after a series of unintended mistakes that undermined his support.
Amid a national uprising over racism, Trump – according to Time – has denied the core issues and has never attempted to unite the country or speak of its common pains.
Opinion polls showed that the majority of voters do not agree with Trump’s handling of the protests, especially after the killing of George Floyd at the hands of an American policeman, and that reduced his support among white voters who gave him the biggest boost to victory in the last election.

The stronger argument fails
By midsummer, when Americans lived restricted and frightening lives for months due to the Coronavirus, many voters who supported Trump in 2016 had become nervous about his leadership, according to Time.
She emphasized that Trump’s comments on the outbreak of the virus made the matter worse and made his voters lose confidence in him.
And at the beginning of the year, the president’s advisers saw that the economy was his strongest argument for re-election, but with the spread of Corona very quickly, and the harmful effects it had on the economy, this resulted in high unemployment rates and 12.6 million Americans were still unemployed during September.
New York University historian Timothy Naftali said that “the Corona virus ended the rush of economic advantages for Trump,” stressing that “this was his doom.”

False fraud
Recently, Trump focused on the attack on what he described as “disinformation,” and protested frequently against “fake fraud”, especially in the number of votes, and published dangerously unfounded allegations about widespread voter fraud, and claimed without foundation that The Democrats tried to “steal” the elections.
Time said what voters heard was a candidate who focused on his own problems, not theirs.
As Election Day approaches, Trump has turned to the vast federal apparatus he controls to save him.
Trump has enlisted federal agencies as foot soldiers in his campaign, and has pressed the Food and Drug Administration and the Centers for Disease Control and Prevention to change the recommendations of Corona in its efforts to reduce the epidemic.
He relied on the Ministry of Justice to help his allies and investigate his political opponents. Trump used federal agents to clear Lafayette Square in Washington, DC, of ​​federal protesters, confront protests in Portland and spread to cities “run by Democrats” to paint a picture of the chaos.
“Trump regularly wanted to use our law enforcement powers in a way that he believed would be politically beneficial and particularly detrimental to states and blue cities,” said former Department of Homeland Security Chief of Staff Miles Taylor.

These were the details of the news How did Donald Trump collapse and lose the presidential election? for this day. We hope that we have succeeded by giving you the full details and information. To follow all our news, you can subscribe to the alerts system or to one of our different systems to provide you with all that is new.