How will life be like Donald Trump after leaving the White... 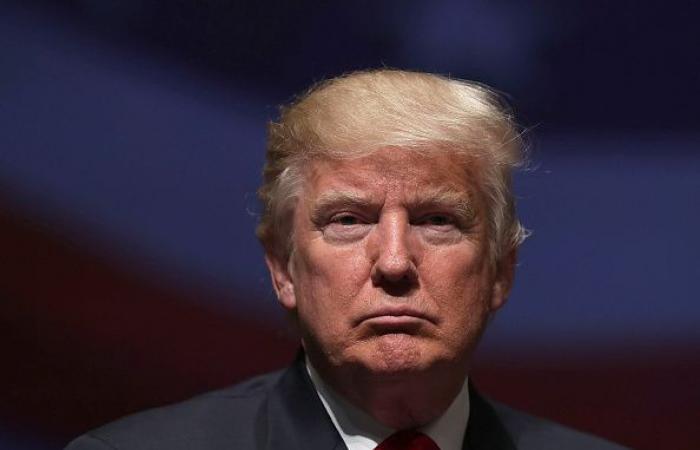 During his campaign, Donald Trump never thought of defeat, but after being deprived of a second term, he will now have to think about this question: What will his life be like after leaving the White House?

When he was conjuring up his life before entering politics, Trump would always repeat the phrase “I was living a wonderful life.”

His alleged passion for golf could drive him back to the green with a little more diligence. On Saturday, when the US television networks were announcing his defeat, Trump was present at his club in Virginia.

In light of the past four years, it seems difficult to imagine just one scenario: secret retreat and disappearance from view.

During this transition period, television may tempt Donald Trump to once again return to the small screen.

And if his name was known in the 1980s and 1990s as a real estate mogul, the “junior” program was what allowed him to enter all American homes.

Trump, the co-producer of this reality TV show, which he presented between 2004 and 2015, was able to portray a strong and charismatic businessman.

And in a large conference room in the Trump Tower, the real estate mogul received two candidates who had been abandoning many of them, using his phrase that became known: “You are fired.”

On several occasions since his arrival at the White House, he lamented the status of “Fox News” television news, which was not “Trumpian” enough.

He tweeted a few months ago, saying, “Viewers want an alternative now. So am I.”

And 2021 could be an opportunity to start, either through the construction of a new station (but the initial investment may be prohibitive) or through existing “friendly” channels, such as “One America News” and “News Max TV”.

Once he leaves the White House, Donald Trump’s legal outlook could be drastically dim.

In New York, it is the target of two judicial investigations, each of which could lead to prosecution.

The second civilian investigation was initiated by New York State Attorney, Letitia James, and seeks to determine whether the Trump group lied about the size of its assets to obtain loans and tax benefits.

Despite his failure to win a second term, unlike his three predecessors Barack Obama, George W. Bush and Bill Clinton, he did not suffer a defeat at the polls, as some opinion polls expected.

In a record-breaking election that saw massive turnout, Trump received 70 million votes (Joe Biden’s 74 million votes) and thus could be tempted to remain in the center of the action.

So in theory, nothing could stop him from trying his luck again in the next four years.

The US Constitution prohibits the presidency for more than two consecutive terms, and allows him to run for a second term later.

And one man had already succeeded in this bet, Grover Cleveland, at the end of the nineteenth century. He was elected in 1884, defeated in 1888, and then elected again in 1892.

In addition to the countless political obstacles to be overcome, the issue of age can also arise.

Grover Cleveland was 56 years old at the start of his second term. Trump will be 78 years old.

The current US special envoy to Northern Ireland, Mick Mulvaney, spoke openly about the idea on Thursday. “I clearly expect the president to remain involved in politics and I think he will be one of the people who are most likely to be candidates in 2024,” he said.

With his provocative and cynical tone, the 45th president of the United States mentioned several “paths” about his life in recent months.

In June at the White House, he mentioned in a humorous tone the possibility of taking a road trip with his wife Melania.

In a less romantic intervention, he stopped a few days ago during a rally in Pennsylvania to express his admiration for the trucks parked from a distance.

“They are beautiful trucks! Do you think I can take one and go? I like it, just drive and block,” he said.

During a visit to The Fields, the largest community of retirees in Florida, Trump spoke of a hypothesis that reflects a greater tendency for calm. “I will move to (The Fields). The idea is not bad, but rather it appeals to me a lot,” he said.

There is still another, more extreme option.

A few weeks ago, he said, “I’m not feeling well,” referring to the humiliation he believes he will feel should he lose to his rival, “Sleepy Joe.”
“Maybe I will have to leave the country,” he concluded.

These were the details of the news How will life be like Donald Trump after leaving the White... for this day. We hope that we have succeeded by giving you the full details and information. To follow all our news, you can subscribe to the alerts system or to one of our different systems to provide you with all that is new.