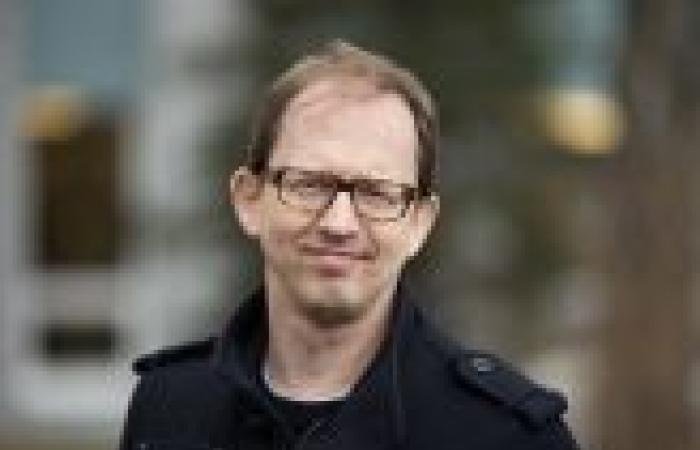 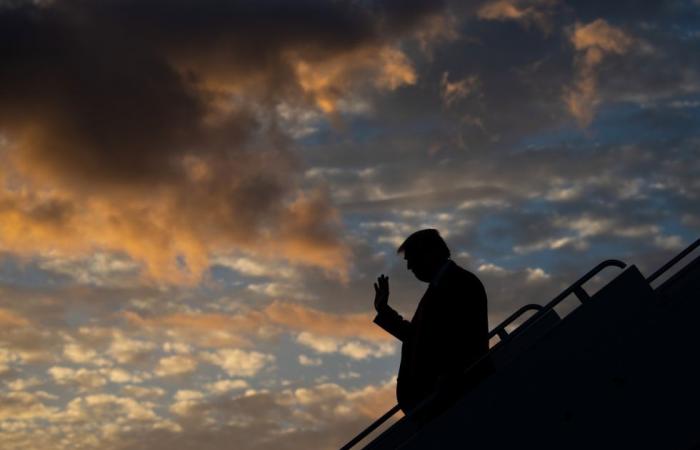 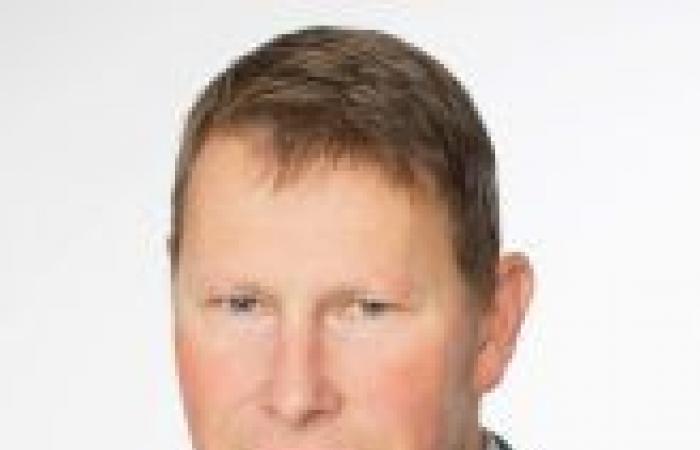 – Trump’s lack of respect for counting postal votes and unfounded allegations of electoral fraud weaken his position at the moment.

That is the opinion of US expert Alf Tomas Tønnessen. He works as an associate professor at Volda University College, Department of Language and Literature, and has in-depth knowledge of the Republican Party (GOP) and American conservatism.

– A defeat for Trump will trigger a leadership battle

Now he thinks Trump’s time as the Republican frontman may be over.

– I think a defeat for Trump will trigger a leadership battle. If Trump wants to fight for the Republican nomination in 2024, he will have to go through a new primary election campaign. There he will be confronted with weaknesses during his presidency. It is hardly certain that Trump will have an easy path to a nomination in 2024, says Tønnessen to ABC News.

He points to two candidates in particular who are now emerging as strong challengers to Trump.

– Some Republicans criticize Trump’s statements about election fraud in the last couple of days. Among the critics is Maryland’s Governor Larry Hogan. He may have ambitions to run in a presidential election in 2024 and point out that he has been the Republican governor of a strong democratic state. Former Gov. Chris Christie has also spoken negatively about Trump’s choice of words, but Christie has closer ties to Trump than Hogan, the US expert explains.

– Trump has played his role

Professor of political science at the Department of Sociology and Political Science at NTNU, Espen Moe, has researched American politics. He says this about what role Trump will be able to play in the Republican Party in the future.

– The Republicans seem to keep the majority in the Senate, they have got three Supreme Court judges, hundreds of other judges, a big tax relief, and a good deal of deregulation. Maybe this is the time to get rid of Trump. He has played his part. He will lead to a democratic majority in the Senate in two years, and be a problem ahead of the election in four years, says Moe to ABC News.

He believes the main reason many of the most prominent Republicans have kept a low profile during the count is that they have a long-term strategy that does not include the controversial president.

– They let him fry in their own fat

– The marriage between Trump and the GOP was hardly once again a sensible marriage, but a party coup. This could be the opportunity for Mitch McConnell and others to get their party back without significant costs. And therefore they are also sitting extremely still in the boat after the president’s speech about election fraud and various tweets about the same thing, the NTNU professor points out.

He believes Trump’s announced lawsuits against Pennsylvania and other states would have had much greater weight if a unanimous Republican party had backed this with heavy rhetoric about election fraud and other arguments.

– But they do not. They let him fry in their own fat, notes Moe.

Also read: Trump: – The election is not over 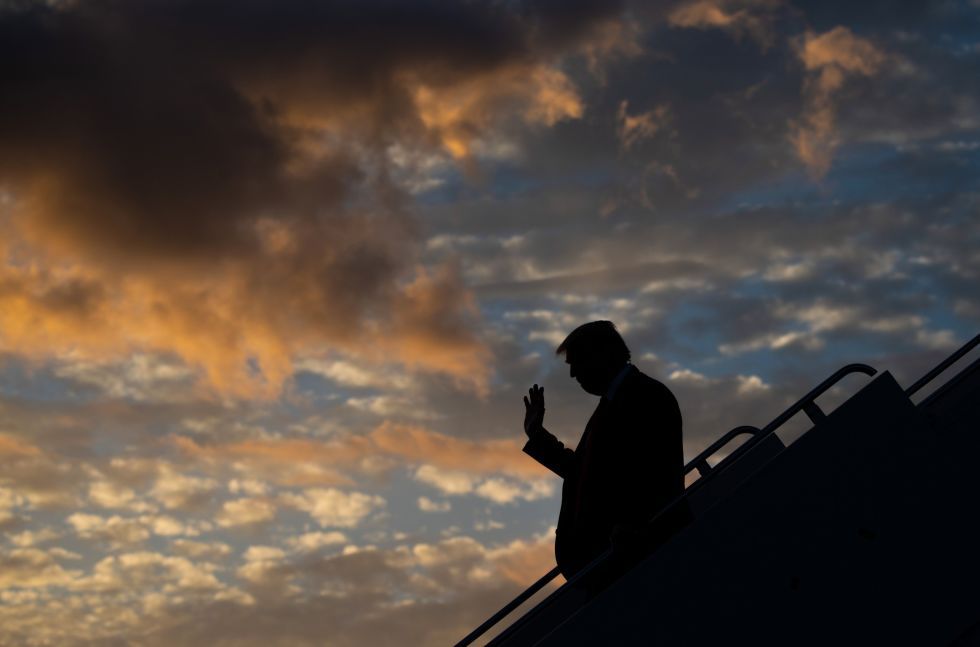 The Republicans’ big dilemma is Trump’s huge popularity in large parts of the American people. Trump has received more than 70 million votes, which shows Trump’s enormous appeal to voters. – With a loss with a larger margin than just one state, there will be strong forces in the party that want to say thank you and goodbye, and close this chapter once and for all, Professor Espen Moe believes. (Photo by SAUL LOEB / AFP) Photo: Saul Loeb / AFP

– A tactlessness that is unparalleled

Associate Professor Alf Tomas Tønnessen has previously stated that Trump’s inability to create reconciliation has exacerbated the crisis in the United States, and that this would probably be a decisive factor for his chances of winning during this year’s election.

– Trump is incapable of creating reconciliation and has exacerbated the crisis with a tactlessness that is unparalleled in American politics at this level. The difference between Republican tradition and what Trump does is his tactlessness, lack of understanding of the situation of blacks and the fact that he is deploying the military against his own population to clean up, Tønnessen has previously stated on the University’s own website.

Four challengers can topple Trump from the throne 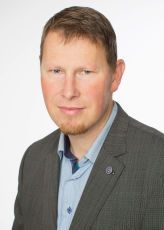 – It is uncertain whether Cruz and Rubio will run again in 2024. Cruz in particular has been loyal to Trump. Cruz won a number of states in the 2016 nomination. Former Ohio Gov. John Kasich will probably also be involved in a desire for a new leader. It’s also exciting what former South Carolina Gov. Nikki Haley chooses to do. Like Hogan, she has not distanced herself from Trump, but with her strong and varied experience as governor and UN ambassador, she will have a basis for a good election campaign in 2024., summarizes Tønnessen to ABC News.

– Strikes back on themselves

– Trump has been the most popular Republican senator, and there is also no doubt that the Republicans will try to keep the Trump voters, so none of this will be easy. If they distance themselves too much from him, it hits back at themselves. So, they have to find a very delicate balance between getting rid of him without losing his constituents, points out US expert Espen Moe.

– More willing to get rid of Trump

Moe points out that his party colleagues would have had to reconcile with Trump if he had won. But a defeat for Biden puts Trump’s position in a whole new light.

– With a loss with a larger margin than just one state, there will be strong forces in the party that want to say thank you and goodbye, and close this chapter once and for all. But I think, perhaps a little ironically, that the fact that the Republicans probably retain the majority in the Senate, and in that sense can block all major policy changes, makes them more willing to get rid of Trump. With a democratic Senate majority, it would have been natural to imagine that they would have fought much harder on behalf of the president. But they are sitting very still in the boat, says Moe.

– Trump is not gone as a problem

In addition, there have been signals that Trump may aim for a new presidential term in the next election.

– This does not mean that Trump will go “quietly”. He may decide to retire in four years, even though he will then be 78 years old. He has talked about starting his own TV channel. So, he is not gone as a problem for the Republican Party with losses here, but I think he will be gone as leader of the party, which will spend four years in opposition to find itself again, the professor concludes.

Video: Trump claims to have won the election

These were the details of the news – Maybe this is the time to get rid of Trump for this day. We hope that we have succeeded by giving you the full details and information. To follow all our news, you can subscribe to the alerts system or to one of our different systems to provide you with all that is new.