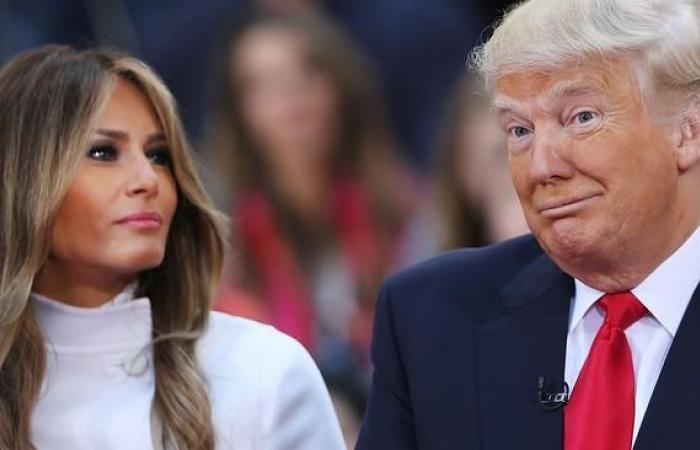 The US election drama has only gotten worse amid reports that growing numbers of Donald Trump’s own relatives – including Ms. Melania – are now pressuring him to make a concession.

The president, who convincingly lost the election to former Vice President Joe Biden on November 3rd, has so far refused to admit defeat.

He has repeatedly made a number of electoral fraud allegations, without evidence, despite having lost the popular vote by more than 4.4 million votes and only received 214 votes from the electoral college, compared to Mr Biden’s 290 votes.

To win a U.S. election, a candidate must get the crucial 270 electoral college votes to claim victory, and while three states – Alaska, Georgia, and North Carolina – aren’t done yet, they wouldn’t make any difference to the bottom line.

However, Mr Trump has dug his heels since election day, calling it a “stolen election” and calling his rivals on Twitter “thieves” while also using legal avenues to question the outcome.

However, it appears that the tide is starting to turn when it comes to Mr Trump’s own inner circle.

A “source familiar with the talks” reportedly told CNN that First Lady Melania Trump shared her opinion privately and instructed her husband to accept the situation.

“She offered it as she often does,” the source said, according to CNN.

In public, however, this is a different story: Ms. Trump takes to Twitter to reiterate her husband’s concerns about “illegal” voting.

“The American people deserve fair elections. Every legal – not illegal – vote should be counted. We have to protect our democracy with complete transparency, ”she wrote in her first statement since today’s US election on Twitter.

Meanwhile, CNN also reports that the president’s chief adviser and son-in-law, Jared Kushner, who is married to Trump’s eldest daughter Ivanka, has delivered a similar message, although Trump’s campaign spokesman Jason Miller has denied that claim.

RELATED: Trump To Barricade In The Oval Office

In contrast, Mr Trump’s eldest sons, Eric and Don Jr., have urged their father to continue the battle against the election result, with both also substantiating his unfounded fraud claims.

So far, some high profile Republicans have spoken out in favor of Mr Trump and backed up his claims, with former house spokesman Newt Gingrich talking about it sensationally Fox News in a statement that there was “breathtaking systemic corruption during this election”.

However, many others – including former President George W. Bush – have insisted that the electoral system be solid.

Mr Bush personally called Mr Biden to offer his congratulations and later made a public statement on the matter, describing the election as “fundamentally fair”.

“The result is clear,” said Bush.

“Although we have political differences, I know that Joe Biden is a good man who won his chance to lead and unite our country.”

The saga comes when celebrities and everyday US citizens took to the streets to celebrate Mr. Biden’s breathtaking victory.

The president-elect broke former President Barack Obama’s record for the most votes ever cast for a presidential candidate.

Meanwhile, with the Trump family pending on the election result, President Trump is a former aide and The Apprentice Star Omarosa Manigault Newman has made explosive new allegations against his marriage.

“It’s a very strange marriage. I am very careful about commenting on the dynamics of a marriage because you never know what is going on behind closed doors, ”she told the show.

“But I’ve known this couple since they were dating. They got married a year after The Apprentice aired.

“What I’ve seen over the past 17 years would turn your head. Sometimes they like each other, but sometimes she (Melania Trump) is rejected by him. ”

Now she has made new allegations that the marriage was in trouble.

According to the Daily mailClaiming the couple’s 15-year marriage was over, Omarosa added, “Melania counts every minute until he’s out of office and she can get a divorce.”

She wrote an explosive book, Unhinged, which offers a behind-the-scenes look at the Trump administration – and the president’s third marriage.

These were the details of the news Melania urges President Donald Trump to admit defeat for this day. We hope that we have succeeded by giving you the full details and information. To follow all our news, you can subscribe to the alerts system or to one of our different systems to provide you with all that is new.