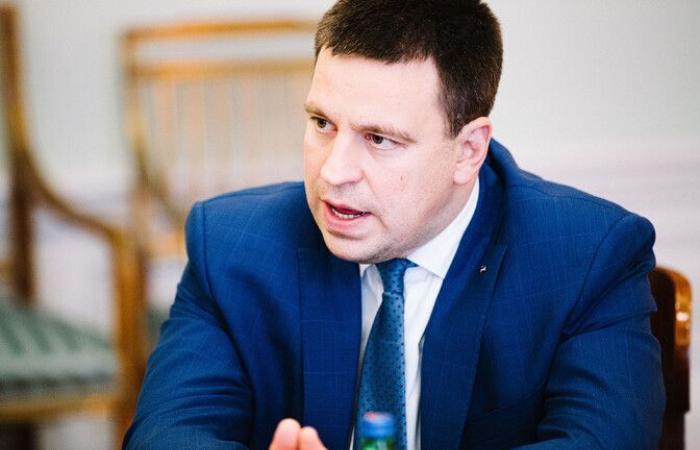 Foreign Minister Urmas Reinsalu (Isamaa) also condemned the statements, describing them as crazy and not representative of the attitude of the Estonian government.

“Mart and Martin Helmes’ remarks on the evaluation of the US elections are not to be taken seriously and are even absurd,” wrote Ratas on Sunday afternoon in his social media account.

The Helmes spoke together with EKRE MP Jaak Madison, who was in the US last Tuesday on election day, on their regular talk show on Sunday on Tre Raadio, a radio station run by EKRE MP Siim Pohlak.

Martin Helme, EKRE Chairman and Treasury Secretary, said: “I think there is no question that these elections were rigged.” When the results are in, the US Constitution would no longer come into force.

Home Secretary Mart said Biden’s victory, announced Saturday after several days of vote counting in key undeclared states, demonstrated the deep state of operation that could install “dirt bags” in high office, including Biden and his son Hunter, this could then easily be blackmailed.

Ratas rejected both the words and the fact that people in elected offices in Estonia had made them.

Ratas wrote: “Rude criticism based on false information and false news does not work for the ministers of the Republic of Estonia,” he continued, pointing out the importance of the US to Estonia.

Prime Minister: Strong US-Estonia relations are always a goal, regardless of who is president

“For Estonia, strong transatlantic relations and deepening bilateral defense cooperation with the US have always been a foreign policy goal, regardless of whether a Republican or a Democratic president is in office. To attack rhetoric against one of our most important allies is therefore extremely irresponsible. ”

“The members of the Estonian government need to remain balanced when commenting on the domestic policies of our greatest ally,” Ratas continued.

The Prime Minister, along with President Kersti Kaljulaid, Foreign Minister Urmas Reinsalu (Isamaa) and others, was one of the first in the Estonian leadership to greet the democratic candidate in his eventual victory.

“On behalf of the Estonian state, I congratulated Joe Biden by name on his election as the 46th US President,” said Ratas in his social media post on Sunday.

“The future president of the United States, for whom the people voted, is a very solid statesman who has pledged to stand up for the rights of all US citizens.”

“The US is a country with a very strong democracy, whose elections are honest, free and transparent. Disputes and complaints can be settled in court. This is common practice in every democratic state, ”explained Ratas.

The prime minister also scourged his finance minister and interior minister for playing with fire with Estonia’s security situation.

“Martin Helme, as chairman of his party and finance minister of the Republic of Estonia, must understand that the US is our greatest ally and irreplaceable strategic ally for both Estonia and the EU.”

“Mart Helme as Minister of the Interior should also know very well that serious allegations without evidence are unacceptable,” Ratas continued.

Ratas also reiterated that the elections were free and fair, and that the bulk of American voters had been included, and that, as president, Biden, in actions that Estonia could learn well from, could likely close the divide in society, including economic ones.

While Joe Biden was named president-elect on Saturday after Pennsylvania slumped and the required number of votes for the electoral college, incumbent President Donald Trump has not yet conceded and has consistently described the elections as rigged and promised legal action.

His party, the Republicans, will have a majority in the Senate after Tuesday’s elections.

Mart Helme had directly mentioned the Civil War on his radio appearance on Sunday, saying he had a dream in which Donald Trump was roaming a field littered with human entrails, adding that while Trump will ultimately emerge victorious in reality, this is but only afterwards will there be a fight that can also involve bloodshed.

Urmas Reinsalu says Helmes’ statements do not reflect the Estonian government’s position on the US election and Biden’s victory, adding that the minister should stick to domestic policy rather than trying to interfere in US affairs.

“This (Helmes’ Comments – Ed.) Is a crazy line that does not represent, for a second or in any way, the official position of the Estonian state. I recommend my government colleagues to deal with the problems of Estonia, not the leadership of the USA, “Reinsalu wrote on Sunday on his own social media account

“It is possible to express your views on Allied politics with dignity,” Reinsalu added, noting that insults against Biden damage Allied relations and are not in the interests of Estonia’s independence.

Over the past 12 months, Mart Helme has referred to Finnish Prime Minister Sanna Marin as a “saleswoman” and said that Estonia needs a “Plan B” to protect against NATO membership.

Kaja Kallas: Are there limits?

The chairman of the reform party, Kaja Kallas, says that in the week from Monday, the third that the party initiated in the interior minister, a motion of no confidence will be placed in Mart Helme.

“A motion of no confidence in Mart Helme is planned for the new week. All MPs who vote or abstain from the motion can in fact approve of their positions (those issued by Helme), as the minister then remains in office and continues to shame Estonia. Are there any limits? “Kallas wrote on her own social media account on Sunday.

In order for a motion of censure to be accepted, it must receive at least 51 votes in the 101-seat Riigikogu. Reform and the other opposition party, the Social Democrats, have 44 seats, which means more than half a dozen coalition MPs would have to vote with them on the motion.

These were the details of the news Prime Minister: Helmes’ Biden noted absurd and inappropriate remarks on news for this day. We hope that we have succeeded by giving you the full details and information. To follow all our news, you can subscribe to the alerts system or to one of our different systems to provide you with all that is new.