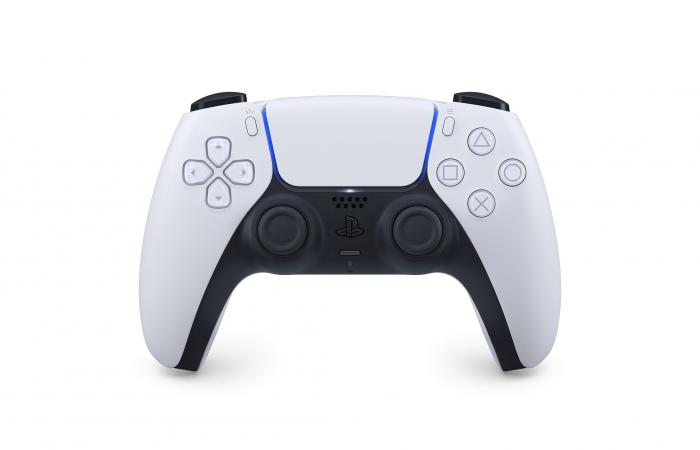 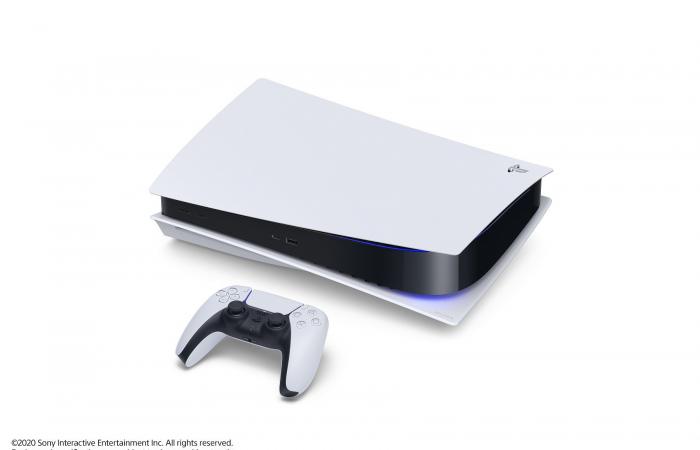 At the beginning of the next generation of video games, Sony has released the fetters with the PlayStation 5 and fundamentally changed the look and play of the consoles.

This is a PlayStation console that has been dramatically redesigned with completely redesigned software and an advanced controller – a system ready for the next few years of gaming advancement.

Here’s a closer look at the PlayStation 5.

Unlike the new Xbox Series X, which went for a muted statement with its black-box design, the PS5 is an eye-catching, eye-catching statement for its presence in the room.

A curved black interior is flanked by two sharp white panels that rise like the tips of a crown to form a console that looks almost like a skyscraper from a city of the future.

It’s also huge – considerably larger than the Xbox Series X and console in general – and therefore not to everyone’s taste.

It’s not exactly a nice looking console, but it still stands out.

The new PS5 controller has an improved haptic feedback system (Sony).
This design change continues with the new DualSense wireless controller, which features the same white and black aesthetic.

It’s also slightly larger than the PS4 controller, so it’s more comfortable to hold and easier to hold.

But it’s within the controller where the big changes are taking place, with a new haptic feedback system that offers dynamic vibrations in incredibly diverse and subtle ways.

These are not just basic vibration levels – the type, intensity, rhythm, and direction can also keep track of what is happening on the screen with real accuracy.

It’s unlike any other controller experience and it’s remarkable how much of a difference it makes while playing.

The PS5 user interface is comfortable and familiar to existing PlayStation users.

It’s been refined as you’d expect from a new generation console, but the simple, uncluttered menu screen is easy to navigate.

Within that user interface is of course the most important part of any console – the games.

Similar to the Xbox Series X, the PlayStation 5 does not start with a number of new, exclusive next-generation games, but still offers some highlights.

First, Astros Playroom, which comes with the console, is meant to be an introduction to the DualSense controller’s new haptic engine, but it’s much more than that.

Yes, it’s an amazing way to see all of the new features on the controller, and it’s highly recommended for PS5 owners to experience it, but it’s also a high-quality, casual gaming experience that is well worth your time.

The hardware in the PS5 also ensures that the overall gaming experience is faster and better looking than ever.

The new console has been completely redesigned (Sony)
Games can be loaded and started in next to no time. During testing, the software was selected, loaded and ready to play in less than 20 seconds.

And once they’re loaded, they look great.

Thanks to technologies such as ray tracing, the lighting looks more realistic than ever, and frame rates of 60 frames per second (fps) by default with a capability of up to 120 fps – and 8K support in the future – ensure that the images run very well smooth.

Initial experience with new games like Spider-Man Miles Morales shows the console’s early potential – this is a fast-paced, expansive game, but the console handles it with ease.

This shows perfectly in how quiet the fan is even after long periods of use. This in itself is a big and important step forward.

It is crucial that Sony also brings an extensive library of games to the PS5 thanks to the backward compatibility.

It was a huge mistake in the last generation, but the introduction now makes the PS5 a very enticing prospect for the future, with a number of titles to come, including high profile exclusive sequels like God Of War: Ragnarok and Horizon Forbidden West the way.

Much like the new Xbox, the best new games for the PlayStation 5 are likely to come.

However, there is already enough here to get you excited about now and the future.

Sony has developed a system that is fast, powerful and, thanks to new technologies such as 3D audio and the haptic feedback upgrades in the controller, offers some of the most engaging gaming experiences ever seen.

At $ 499.99 (or $ 399.99 for the digital edition without a CD drive), that’s a significant investment, but nothing suggests this would be anything other than a smart move for any gaming fanatic.

The PlayStation 5 will be available in Ireland on November 19th.

These were the details of the news Should you buy the PlayStation 5? for this day. We hope that we have succeeded by giving you the full details and information. To follow all our news, you can subscribe to the alerts system or to one of our different systems to provide you with all that is new.