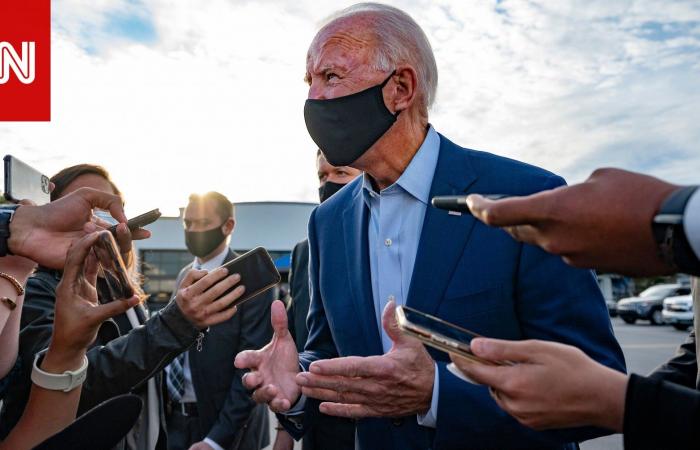 Dubai, United Arab Emirates (CNN) – Social media activists circulate videos of statements made by the US President-elect, Joe Biden, during the presidential debates and his election campaigns about Saudi Arabia.

In the videos circulating during a presidential debate on MSNBC, Biden criticized the government of the Kingdom of Saudi Arabia over the issue of the killing of the journalist, Jamal Khashoggi, at his country’s consulate in Istanbul.

In conjunction with the spread of Biden’s previous statements, activists circulated on social media, a previous video clip of Prince Bandar bin Sultan, the former Saudi ambassador to Washington and the former head of intelligence in the Kingdom, in which he said: “Every American president came from Roosevelt to today dealt with the Kingdom.” Saudi Arabia with respect and friendship, but every candidate who said words during the nomination are considered and may be taken as being against the Kingdom of Saudi Arabia, after the elections it was proven to them that the Kingdom is a steady, friendly, friendly country ..

Prince Bandar continued, saying: “They believe that the parties that can simplify this talk and these parties are the ones who lose in the final analysis, why? It works for the sake of good what is for the sake of evil and a moderate state and its word is sincere.

These were the details of the news Biden’s previous statements about Saudi Arabia stand out, and tweeters respond... for this day. We hope that we have succeeded by giving you the full details and information. To follow all our news, you can subscribe to the alerts system or to one of our different systems to provide you with all that is new.